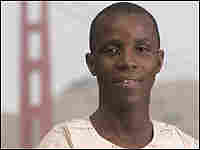 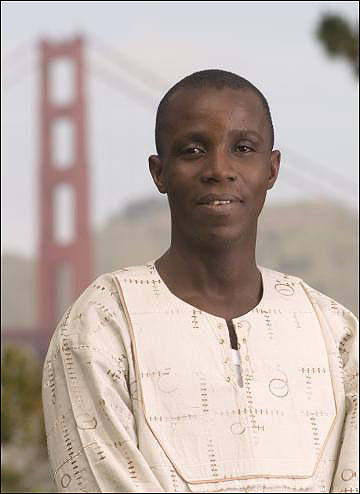 Silas Siakor is an environmental activist who exposed illegal logging in the rainforest of Liberia. The money from those down trees helped former Liberian President Charles Taylor stay in power for as long as he did and paid off the warlords who worked in concert with him.

This week in Washington D.C., Mr. Siakor accepted the Goldman Environmental Prize. This is the world's most prestigious award for grassroots environmental activism. Silas Siakor joins us in our studios. Thank you so much for being with us.

SILAS SIAKOR: Thank you very much for having me.

SIMON: How did you connect the timber trade to Charles Taylor?

SIAKOR: Well, actually that connection was pretty obvious for many years. We think the international communities simply chose to turn a blind eye, because as far back as 1992 Taylor was already harvesting on his behalf when he was still just a rebel leader. But by 1997, after he won the elections and became the legitimate president of Liberia, that was when he actually intensified the exploitation of the timber.

And by 2002, timber production had actually gone up by one thousand three hundred percent over 1997 production. So it was primarily a matter of pulling the information together, organizing and bringing it forward.

SIMON: How do you pull information like that together?

SIAKOR: Well, we had a string of different informants in three of the major ports in Liberia sea ports. And we had people working with the sea port authority in those areas who was also providing information. And we had people working within the companies themselves. So we had basically three independent sources of information. And in a lot of instances we insisted on documented proof as well.

SIMON: I imagine you had to get information from people who would be frightened to offend Charles Taylor.

SIAKOR: We were living in very dangerous times. A lot of times I had to go in to feel myself in addition to what we were gathering from the ports, go out into villages, towns and communities where the timber companies were actually actively extracting timber, where the militias were actually deployed and were harassing, intimidating and committing human rights abuses. So we would actually go out there and by our own presence and our engagement, that helped to increase the level of confidence in those people. Because one message that we always tell them is, this is about justice, this is about human rights. If you do the right thing, you may not be a Christian but there is a God that's going to protect you.

SIMON: How effective is the UN ban on Liberian timber been?

SIAKOR: You know, honestly I can say that the timber ban is one thing that led to the downfall of Charles Taylor. Timber was the last remaining source of revenue that he was dependent on to continue to wage his war in the region.

SIMON: Can you mention some of the timber companies by name?

SIAKOR: There were up to 70 different operators in the forest sector. The Oriental Timber Company, which was primarily Chinese; the Salami Malawi(ph) International, which was owned by one of Taylor's generals. The Merilin(ph) Wood Processing Industry, which is owned by a Lebanese businessman, Abas Fuwas(ph). We had about 70, but fortunately right now all of those concessions have been canceled.

SIMON: Do I have this correct, that half the mammals on the African continent are somewhere in that rain forest? And Liberia's rainforest cover nearly 12 million acres?

SIAKOR: Exactly, and for Liberia, we still host about 44 to 45 percent of the rainforest in all of humid West Africa that's covering nine, ten countries in the region. So in terms of biodiversity conservation, Liberia's forests is quite critical. We have some of the rarest species of plants and animals in that region, in particular the rarest deer species in the world. You find them in Liberia.

SIMON: Silas Siakor of Liberia, head of the Sustainable Development Institute and one of this year's winners of the Goldman Environmental Prize.