Accessibility links
iPods Edge Out Home Stereo Systems Apple's iPod and other digital music players are reshaping the home-stereo business. Users aren't just relying on the devices to store their music. In some instances, they're using them as their main listening device in the home. 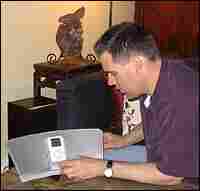 Greg Thomas listens to an iPod docked in a Klipsch iGroove, which has replaced his traditional home stereo. Photos by Jack Speer, NPR hide caption 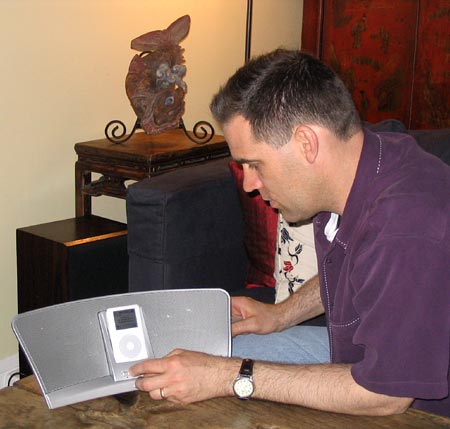 Greg Thomas listens to an iPod docked in a Klipsch iGroove, which has replaced his traditional home stereo. 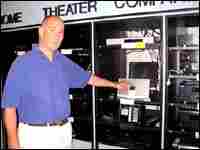 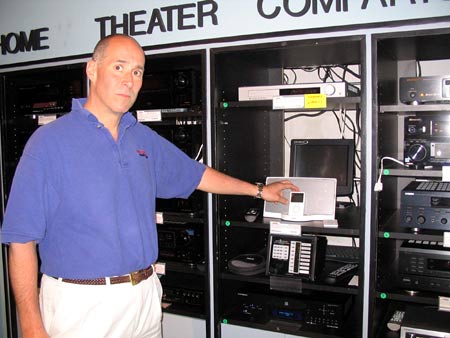 The popularity of digital music players like Apple's iPod is reshaping the home-stereo business. Users aren't just relying on the devices to store their music. In some instances, they're using them as their main listening device in the home. Sales of high-end audio equipment have taken a dive as a result.

Greg Thomas considers himself something of an audiophile. But these days, he usually listens to music on compressed digital files played through his iPod. He has downloaded about 10,000 songs onto the digital-music player, which are available at the touch of a button.

"I never have to go into my CD cabinet and cruise through there trying to find the title [I'm] looking for," Thomas says. "It's all right there, so the iPod has completely replaced using CDs for me."

And it's not just his CD collection that's gathering dust. The 39-year-old Maryland schoolteacher says his trusty home stereo, the one he's had for years, now sits tucked away in a closet.

Thomas says that sound is still important to him, but he's replaced his bulky stereo -- with its wires, cables and individual components -- with a small, stylish, white speaker system that lets him to listen to his iPod without using headphones.

The changing listening habits of Thomas and millions like him are causing a profound shift in the audio market.

"It's a landscape that is fraught with peril, but also fraught with opportunity," says Gary Yacoubian, president of MeyerEmco, a small, specialty-audio chain in the Washington, D.C., area. He says it's the first time ever that sales of small, portable, digital-audio devices, like the iPod, exceeded those of home entertainment systems.

Yacoubian says that, at first, there was resistance to carrying digital-music players in his stores. But now, alongside the super-expensive stereo receivers and speaker systems sit small music systems designed specifically for the iPod and other MP3 players. Some of the systems are made by personal-computer makers rather than traditional audio manufacturers.

Unlike the thousands of dollars a high-end stereo might cost, these devices retail for just a few hundred dollars.

And while some audio purists point to the fact the iPod and similar devices play back compressed digital files at a lower quality than CDs, listeners don't seem to care, at least not according to the sales numbers.