Accessibility links
Danica Patrick: 'Girl' Takes Charge Behind the Wheel Danica Patrick placed fourth at last year's Indianapolis 500, earning the best time in the race for a woman driver. A self-described "girl," Patrick discusses how she got her start in the sport and the challenges she faces on the racetrack. 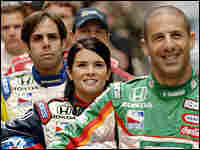 Danica Patrick, shown here in May 2005, a week before she placed fourth in the Indianapolis 500. Stan Honda/AFP/Getty Images hide caption

Danica Patrick placed fourth at last year's Indianapolis 500, earning the best time in the contest for a woman driver. While she didn't take the checkered flag, Patrick did become the first woman to lead a lap in the legendary race. She hopes to top that finish in this year's Indy 500 on May 28.

A self-described "girl," Patrick discusses how she got her start in the sport and the challenges she faces on the track. 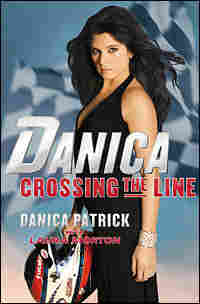 This was my first time visiting Japan, and I was very excited. It wasn't just the anticipation of the race. It was great seeing Tokyo and the country of Japan. I know that I came to Motegi as a rookie, but this track was different than the others I had run prior to coming here to race. Each end of the track is different; one end is really fast and wide, and the other end is much tighter. I hoped to do well here. My teammates Buddy Rice and Vitor Meira have both raced at Motegi before, so they gave me some tips and advice on what to expect.

Clear skies and bright sunshine greeted the racers and the enthusiastic fans on race day. Motegi is a world-class 1.5-mile oval track. It was a pretty solid opening day for me. It took me some time to get up to speed, but my team made some good changes to my car in each of the two practice sessions, and we were able to work on both the qualifying and race day setups. It was a little hotter than I expected, which meant we had to adjust the car from the initial setup because of the changed conditions. I am getting more used to the faster oval tracks. Every time I race, I learn a little more about driving an IndyCar, and this race would be the biggest lesson so far. There is a wealth of talent and experience in this series, which means there's no room for anyone to view me as a fluke, or just another woman trying to race cars. I was beginning to show the improvement everyone looks for from rookies, and it felt good that other people were starting to see my skill shine through.

After a couple of races of qualifying at the back of the pack, I finally qualified in the top two, losing the much-sought-after and coveted pole position to Sam Hornish by 0.002 of a second. He edged me out after I led the qualifying race for most of the day. This field was as tight and competitive as it has been all season. I was uncertain how qualifying would go. I wasn't sure if I could win the pole, but after the first lap, the car felt good -- really good. After my qualification attempt, I kept looking over my shoulder at the scoring tower to see if anyone had beaten my time. The conditions got a little cooler with the onset of some cloud cover, which worked to Sam's benefit, and I was bumped to "P2" -- second place.

Finally, after three prior races of qualifying slow, I suddenly understood what it felt like to start on the front row of an Indy Racing League (IRL) race. It was awesome. It felt as if a ton of bricks had been lifted from my shoulders. Maybe it was that proverbial "rookie" weight that had been slowing me down up to this race. It didn't matter. I knew I had arrived as a driver, and it felt great. I was nervous. This was the first time I had started in the front, and I knew it was my first real chance of the season to show these boys what I was made of...and it's not sugar and spice. Nope. Not this girl. I was filled with adrenaline and determination, piss and vinegar.

I took the lead right from the start, passing Sam on the outside at turn two. I nearly spun in the middle of the pass. My tires were cold, which means they didn't have much grip on the track. But I managed to make it stick and took the lead. I was in the lead for a while, being chased by the other drivers as if they were those wolves that used to haunt me in my dreams. But this chase was no dream. It was real. It was happening live, in full Technicolor, and at 220 mph. I realized that day I am no longer terrified of being chased. In fact, I love being chased. It meant I was in the lead. I raced in front for most of the day -- and I felt relieved.

Racing experts say that if you have a good race in Motegi, chances are you'll have a good race in Indianapolis. I wasn't sure if that was true or not. All I knew was that I was having the time of my life. But I was disappointed by the outcome. My engineer gave me the direction to change fuel positions, which restricts the amount of fuel going through the engine. If I hadn't conserved my fuel by slowing down, I would never have made it to the finish line. This strategy got me my highest finishing position so far. It was a challenging race because I am learning I can't always drive the car as hard as I would like -- and I like to drive hard. I gained precious experience, which is what a rookie season is all about. It was frustrating, because the car was so good. I started second and finished fourth -- things were looking up.

There was no turning back. I now had the confirmation that I could be a real contender in racing. Other people now knew it too. I showed the doubters I can lead a race, set the pace, and possibly -- no, probably -- find an IRL win. Though nobody ever said it to my face, prior to Motegi I think a lot of people were skeptical of my ability. They thought I was a good publicity tool for the IRL but never gave me the respect or credit I deserved as a driver -- at least not until that day.

The chase was officially "on" after that race. I knew I had a shot at winning the Indy 500, and now so did everyone else. 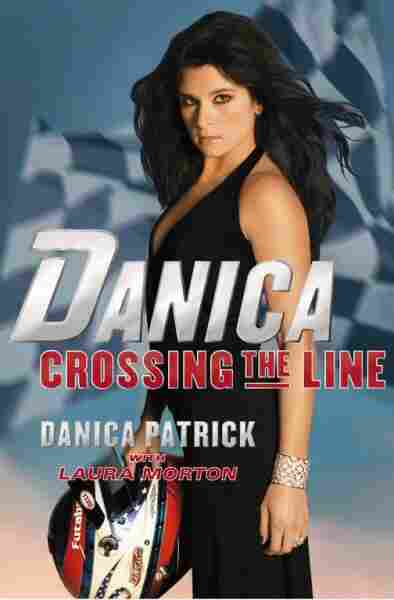 by Danica Patrick and Laura Morton