Accessibility links
Memoir Offers an Inside Look at Autism Kamran Nazeer's memoir Send in the Idiots recalls his days at a school for autistic children. He tracks down former classmates and explores how they are handling their autism as adults.

Listen
Memoir Offers an Inside Look at Autism

Kamran Nazeer's memoir Send in the Idiots recalls his days at a school for autistic children. He tracks down former classmates and explores how they are handling their autism as adults. 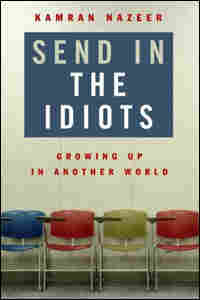 Send in the Idiots: Stories from the Other Side of Autism; by Kamran Nazeer hide caption

Kamran Nazeer was four years old when he started school in the 1980s, a special school in New York City for autistic children. Nazeer is now a civil servant in the British government and he's just written a book, Send in the Idiots: Stories from the Other Side of Autism. It's about what happened to four of his classmates in the 20 years since they went to school together. He visited our studios last week and took us back to his school days.

Mr. KAMRAN NAZEER (Author, Send in the Idiots): I have this memory of sitting on the steps outside the school and sitting next to Andre. And I Andre I remember was a little bit older than me and a little bit taller than me. While I stretched over three steps, what I remember is Andre could stretch over four steps. And so it's really just tiny little things that I remember.

And I remember about three years ago, I was visiting a friend in New York and I started walking in the streets around our school. It was only after I'd walked down the second or third street that I realized what I was doing, which was that I was looking for the building. And eventually I found the building and I sat on the steps outside and I thought about sitting next to Andre. And I thought about comparing my size to his.

HANSEN: Because one of your memories was sitting on the steps and how much taller Andre was then. Let's start with Andre. He was living in Boston. You visited him. He was living with his sister Amanda. And he is someone who seems to illustrate one of the problems of communication for those who are diagnosed with autism, and it is a spectrum of autism. There's various degrees of functionality. Andre treats, as you write, conversation as performance to the point where he uses puppets to communicate. Explain his behaviors in the context of autism and now of him as an adult.

Now, as you can imagine, those kinds of settings come up all the time and not just in personal situations, but in work situations. And what Andre tries to do first of all, is he tries to find local coherence in very simple ways.

And so what they do is they look for something simple to do. They look for something very insignificant, but something that they can focus on, which provides them with a form of local coherence. It allows them to stop being flooded by all the detail. It can be something as simple as clicking a pen on and off or playing around with a clip.

And Andre tries those sorts of techniques first.

HANSEN: You also seem to share certain strategies for your own local coherence to not be distracted by details. But I notice you have a fountain pen, a ballpoint pen in front of you, and occasionally you will just touch it and look at it and it appears as if you're focusing yourself.

Mr. NAZEER: Yes. I'm glad I had a pen in my pocket, because I don't have any other props here. The length of pen is slightly greater than the width of the control box that it's resting against. And so what I'm trying to make sure of is that when I put the pen up against the control box, the length of the pen exposed at each end is equal.

HANSEN: Let's talk about Craig. Craig is now a speechwriter. He always had a gift with words in terms of writing them and writing speeches but he's unable to deliver them. Tell us his story.

Mr. NAZEER: I think Craig's position is quite unusual. I think Craig's difficulties with face-to-face verbal communication are, they're relatively severe in the sense that he, of course, can form full sentences. He can, of course, follow a conversation, but he can't make eye contact at all. He will make it fleetingly, because he's been taught that it's an important thing to do, but he can't hold it.

So that's really quite disconcerting. But then it all changes when it comes to his writing. And it is something that I, that he hasn't made his mind up yet about, and that I haven't made my mind up about yet.

And that's the really fundamental question. I mean, it's really a question I think that comes to the heart of what artistic people are capable of. Are they ever able to really do it, or are they always just faking it?

Mr. NAZEER: I think it's an unrepresentative sample. I think that the people in this book, for the most part, are towards the middle or higher end of the autism spectrum. I think, though, the point that I'm really trying to make in this book, though, is that even for these people, their difficulties were initially really quite profound. Their lives are still very much marked by their autism and the symptoms of it, and nevertheless, they've changed in really fundamental ways.

They've moved in very fundamental ways. They now have really significant relationships with other people. They now have really significant work that they do and that they derive meaning from. And these are all things that they weren't really ever expected to be able to do, even though they were in the middle or towards the top of the autism spectrum. When they were first diagnosed, their teachers or their parents worried that they would never be able to have these experiences. But they have had these experiences.

And so it's not just me and its not just Craig, it's at least a bunch of us who've had these experiences. And so it seems to me that it's not foolish or naïve to think that even autistic people who have really fundamental difficulties, that they can make progress, that they can change in some ways.

HANSEN: Kamram Nazeer's new book, Send in the Idiots: Stories from the Other Side of Autism, is published by Bloomsbury Publishing. And he joined us in our studio.

It was very nice to meet you. Thank you for coming in.

Mr. NAZEER: Thank you for having me. 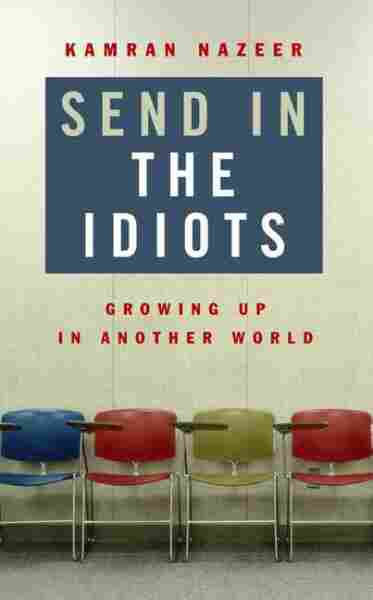 Send in the Idiots

Stories from the Other Side of Autism