Accessibility links
Gary Shteyngart Chronicles Life in 'Absurdistan' Gary Shteyngart came to the United States in 1979 as a 7 year old Soviet-Jewish kid. He left behind a life of childhood bliss to become a self-described depressive nerd. He's all grown up now, and his new novel, Absurdistan, imagines an oil-rich country run by kleptocrats and oil giants. 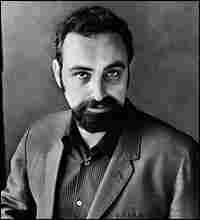 A joke about Leonid Brezhnev

Gary Shteyngart came to the United States in 1979 as a 7-year-old Soviet-Jewish kid. He says he left behind a life of childhood bliss for the lot of a depressive, self-described nerd in New York City.

His new novel is about a country called Absurdistan. The country might remind readers of certain countries in the Caucasus, like Azerbaijan or Georgia, says Shteyngart. His Absurdistan is oil-rich and run by an elite kleptocracy and a group of companies, including Halliburton. 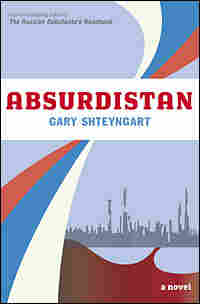 Chapter 1: The Night in Question

I am Misha Borisovich Vainberg, age thirty, a grossly overweight man with small, deeply set blue eyes, a pretty Jewish beak that brings to mind the most distinguished breed of parrot, and lips so delicate you would want to wipe them with the naked back of your hand.

For many of my last years, I have lived in St. Petersburg, Russia, neither by choice nor by desire. The City of the Czars, the Venice of the North, Russia's cultural capital… forget all that. By the year 2001, our St. Leninsburg has taken on the appearance of a phantasmagoric third-world city, our neoclassical buildings sinking into the crap-choked canals, bizarre peasant huts fashioned out of corrugated metal and plywood colonizing the broad avenues with their capitalist iconography (cigarette ads featuring an American football player catching a hamburger with a baseball mitt), and what is worst of all, our intelligent, depressive citizenry has been replaced by a new race of mutants dressed in studied imitation of the West, young women in tight Lycra, their scooped-up little breasts pointing at once to New York and Shanghai, with men in fake black Calvin Klein jeans hanging limply around their caved-in asses.

The good news is that when you're an incorrigible fatso like me -- 325 pounds at last count -- and the son of the 1,238th richest man in Russia, all of St. Leninsburg rushes out to service you: the drawbridges lower themselves as you advance, and the pretty palaces line up alongside the canal banks, thrusting their busty friezes in your face. You are blessed with the rarest treasure to be found in this mineral-rich land. You are blessed with respect.

On the night of June 15 in the catastrophic year 2001, I was getting plenty of respect from my friends at a restaurant called the Home of the Russian Fisherman on Krestovskiy Island, one of the verdant islands caught in the delta of the Neva River. Krestovskiy is where we rich people pretend to be living in a kind of post-Soviet Switzerland, trudging along the manicured bike paths built 'round our kottedzhes and town khauses, and filling our lungs with parcels of atmosphere seemingly imported from the Alps.

The Fisherman's gimmick is that you catch your own fish out of a man-made lake, and then for about US$50 per kilo, the kitchen staff will smoke it for you or bake it on coals. On what the police would later call "the night in question," we were standing around the Spawning Salmon pontoon, yelling at our servants, drinking down carafes of green California Riesling, our Nokia mobilniki ringing with the social urgency that comes only when the White Nights strangle the nighttime, when the inhabitants of our ruined city are kept permanently awake by the pink afterglow of the northern sun, when the best you can do is drink your friends into the morning.

Let me tell you something: without good friends, you might as well drown yourself in Russia. 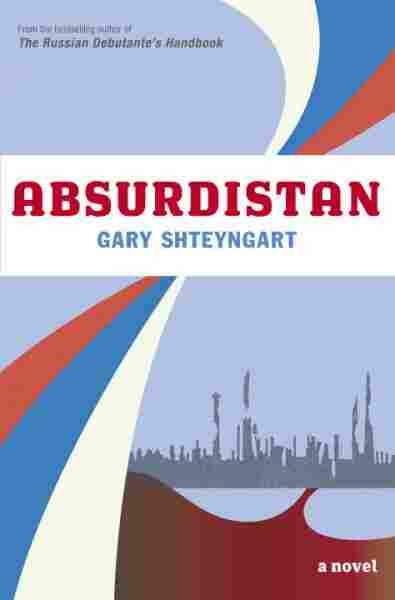