In 1815, Franz Schubert turned 18, and was itching for a change. He wasn't entirely happy, laboring as a teacher in his father's school. When he wasn't correcting the children's exercises, music seemed to pour out of him. 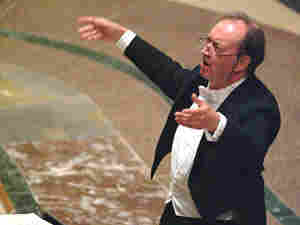 He wrote 145 songs, two Masses, several other large sacred works, a number of choruses, piano pieces, a string quartet, and two symphonies--an average of 65 measures of music per day, that year. No wonder it's been called Schubert's "miracle year."

"This kind of genius is given by god," Harnoncourt says. "He was thrown down from the moon to the earth and no one can understand why this was possible. When Schubert started to write his symphonies, as a boy, it's as if he is already an experienced composer who knows the psychology of his contemporaries, not only musically but also the philosophy."

One of the symphonies Schubert completed in his "miracle year" was the Symphony No. 2 in B-flat. Harnoncourt says that one of the key elements in this early symphony is the concept of searching.

"This kind of feeling, that you have to seek something with all your soul and heart and longing, and you seek it and seek it and at the same time you know that you can never reach it in your lifetime--this is for me, Franz Schubert."