Warning: getimagesize(https://media.npr.org/books/summer/2006/lowry-61763e38b0330ee4c501bc8be979bf6855148e93.jpg): failed to open stream: HTTP request failed! HTTP/1.0 404 Not Found in /var/www/html/src/Views/CommonJsonldView.php on line 87
 Excerpt: 'Gossamer' : NPR
Accessibility links
Excerpt: 'Gossamer' In his roundup of summer reading for All Things Considered, book critic Alan Cheuse includes this title for children by Lois Lowry. It's a book about the tiny imaginary, but quite believable, creatures that bestow dreams on us while we sleep. 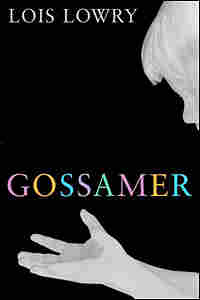 Book critic Allan Cheuse calls this novel for kids "a book to soothe nightmares" in his roundup of summer reading choices for All Things Considered.

An owl called, its shuddering hoots repeating mournfully in the distance. Somewhere nearby, heavy wings swooped and a young rabbit, captured by sharp talons, shrieked as he was lifted to his doom. Startled, a raccoon looked up with bright eyes from the place where he was foraging. Two deer moved in tandem through a meadow. A thin cloud slid across the moon.

The pair crept stealthily through the small house. Night was their time of work, the time when human conversation had ceased, when thoughts had drifted away and even breathing and heartbeats had slowed. The outdoors was awake and stirring but the little house was dark and silent.

They tiptoed, and whispered. Unaware, the woman and her dog slept soundly, though the dog, on his pillow bed of cedar shavings at the foot of the woman's four-poster, moved his legs now and then as if chasing a dream rabbit.

"Are we a kind of dog?" Littlest One asked suddenly.

They crept through the bedroom, out into the dark hall.

"Oh, all right. Very quietly, though."

Littlest One, whose name was sometimes shortened affectionately to simply Littlest, was working on this night with Fastidious, the one who had been designated her teacher. Littlest was very small, new to the work, energetic and curious. Fastidious was tired, impatient, and had a headache. She sniffed in exasperation.

"Whatever makes you ask such a thing? The other learners never ask questions like that."

"That's because they don't take time to think about things. I'm a thinker. Right now I'm thinking about whether I am a kind of dog."

"You just tiptoed past one. What did you notice about him?"

Littlest One thought. "A slight snore, a whiff of doggy breath, and his upper lip was folded under by mistake, just above a big tooth. It gave him an odd expression."

"Does he resemble us in the least?"

Littlest pondered. "No. But I believe there are many kinds of dogs. We saw that book, remember."

"Hurry along," Fastidious said. "There's much to do, and we have to go down the stairs yet."

Littlest One hurried along. The stairs were difficult, and she had to concentrate.

"You do remember the book, don't you? Ouch!" She had stumbled a bit.

"Grasp the carpet fibers. Look how I'm doing it."

"Couldn't we flutter down?"

"We can't waste our flutters. They use up energy."

They both made their way carefully down. "I hear there are houses that have no stairs," Fastidious murmured in an irritated tone. "None at all. I sometimes wish that I had not been assigned this particular house."

Littlest looked around when they reached the bottom of the stairs. She could see now into the large room with the very colorful rug. The small-paned windows were outlined in moonlight on the floor by the rug's edge. "I think this house is lovely," she said. "I wouldn't want any other house."

They tiptoed across. Littlest noticed her own shadow in the moonlight. "My goodness!" she exclaimed. "I didn't know we had shadows!"

"Of course we do. All creatures have shadows. They are a phenomenon created by light."

A phenomenon created by light. What a fine phrase, Littlest thought. She twirled suddenly on the rug and watched her shadow dance.

"Why is your shadow darker than mine?" she asked Fastidious, noticing the difference just then.

"I'm—well, I'm thicker than you. You're barely formed yet. You're practically transparent."

"Oh." Littlest examined her own self and saw that it was true. She had not paid much attention before to her own parts. Now she touched her ears, watching the shadow's arms move, too; then she swiveled her neck to peer down at her own tiny behind.

"There. You have answered your own question. Come more quickly, please. You are dawdling."

Reluctantly, Littlest scurried across the design of the carpet, beyond the moonlit rectangles, and onto the pine-boarded floor, which was always a little dangerous because of splinters.

"What if the dog woke? Would he see us? Or smell us, perhaps? I know he has a very significant nose. And if he did see us, or smell us, would that be dangerous for us?

"Or the woman? She woke the other night, remember? Because there was a bat in the house? It swooped and woke her somehow. She didn't like the bat. She was quite brave, I remember, and opened a window so the bat flew out into the night, which was where he had wanted to be all along, doing his night food-finding.

"But what if our little footsteps and flutterings had woken her? Would she have seen us?

"Are we visible to her?

"I know we don't fly the way bats do, but we operate at night. Might we be a type of bat?"

Fastidious turned suddenly with a very annoyed gesture. "Enough! Hush! Stop that questioning! We have our work to do. You insisted on coming. You said you'd be quiet. My nerves are becoming frayed. I want no more questions now. None whatsoever."

"All right. I promise," Littlest One said obediently. They continued on, one following the other.

"Are you doing your assigned tasks?"

"Yes. I touched the rug. And I'm touching this sweater now, the one she left on the chair."

"Gently. Do not under any circumstances press. But linger and get the feel of it into yourself."

"Yes, I am. You showed me how." Littlest was running her tiny fingers carefully over the sweater's soft sleeve. Then she touched a button and let her hand linger on it. It was startling, what she felt during the lingering. The entire history of the button came to her, and all it had been part of: a breezy picnic on a hillside in summer long ago; a January night, more recently, by the fire; and even, once, the time that a cup of tea had been spilled on the sweater. It was all there, still.

They moved quietly around the room, touching things. Fastidious half fluttered, half climbed to a tabletop and methodically touched framed photographs. Littlest watched in the moonlight and saw how the fingers chose and touched and felt the faces gazing out from the photographs: a man in uniform; a baby, grinning; an elderly woman with a stern look.

Forgetting her promise of no questions, Littlest suddenly asked, "Might we be human?" But Fastidious did not reply. 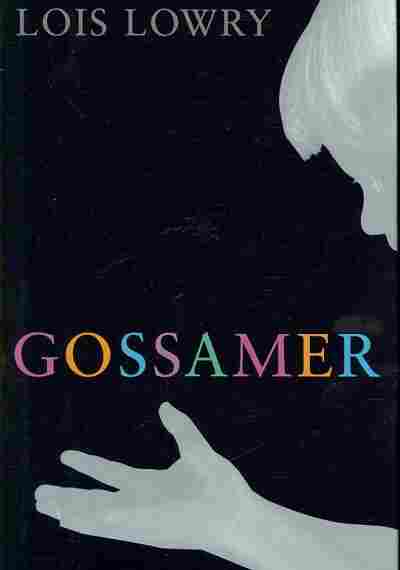