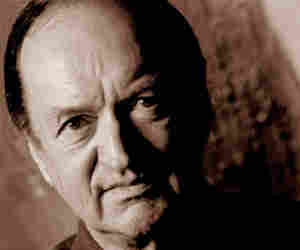 Scholars and fans of Franz Schubert's music continue to debate the nature of his religious beliefs. Schubert's father was a devote Catholic, and the young composer grew up singing in the choir of the imperial court chapel in Vienna. By the time he was 19, he had already composed four complete settings of the Catholic Mass text. Two more would follow about ten years later.

But some point to the fact that Schubert deliberately left out a key phrase ("and in one holy catholic and apostolic church") in all of his masses, and that he once wrote Man resembles a ball, to be played with by fate and chance. But he also wrote, It is with faith that man first enters the world. It comes long before reason and knowledge, for to understand something one must first believe something … reason is nothing other than analyzed faith.

Conductor Nikolaus Harnoncourt has a deep affinity for Schubert's religious music, and sides with those who feel that down deep, Schubert was a devout man. He says you can hear it in the Mass No. 5 in A-flat.

I think this mass is the witness of fighting for more belief and more religious feeling. Religion is not a gift you get ready-made; it is a question of searching. And I think Schubert was deeply religious man.

The Mass No. 5, Harnoncourt says, provides a deeply moving experience right from the start, because of how Schubert sets the opening three words.

You have three words: kyrie, christe, eleison, and the translation of the words is Oh Lord, have mercy. But the word eleison, have mercy, can have thousands of translations. So when he says eleison it can be Why do you not listen to me? Please listen to me. If you dont listen to me, if you dont do what I so urgently want, I will leave you; I will hate you. Or, it can mean thank you, that you have given me the consolation I needed. I think it is moving to hear that this word means much more than just have mercy.