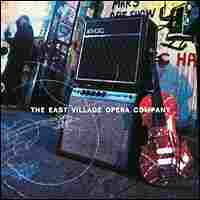 The East Village Opera Company is a New York City musical group that mixes opera with rock 'n' roll. The group is made up of a five-piece band, a string quartet and two vocalists.

From the Debut CD

Producer Barrett Golding of the Hearing Voices radio project relates the story of how the group got its start, and the inspiration they find in music from another era.