Accessibility links
A Natural Combination: Dance and Basketball The Boston Celtics have now joined the rest of the NBA by enlisting a sexy dance squad to entertain fans between play. As commentator Frank Deford notes, dance is really the perfect complement to hoops.

The Boston Celtics have now joined the rest of the NBA by enlisting a sexy dance squad to entertain fans between play. As commentator Frank Deford notes, dance is really the perfect complement to hoops.

Now, we turn from the soccer fields of Iran to the basketball courts of America, where there's no such debate on women's attire or attendance at NBA games. Commentator Frank Deford has these thoughts on the latest news from the Boston Celtics.

Mr. FRANK DEFORD (Author; Senior Contributing Writer, Sports Illustrated): Although Red Auerbach lost his red hair many years ago, the venerable Boston coach surely pulled out what few strands were left the other day when it was announced that the Celtics would no longer be the last holdout in the NBA.

Yes, to the chagrin of Mr. Auerbach and hoop purists everywhere, the Celtics announced that they, too, will now field a sexy dance team that will perform during those spare moments when basketball is not being played upon the famous parquet.

There is, however, some release in knowing that the bosomy, scantily-clad, provocative Bay State Belles have not been introduced merely so that they might tantalize and titillate Boston maledom. Oh, my heavens, no!

As a Celtics spokeswoman explained, it is the franchise's devout wish that the dance team will display, and I quote, “a strong commitment to the community, while embodying the pride associated with the Celtic mystique.” But, of course, you already knew that.

In a way, though, we should not be surprised that basketball and dance go together. The sport has deep cultural ties to the light fantastic. In more innocent times, it was, after all, common - once the varsity game was over -for spectators to remove their shoes and pour down onto the floor to jitterbug. Hence, of course, the sock hop. And, for my money, basketball itself is the most balletic of games, apart perhaps, from the double-play pas de deux in baseball.

No sport is ever so aesthetically pleasing as basketball. Indeed, the NBA has always had a conflict between beauty and the rulebook. It's been common knowledge that the best players are judged by a different standard - that their movements are so mesmerizing that it's not fair to hold them to the same rules that apply to mere mortals.

A couple of weeks ago, Lebron James of the Cleveland Cavaliers beat the Washington Wizards in a playoff game with a fantastic last-second move. It was absolutely gorgeous to behold - a view held by the spectators and referees alike.

Alas, it was also patently clear that James was able to make the basket because he indisputably walked with the ball. But, the precocious Cavalier has tacitly been accorded exalted status and is granted dispensation. He has fully arrived in the company of Kobe Bryant, and they, in the tradition of all of the great NBA stars who have gotten by with a walk and a wink.

Ironically, to the bafflement and dismay of Shaquille O'Neal of the Miami Heat, officials have begun to crack down on his fee-fi-fo-fum tactics under the basket - his custom to use his great bulk to just overpower smaller opponents. But then, even though Shaq has enjoyed protective status over the years, the maneuvers of behemoths like him are not so pretty as what has been practiced by the smaller, more graceful stars like Lebron, like Kobe. Looks do count in basketball.

As beautiful as those great players move on the court, though, basketball remains foremost an ensemble game, which is why teams that are unglamorous -but more unselfish - usually win in the end. Teamwork is still the real beauty of the sport.

MONTAGNE: The comments of Frank Deford. His latest book, The Old Ball Game, is out in paperback. He joins us each Wednesday from member station WSHU in Fairfield, Connecticut. 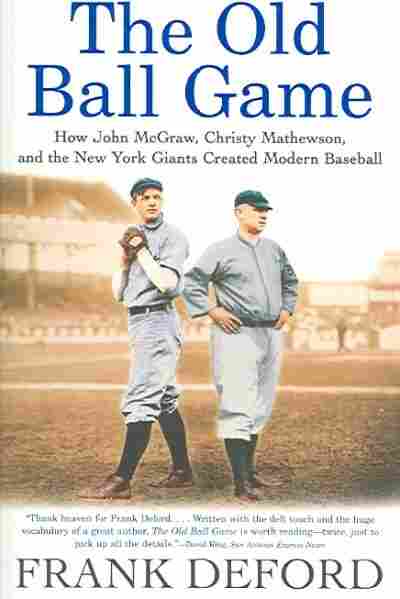