Excerpt: 'The View from the Center of the Universe'

Excerpt: 'The View from the Center of the Universe' 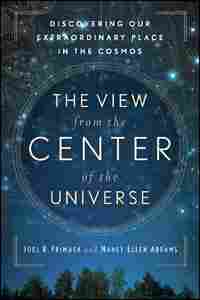 A fascinating new book-length rumination about the meaning of the universe and our role in it by a prominent American astrophysicist Joel Primack and his writer wife Nancy Abrams, selected by Alan Cheuse in his annual roundup of summer reading choices for All Things Considered.

Cosmology, the branch of astronomy and astrophysics that studies the origin and nature of the universe, is in the midst of a scientific revolution. What is emerging is humanity’s first picture of the universe as a whole that might actually be true. There have been countless myths of the origin of the universe, but this is the first one that no storyteller made up – we are all witnesses on the edges of our seats.

The last time Western culture shared a coherent understanding of the universe as a comforting cosmic dwelling place was in the Middle Ages. For a thousand years, Christians, Jews, and Muslims believed that the earth was the immovable center of the universe and all the planets and stars revolved on crystal spheres around it. The idea that God had created a place for every person, animal, and thing in the Great Chain of Being made sense of the rigid medieval social hierarchy. But this picture was destroyed by early scientists like Galileo, who discovered about four hundred years ago that the earth is not the center of the universe after all. The idea of the cosmic hierarchy lost its credibility as the organizing principle of the universe and was replaced with the Newtonian picture: a universe of endless emptiness randomly scattered with stars, with our solar system in no special place. This picture was not based on evidence but was an extrapolation from Newtonian physics, which explains accurately the motions of the solar system but not the entire universe. But the modern world has so deeply absorbed this bleak picture that it seems like reality itself.

Until the late twentieth century, there was virtually no reliable information about the universe as a whole. That has now changed. Astronomers can now observe every bright galaxy in the visible universe and – because looking out into space is looking back in time – can even see back to the cosmic “Dark Ages” before galaxies formed. The great movie of the evolution of the universe is coming into clearer focus: we now know that throughout expanding space, as the universe evolved, vast clouds of invisible, mysterious non-atomic particles called “dark matter” collapsed under the force of their own gravity. In the process they pulled ordinary matter together to form galaxies. In these galaxies generations of stars arose, whose explosive deaths spread complex atoms from which planets could form around new stars, providing a home for life such as ours to evolve. Clusters, long filaments, and huge sheet-like superclusters built of galaxies have formed along wrinkles in spacetime, which were apparently generated before the Big Bang and etched into our universe forever.

The possession of this new story is a gift so extraordinary that most of us don’t know what to do with it. We have been living for centuries in a black and white film. There were no obvious gaps in the scenes before us, so we didn’t notice that anything was missing. Becoming aware of the universe is like suddenly seeing in color, and that changes not just what’s far away but what’s right here. The universe is here, and it’s more coherent and potentially meaningful for our lives than anyone imagined.

Most of us have grown up thinking that there is no basis for feeling central or even important to the cosmos. But with the new evidence it turns out that this perspective is nothing but a prejudice. There is no geographic center to an expanding universe, but we are central in several unexpected ways that derive directly from physics and cosmology. We are at the center of all possible sizes in the universe, we are made of the rarest material – stardust – and we are living at the midpoint of time for both the universe and the earth. These and other forms of centrality have each been a scientific discovery, not an anthropocentric way of reading the data. Prescientific people always saw themselves at the center of the world, whatever their world was. They were wrong on the details, but they were right on a deep level: the human instinct to experience ourselves as central reflects something real about the universe, something independent of our viewpoint.

As a people, we now have the scientific ability to see so much more deeply into the universe than ancient people, yet most people experience it so much less and connect with it almost not at all. Widespread cultural indifference to the universe is a staggering reality of our time – and possibly our biggest mental handicap in solving global problems. The aim of this book is not only to help people understand the universe intellectually, but also to develop imagery that we can all use to grasp this new reality more fully and to open our minds to what it may mean for our lives and the lives of our descendants. As we do this, we begin to discover our extraordinary place in the cosmos. 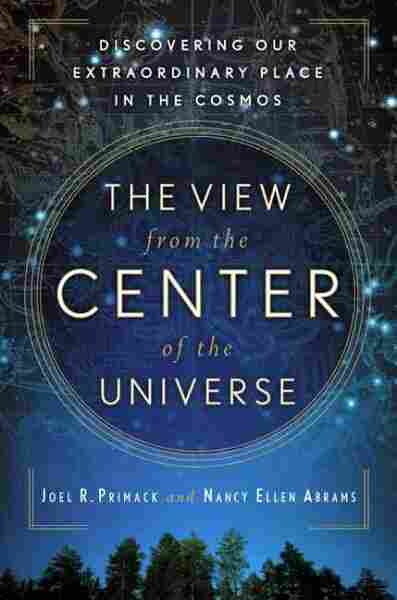 The View from the Center of the Universe

An Insider's Look at Our Extraordinary Place in the Cosmos

Title
The View from the Center of the Universe
Subtitle
An Insider's Look at Our Extraordinary Place in the Cosmos
Author
J. R. Primack and Nancy Ellen Abrams