Warning: getimagesize(https://media.npr.org/books/summer/2006/davisgardner-4c89c90ee7b9f0fd04e801986a9d2b373bb4cd2d.jpg): failed to open stream: HTTP request failed! HTTP/1.0 404 Not Found in /var/www/html/src/Views/CommonJsonldView.php on line 100
 Excerpt: 'Plum Wine' : NPR
Accessibility links
Excerpt: 'Plum Wine' "In stark and lovely prose, Angela Davis-Gardner creates a believable excursion into the deep heart of a good young woman and her decent but damaged foreign friends," says book critic Alan Cheuse of this novel, one of his summer reading selections for All Things Considered. 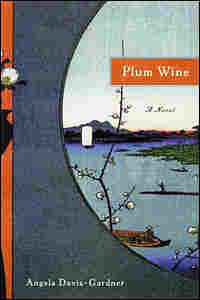 "In stark and lovely prose, Angela Davis-Gardner creates a believable excursion into the deep heart of a good young woman and her decent but damaged foreign friends," says book critic Alan Cheuse of this novel, one of his summer reading selections for All Things Considered.

The chest arrived on a grey afternoon in late January, three weeks after Michi-san's death. Barbara sat huddled at the electric table in her six-mat room, eating peanut butter washed down with green tea and reading student quizzes on original sin. It had just begun to snow, white petals ﬂoating haphazardly up and down, as if the direction of the sky were somehow in question. She kept glancing out the window, thinking of Rie's refusal to turn in a paper. Michi-san would have consoled her about Rie, and advised her what to do. If only Michi were here: a thought that had lately become a mantra.

As she took another spoonful of peanut butter, there was a knock at the door. She extracted her legs from beneath the warm table and jumped up. Junko, Hiroko, and Sumi, the students who shared a room downstairs, had talked about dropping by. Barbara's apartment was a mess—she hadn't cleaned in days—but it was too late now.

On the kitchen radio, Mick Jagger was lamenting at low volume his lack of satisfaction. She left the radio on; the girls were "becoming groovy," as Sumi put it, about Western culture.

Outside the door, instead of the three bright student faces, was a small, formal delegation. Miss Fujizawa, president of Kodaira College, gazed at her beneath hooded eyelids. Beside her was Mrs. Nakano, the English department head who had hired her last year in Chapel Hill. Behind the women were two of the college workmen, Sato and Murai. They all bowed and said good afternoon, the women in English, the men in Japanese.

Clearly they intended to come in. Barbara mentally scanned her rooms; she could ask them to wait just a minute while she scooped up the dirty clothes.

"We are sorry to disturb you," Miss Fujizawa said. "Professor Nakamoto has made you a bequeathal."

"A bequeathal?" Barbara glanced at Michi-san's apartment, cater-cornered from hers across the hall; for the ﬁrst time since Michi's death, the apartment door stood open.

"A sort of tansu chest. Not a particularly ﬁne one, I'm afraid." Miss Fujizawa nodded toward the small chest that stood between the two workmen. "This note was appended to it," she said, handing Barbara a slender envelope. Inside, on a sheet of rice paper, was one sentence, in English, "This should be given to Miss Barbara Jefferson, Apartment # 6 Sango-kan, with best wishes for your discovery of Japan. Sincerely, Michiko Nakamoto."

Barbara stared down at the precise, familiar handwriting. It was almost like hearing her speak.

"Apparently you were held in high favor," Miss Fujizawa said. "There were few individual recipients of her effects. May we enter?"

"Yes, of course. Please. Dozo." Barbara backed down the hall to the kitchen, where she turned off the radio. Miss Fujizawa, leaning on her cane, led the procession to the back of the apartment. Mrs. Nakano, ruddy-cheeked with a cap of shiny black hair, was next, followed by the two men who carried the tansu chest between them.

The chest was small, three-drawered, a third the size of Barbara's clothes tansu. She recognized the plum blossom designs on the tansu's hardware, the dark metal plates to which the drawer pulls were attached.

"It's the wine chest!" she called out, following them down the hall to the tatami sitting room. The workmen had placed the tansu between her kotatsu table and chest of drawers.

"Wine?" Miss Fujizawa and Mrs. Nakano said in unison. The women bent to pull open the top drawer. Miss Fujizawa began an intense consultation in Japanese with Mrs. Nakano. Barbara did not understand a word, but the tone of dismay was clear. Michi-san had told her that while Japanese men may drink a great deal, it was frowned upon for women of a certain class, and especially the women of Kodaira College. A little plum wine—umeshu—was acceptable, however, considered beneﬁcial for ladies' digestion.

Over Mrs. Nakano's shoulder, she could see the row of bottles. Each one was wrapped in heavy rice paper that was tied with a cord and sealed with a large dot of red wax. On the front of each bottle was a date, written in ink with a brush and below it, a vertical line of calligraphy, perhaps the date in Japanese. One night when she and Michi had been drinking umeshu, Michi had showed her the vintage wines, but Barbara hadn't noticed the dates. She leaned closer, looking at the numbers. A bottle of last year's wine, 1965, was in the right corner of the drawer; next to it was 1964.

Miss Fujizawa closed the top drawer and opened the next, still talking nonstop to Mrs. Nakano. Barbara wanted to reach past the women and touch the wines. She couldn't wait for them to leave.

Miss Fujizawa turned to her. "We are sorry, Miss Jefferson. We were under the impression that the chest contained pottery, or some such. Professor Nakamoto would not have meant to trouble you with these bottles. I will have them removed for you at once."

"The bequeathal letter refers to the tansu, not its contents," Miss Fujizawa said, with a dismissive wave at the note. "Doubtless she realized you needed another article of furniture into which to place your things." She glanced about the room, at the stacks of books and papers on the tatami matting, and on the low table, in the midst of student papers, the jar of peanut butter with the spoon handle rising from it like an exclamation point. Sweaters and underwear were heaped on the tokonoma—the alcove where objects of beauty were supposed to be displayed—obscuring the bottom half of the fox-woman scroll that hung above it.

"Please," Barbara said. "I'd like to keep the wine, for sentimental reasons. It's only umeshu. Michi . . . Nakamoto sensei . . . made it herself, from the plum trees on the campus and at her childhood home."

"You are mistaken, I believe. Umeshu is made in large jars, not in bottles of foreign manufacture. These must contain stronger spirits."

Miss Fujizawa was silent, ﬁxing upon her a basilisk gaze, her expression the same as the day she'd paid an unannounced visit to Barbara's conversation class and found her demonstrating American dances—the twist, the monkey, and the swim—for her giggling students. Barbara's predecessor, Carol Sutherland, would never have exhibited such behavior. There was a picture of her in the college catalogue, lecturing from her desk on the raised teaching platform.

"We can store the wine in the cellar of the hall," Miss Fujizawa was saying. "It will only be in your way, I think. A trouble to you." She laughed suddenly. "I do not think you are a drunkard."

Mrs. Nakano laughed politely, covering her mouth with one hand.

Sato and Murai bobbed up and down, grinning. Though they didn't understand English, they were used to humorous incidents at the gaijin's apartment.

"I believe she feels quite sad in consequence of Nakamoto sensei's death," Mrs. Nakano said.

"Yes, exactly," Barbara said. She had a wrenchingly clear memory of Michi-san, wren-like in her brown skirt and sweater as she stood at Barbara's door, a plate of freshly cooked tempura in her hands. "I just wanted to see your face this evening—how are you doing?"

"We are all saddened by Professor Nakamoto's unfortunate demise," Miss Fujizawa said. "Miss Jefferson, if you would kindly wait in the Western-style room we will see to the arrangement of the chest for you." She spoke in Japanese to the workmen, gesturing toward the open drawer of bottles. They came to attention and stepped forward. "Hai," they said, bowing energetically. "Hai, hai."

"I want the wine," Barbara shouted. "Michi-san gave it to me— you can't take it."

Fora moment they studied her gravely. Then all but Miss Fujizawa tactfully lowered their eyes. "We are sorry we have upset you too much," Miss Fujizawa said. "We will leave you to your rest."

They turned and ﬁled down the hall past the kitchen and Western-style parlor, Miss Fujizawa pausing at each room to take in its condition. The door closed.

Barbara listened to the footsteps going down the stairs, then sat beside the tansu, inhaling its dark, tangy odor. Michi had told her the chest was unusual in that it had been made entirely of camphor wood. The bottles of wine were stocky, the papers tight around them. She laid her hand on one of the wines, feeling the coolness of the glass beneath the paper. The coolness rose up her arm, and gooseﬂesh prickled her skin.

Michi-san had known she was going to die, otherwise she wouldn't have thought of leaving her the chest.

She looked at the note again. There was a date: 1.1.1966. New Year's Day, just a few weeks ago. She'd been in Michi's apartment that night. Had she written this before the New Year's dinner or afterwards? She imagined Michi sitting at her table, the dishes cleared away, the pen moving across the page. Four days later, she had died.

From Plum Wine by Angela Davis-Gardner, copyright 2006. Reprinted with permission from the publisher, University of Wisconsin Press. 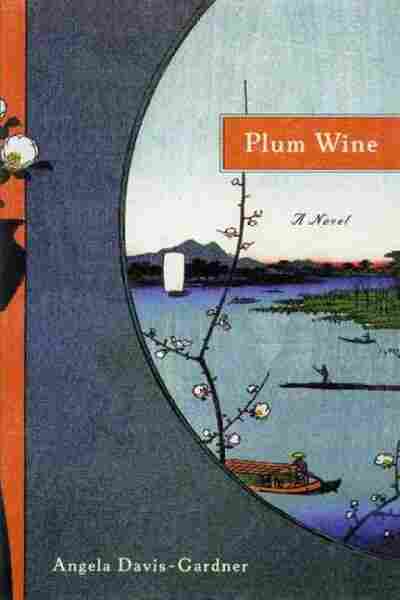