Warning: getimagesize(https://media.npr.org/books/summer/2006/mitchell-0cff3f7325f43719270a78fcdbbd87989fb76ddd.jpg): failed to open stream: HTTP request failed! HTTP/1.0 404 Not Found in /var/www/html/src/Views/CommonJsonldView.php on line 87
 Excerpt: 'Black Swan Green' : NPR
Accessibility links
Excerpt: 'Black Swan Green' "Popular new British experimental novelist David Mitchell goes back into his own past and returns with what's for him a conventional story about growing up in England," writes Alan Cheuse of this selection in his roundup of summer reading for All Things Considered. 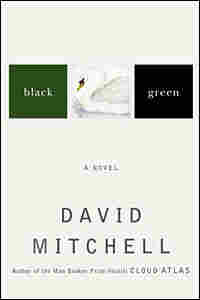 "Popular new British experimental novelist David Mitchell goes back into his own past and returns with what's for him a conventional story about growing up in England," writes Alan Cheuse of this selection in his roundup of summer reading for All Things Considered.

Do not set foot in my office. That's Dad's rule. But the phone'd rung twenty-five times. Normal people give up after ten or eleven, unless it's a matter of life or death. Don't they? Dad's got an answering machine like James Garner's in The Rockford Files with big reels of tape. But he's stopped leaving it switched on recently. Thirty rings, the phone got to. Julia couldn't hear it up in her converted attic 'cause "Don't You Want Me?" by Human League was thumping out dead loud. Forty rings. Mum couldn't hear 'cause the washing machine was on berserk cycle and she was hoovering the living room. Fifty rings. That's just not normal. S'pose Dad'd been mangled by a juggernaut on the M5 and the police only had this office number 'cause all his other I.D.'d got incinerated? We could lose our final chance to see our charred father in the terminal ward.

So I went in, thinking of a bride going into Bluebeard's chamber after being told not to. (Bluebeard, mind, was waiting for that to happen.) Dad's office smells of pound notes, papery but metallic too. The blinds were down so it felt like evening, not ten in the morning. There's a serious clock on the wall, exactly the same make as the serious clocks on the walls at school. There's a photo of Dad shaking hands with Craig Salt when Dad got made regional sales director for Greenland. (Greenland the supermarket chain, not Greenland the country.) Dad's IBM computer sits on the steel desk. Thousands of pounds, IBMs cost. The office phone's red like a nuclear hotline and it's got buttons you push, not the dial you get on normal phones.

So anyway, I took a deep breath, picked up the receiver, and said our number. I can say that without stammering, at least. Usually. But the person on the other end didn't answer.

They breathed in like they'd cut themselves on paper.

"If you can hear me" -- I remembered a Children's Film Foundation film where this happened -- "tap the phone, once."

There was no tap, just more Sesame Street.

"You might have the wrong number," I said, wondering.

A baby began wailing and the receiver was slammed down.

When people listen they make a listening noise.

"May as well be hanged for a sheep as hanged for a handkerchief." Miss Throckmorton taught us that aeons ago. 'Cause I'd sort of had a reason to have come into the forbidden chamber, I peered through Dad's razor-sharp blind, over the glebe, past the cockerel tree, over more fields, up to the Malvern Hills. Pale morning, icy sky, frosted crusts on the hills, but no sign of sticking snow, worse luck. Dad's swivelly chair's a lot like the Millennium Falcon's laser tower. I blasted away at the skyful of Russian MiGs streaming over the Malverns. Soon tens of thousands of people between here and Cardiff owed me their lives. The glebe was littered with mangled fusilages and blackened wings. I'd shoot the Soviet airmen with tranquilizer darts as they pressed their ejector seats. Our marines'll mop them up. I'd refuse all medals. "Thanks, but no thanks," I'd tell Margaret Thatcher and Ronald Reagan when Mum invited them in, "I was just doing my job."

The doorbell went. I put the blind back to how it was, checked I'd left no other traces of my incursion, slipped out, and flew downstairs to see who it was. The last six steps I took in one death-defying bound.

Moron, grinny-zitty as ever. His bumfluff's getting thicker, mind. "You'll never guess what!"

"You know the lake in the woods?"

"It's only" -- Moron checked that we weren't being overheard -- "gone and froze solid! Half the kids in the village're there, right now. Ace doss or what?"

"Jason!" Mum appeared from the kitchen. "You're letting the cold in!

Either invite Dean inside -- hello Dean -- or shut the door."

"Just for some healthy fresh air."

That was a strategic mistake. "What are you up to?"

I wanted to say "Nothing" but Hangman decided not to let me. "Why would I be up to anything?" I avoided her stare as I put on my navy duffel coat.

"What's your new black parka done to offend you, may I ask?"

I still couldn't say "Nothing." (Truth is, black means you fancy yourself as a hard-knock. Adults can't be expected to understand.) "My duffel's a bit warmer, that's all. It's parky out."

"Lunch is one o'clock sharp." Mum went back to changing the Hoover bag. "Dad's coming home to eat. Put on a woolly hat or your head'll freeze."

Woolly hats're gay but I could stuff it in my pocket later. 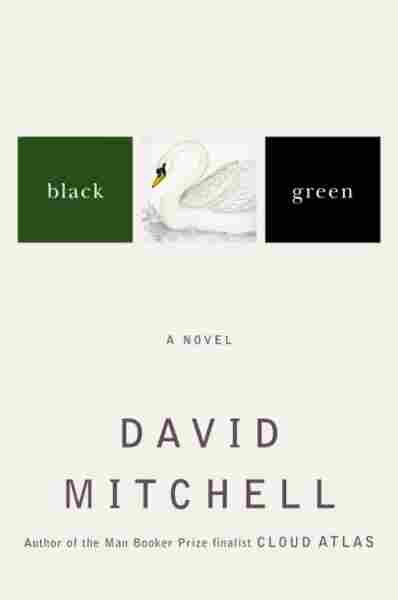