Accessibility links
Famed Medical Test 'ELISA' Celebrates Its 35th The ELISA test can seek out the presence of hormones or viruses in a matter of minutes, replacing previous cumbersome and time-consuming methods. Co-inventor Eva Engvall, then a young graduate student in Stockholm, gave the test its name. 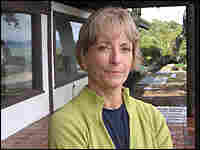 Eva Engvall is one of the scientists who invented the ELISA test in 1971. She is shown at her home near Buellton, Calif. Engvall is currently a professor at the Burnham Institute in La Jolla, Calif. Joe Palca, NPR hide caption

Every so often, a new technology completely changes the medical practice. It's impossible to imagine an internist without a stethoscope, or an orthopedist without an X-ray machine.

In 1971, two Swedish scientists, Eva Engvall and Peter Perlman, who died in 2005, invented a test that revolutionized medicine.

Called the ELISA test, the method uses antibodies to seek out the presence of hormones or viruses. In the past, testing for these was cumbersome and time-consuming. But ELISA tests can be done in a matter of hours, sometimes minutes.

The test is widely used today, for detecting malaria in small villages in Africa to home pregnancy testing.

At Home with Eva Engvall 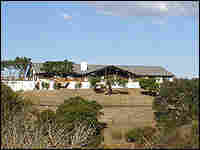 Eva Engvall and Erkki Ruoslahti's ranch in the Santa Ynez valley near Buellton, Calif. The couple bought it from a Hollywood stuntman who was down on his luck. Eva Engvall hide caption 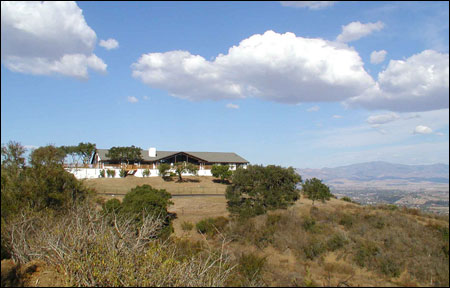 Eva Engvall and Erkki Ruoslahti's ranch in the Santa Ynez valley near Buellton, Calif. The couple bought it from a Hollywood stuntman who was down on his luck. 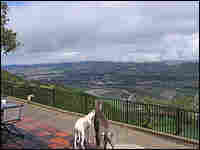 The ranch sits in a notch in the mountains that rise up above the Santa Ynez River. The area is hit by fierce winds, but it offers a spectacular view. Joe Palca, NPR hide caption 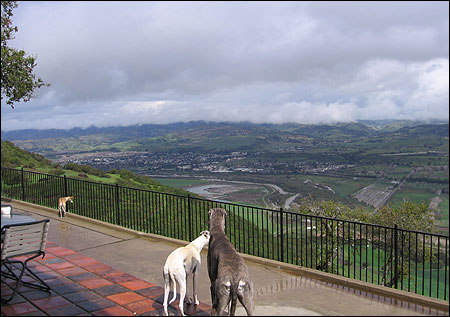 The ranch sits in a notch in the mountains that rise up above the Santa Ynez River. The area is hit by fierce winds, but it offers a spectacular view.

I visited Eva Engvall in April for a story on the 35th anniversary of the ELISA test. Engvall co-invented the test, and it's fair to say it revolutionized clinical medical testing.

Basically, ELISA uses antibodies to detect proteins. It has a staggering number of clinical applications. There's not a modern clinical laboratory that doesn't use the ELISA or one of its descendants.

But almost as impressive as the medical test Engvall invented is the house she lives in near Buellton, Calif.

The house sits in a notch in the mountains that rise up above the Santa Ynez River. Engvall says her husband, cancer researcher Erkki Ruoslahti, fell in love with the area a few years ago, and decided to buy some property there. He settled on an 1,100-acre ranch with an interesting history.

"The house was built by a Hollywood stuntman who married into money," says Engvall. "His son was the one who lived here most of his life."

The son's name is Slick Gardner. Engvall says when Gardner was a young man, he drove jet cars in the Nevada desert.

Evidently, says Engvall, Gardner had been living beyond his means, and in recent years, creditors were threatening to take away his ranch. So Gardner had a bold idea.

"He bought 700 wild horses from some old Indians in Nevada, transported them here, and let them out," says Engvall. "He probably was thinking the property could be some sort of animal reserve, and that would allow him to retain it. But then, he was accused of animal cruelty, because he could not afford to feed the horses," she says.

Ultimately, the county sold the animals, and Gardner was forced to sell the land.

Engvall said she would never have been able to afford the place herself -- she never held a patent on ELISA, and never got rich from her invention -- but her husband had made money in the biotech world, so they could afford to relieve Gardner of his property.

The house itself is enormous. There's a huge open space in the middle where there used to be a fountain. The interior is divided into rooms by adobe walls, but the walls are only about 10 feet high, and the wooden roof is 20 feet higher still.

Because it sits in a notch between two peaks, the winds can be intense. One night, Engvall says she slept on the floor in the middle of the house, fearing that the wind would break the window in her bedroom.

Outside, the front porch offers a spectacular view of the Santa Ynez valley. It's a wine region made famous by the move, Sideways.

"Our nearest neighbor has a winery," says Engvall. "It's called the Shoestring winery."

Engvall and Ruoslahti are in the process of turning the house into something more congenial to their tastes. In addition to removing the fountain in the middle of the house, they've hung modern art on the interior adobe walls, removed some of the enormous, wrought-iron chandeliers that adorned every room in the house, and hauled away an ancient carriage Slick Gardner left behind.