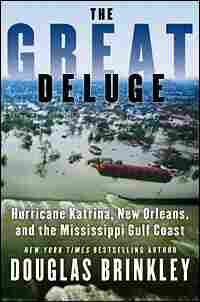 Douglas Brinkley's thoroughly researched book criticizes all levels of government for the failed response to the crisis of Hurricane Katrina. HarperCollins hide caption

New Orleans remains a shell of the city it was before Hurricane Katrina ravaged the Gulf Coast on Aug. 29, 2005, and the levees protecting the Crescent City failed. Whole neighborhoods remain uninhabitable, poisoned by toxic floodwaters and lacking even basic services.

Now newly re-elected Mayor Ray Nagin faces the Herculean task of rebuilding his city as another hurricane season approaches. And part of that challenge means facing the harsh truth about what the city was like before the flood.

Brinkley, a Tulane University history professor, documents Katrina's landfall and the ensuing crisis with the precision of an eyewitness, because he was one. He was helping rescue people trapped by rising floodwaters, pen in hand, long before federal troops arrived.

Brinkley's research and interviews document failures at every level of government in responding to the crisis: Nagin's evacuation plan favored the rich and healthy; Louisiana Gov. Kathleen Blanco tended to small details when she should have shown leadership; Former FEMA chief Michael Brown seemed more interested in looking good for the cameras than expediting the federal response.

While the worlds of business, academics, and politics were responding to the latest news, some were strangely isolated from it. Louisiana, and especially New Orleans, like much of America, was divided by class, race, and neighborhood. The rich, for the most part white, were living in Lakeview, Mid-City, Uptown, the Garden District, the Warehouse District, and in the French Quarter. The poor were mostly African American, living predominantly in New Orleans East, the Lower Ninth Ward, Central City, Hollygrove, and Tremé. But there was crossover in all neighborhoods. At least, that is the way it looked at first sight. The truth was far more complex. There were many varieties of African Americans, some of whom were the light-skinned Creoles, who had been the political leaders of the Seventh, Eighth, and Ninth Wards for decades. The poorest New Orleanians were country folk from the delta, who had been coming to the city looking for jobs since the woeful days of the Great Depression. They were the people of the housing projects; by and large, they didn't trust whites or cops.

The prisonlike projects of New Orleans were beehives for drug trafficking. Hoodlums armed with AK-47s could make up to $50,000 a week dealing crack cocaine. (The marijuana trade had moved primarily out to the white suburbs.) The drugs would flow into New Orleans via I-10 and I-12. The projects became a virtual farmers' market of drugs. The NOPD often turned a blind eye to the "rock dealers," making sure they received a cash cut for their enabling services. The drug suppliers were sometimes Iranians, called Talibans by local African Americans. In some cases, the suppliers were Vietnamese, as were those at the convenience store beside the St. Thomas project, where crack cocaine was sold in bubble gum wrappers. All over the projects five- or ten-dollar bags of heroin were readily available. The rivalry for control of the illegal drug industry turned New Orleans's housing projects into killing fields. Every week the Times-Picayune would list the names of the dead, casualties in urban gang warfare, with the phrase "gunshot wound" closing the cases on autopsy reports. Even outside of the projects, there was an imprisoned quality to life for poor blacks. Housing was relatively inexpensive in New Orleans, with an average monthly rent of $488, but it tended to be flimsy wood-frame construction that would be considered substandard in other cities. Small houses, barely more than shanties, and "shotgun" two-family structures were common in the poorer neighborhoods. Those neighborhoods were insulated from mainstream life in a way that made being poor in New Orleans a special hardship. "New Orleans has a 40 percent literacy rate; over 50 percent of black ninth graders won't graduate in four years," Michael Eric Dyson explained in Come Hell or High Water, his post-Katrina study of race relations in America. "Louisiana expends an average of $4,724 per student and has the third-lowest rank for teacher salaries in the nation. The black dropout rates are high and nearly 50,000 students cut class every day. When they are done with school, many young black males end up at Angola Prison, a correctional facility located on a former plantation where inmates still perform manual farm labor, and where 90 percent of them eventually die. New Orleans's employment picture is equally gloomy, since industry long ago deserted the city, leaving in its place a service economy that caters to tourists and that thrives on low-paying, transient, and unstable jobs."

Hear Douglas Brinkley Read a Passage from 'The Great Deluge'

Although New Orleans has been branded "jazz capital" (rightfully so), in truth, on the eve of Katrina, one would be hard-pressed to hear Wynton Marsalis or Irvin Mayfield CDs blaring out of federally subsidized housing. Jazz had become establishment music except for the brass band phenomenon. Times had changed. Louis Armstrong had fled New Orleans long ago, living his last decades in Queens, New York, where he was buried in July 1971. But hiphop and rap were flourishing, angry lyrics being shouted out of Magnolia and St. Bernard and Iberville. Drum machines and turntables had replaced trumpets and trombones as the instruments of choice. Master P, raised in the Calliope Projects, was a true hiphop hero to African-American youths, admired both for such outrageous hits as "99 Ways to Die" and for being CEO and founder of No Limit Records. Then there was B.G., the Baby Gangsta, who at age eleven signed a major recording deal with Cash Money Records. His first album, True Story, released in 1993, graphically depicted life in a crime-ridden, racist New Orleans where schools were like prisons. He was accurately depicting his reality, no matter how uncomfortable his lyrics might make some listeners. Terius Gray, a.k.a. Juvenile, was a pure product of the Magnolia Projects -- or "Wild Magnolia" as he called it. His first band was UTP, three letters he has tattooed on his stomach. "UTP," he explained, "was like a coalition of rappers." His hiphop lyrics lambasted New Orleans's racism and classism in a searing, no-holds-barred, in-your-face fashion. Growing up in the Hollygrove section of New Orleans, Lil' Wayne (Dwayne Carter), also known as Weezy F Baby, Birdman Junior, and Raw Tunes, wrote dozens of gangsta rap hits while still in his teens. To understand the African-American youth culture of New Orleans during August 2005, put aside CDs like The Magic Hour and Half Past Autumn Suite and listen to the bleak, thuggish, violent inner-city lyrics of Lil' Wayne in such songs as "Shooter," where he raps: "So many doubt cuz I come from the south / But when I open my mouth, all bullets come out." 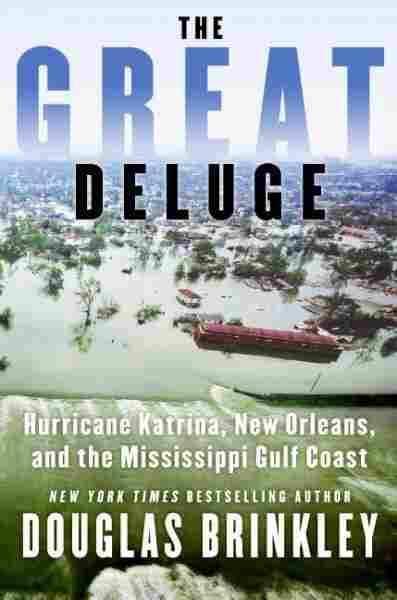