Accessibility links
Book Chronicles History of Government and Torture Alfred W. McCoy's new book, A Question of Torture, chronicles the CIA's development and use of torture since the Cold War. He speaks with Steve Inskeep about the past, present and effectiveness of torture.

Alfred W. McCoy's new book, A Question of Torture, chronicles the CIA's development and use of torture since the Cold War. He speaks with Steve Inskeep about the past, present and effectiveness of torture.

Now, let's look a little bit more closely at this question of whether top American officials could be responsible for what happened at Abu Ghraib.

One researcher says that low-ranking guards and interrogators did not invent the techniques that were used at that prison. Alfred W. McCoy is his name. He's the author of a book called, A Question of Torture.

He says he's been reading declassified government documents, and he says they show that decades ago, early in the Cold War, the United States government devised new techniques of interrogation. He says that instead of physical torture, the U.S. developed what he calls psychological torture.

Mr. ALFRED W. MCCOY (Author, A Question of Torture): The seminal experiment was conducted at McGill University by one of the great geniuses of the 20th Century; a man named of Donald O. Hebb. And he found that in 24 hours, or as much as maybe 48 hours, he could induce a state akin to psychosis in his subjects.

And, what did the doctor do? Did he use electroshock? Hypnosis? Drugs? No. None of the above. All he did was have student volunteers sit calmly, quietly, in an air conditioned cubicle, with goggles, gloves, and earmuffs. And in 48 hours, they would suffer what he called a complete disintegration of their personalities.

Mr. MCCOY: Right. It turns out that the brain and the body require constant renewal of all kinds of stimuli. And if you simply cut them off - first of all, there are severe hallucinations. People start seeing little men, hearing sounds, having almost insane hallucinations. So without touching someone, you can break them.

INSKEEP: So the first insight is that sensory deprivation is devastating. What's the next?

Mr. MCCOY: The next was discovered by two eminent neurologists at Cornell University Medical Center, working on contract for the CIA - and they reviewed, in detail, the CIA's records about KGB interrogation.

They discovered that the KGB's most effective techniques were not brutal beatings, but simply making the victims stand for days at end. As the legs swelled, separating lesions formed. The kidneys shut down and hallucinations started. This was self-inflicted pain.

INSKEEP: This was something they learned from the Soviets, you're saying?

Mr. MCCOY: Right. So when you look at those photographs from Abu Ghraib, the most famous, the most iconic of all those photos - of that Iraqi standing on the box with fake electrical wires hanging from his arms, and hooded. The hood is for sensory disorientation, and the arms are extended for self-inflicted pain.

It's the basic doctrine. Those two techniques and then the third one, a kind of perfection of the CIA's psychological torture paradigm that was developed at Guantanamo under General Jeffrey Miller. And that was the idea of moving away from, or moving beyond universal human sensory receptors, and focusing, and intensifying the psychological assault by going after cultural sensitivities. In this case, Arab male sensitivity to sexuality and gender identify, and also fear of dogs.

INSKEEP: You describe some experiments in which members of the U.S. military volunteered to spend time in a sensory deprivation box, just to try to stay in there for as long as they could.

Mr. MCCOY: Yeah. There were a whole series of these experiments done in the 1950s, and whether at Harvard or by the military, the result was almost always the same - that people would have incredible breakdowns.

For example, Harvard University Department of Psychiatry had a contract, indirectly from the CIA, to test this by locking people up in iron lungs that were used to treat polio victims. One of the Defense Department experiments had the victims actually kicking their way out of the boxes and going wild just trying to break out.

The effect of these techniques upon people, when monitored, is evidently enormously devastating.

INSKEEP: Can we set aside a moment, questions of morality, and just talk about practicality. Many people have said that physical torture does not produce good information, that people will say anything to get it over with. What about psychological torture? Has it ever been shown to be useful, whatever you may think of it?

Mr. MCCOY: It turns out that it's no more effective than the physical type. Eighteen hundred years ago a Roman jurist named Opean(ph), he said, the problem with torture is the weak will say anything to end the pain, and the strong will resist. And everything we've learned about torture for the last 1,800 years confirm those points, whether it's physical or psychological, it doesn't work.

INSKEEP: Alfred W. McCoy is the author of, A Question of Torture: CIA Interrogation from the Cold War to the War on Terror. Thanks very much. 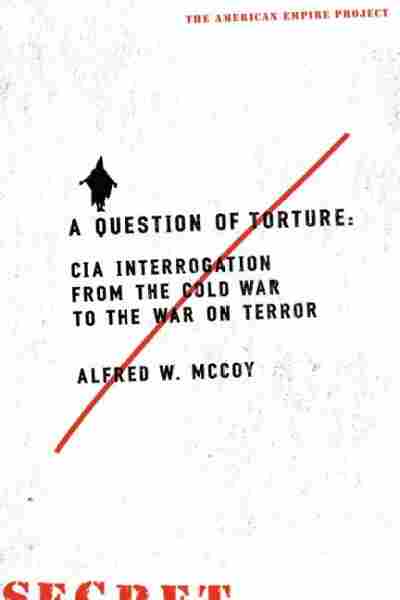 A Question of Torture

CIA Interrogation, from the Cold War to the War on Terror

Title
A Question of Torture
Subtitle
CIA Interrogation, from the Cold War to the War on Terror
Author
Alfred W. McCoy