Accessibility links
Excerpt: 'Guests of the Ayatollah' Alan Cheuse selects Mark Bowden's account of the Iranian hostage crisis in his annual roundup of summer reading choices for All Things Considered: "This is Pulitzer-Prize material. Turn your keen eye to it."

Excerpt: 'Guests of the Ayatollah'

Excerpt: 'Guests of the Ayatollah' 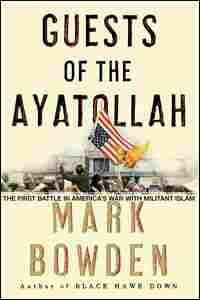 Alan Cheuse selects Mark Bowden's account of the Iranian hostage crisis in his annual roundup of summer reading choices for All Things Considered: "This is Pulitzer-Prize material. Turn your keen eye to it."

Before dawn Mohammad Hashemi prepared himself to die. He washed according to ritual, then knelt in his dormitory room facing southwest toward Mecca, bent his head to the floor, and prayed the prayer for martyrdom. After that the stout, bushy-haired young man with the thick beard tucked a handgun in his belt, pulled on a heavy sweater, and set out through the half darkness for the secret meeting.

It was, in Iran, the thirteenth day of Aban in the year 1358. The old Zoroastrian calendar had been resurrected a half century earlier by the first self-appointed shah in the Pahlavi line, Reza Khan, in an effort to graft his royal pretensions to the nation’s ancient traditions. That flirtation with Persia’s gods and bearded prophets had backfired, sprung up like an uncorked genie in the previous ten months to unseat his son and the whole presumptuous dynasty. Aban is Persia’s old water spirit, a bringer of rebirth and renewal to desert lands, and the mist wetting the windows of high-rises and squeaking on the windshields of early traffic in this city of more than five million was a kept promise, an ancient visitation, the punctual return of a familiar and welcome angel. As it crept downhill through the sprawling capital and across the gray campus of Amir Kabir University, where Hashemi hurried to his meeting, Iran was in tumult, in mid-revolution, caught in a struggle between present and past. Towering cranes posed like skeletal birds at irregular intervals over the city’s low roofline, stiff sentinels at construction sites stranded in the violent shift of political climate. The fine rain gently blackened concrete and spotted dust in the canals called jubes on both sides of every street, fanning out like veins. Moisture haloed the glow from streetlamps.

Hashemi was supposed to be a third-year physics major, but for him, as for so many of Tehran’s students, the politics of the street had supplanted study. He hadn’t been to a class since the uprising had begun more than a year ago. It was a heady time to be young in Iran, on the front lines of change. They felt as though they were shaping not only their own futures but the future of their country and the world. They had overthrown a tyrant. Destiny or, as Hashemi saw it, the will of Allah was guiding them. The word on campus was, “We dealt with the shah and the United States is next!”

Few of the hundred or so converging from campuses all over the city on Amir Kabir’s School of Mechanics that morning knew why they were gathering. Something big was planned, but just what was known only to activist leaders like Hashemi. Shortly after six, standing before an eager crowded room, he spread out on a long table sketches of the U.S. embassy, crude renderings of the mission’s compound just a few blocks west. He and others had been scouting the target for more than a week, watching from the rooftops of tall buildings across the side streets, riding past on the upper floor of two-decker buses that rolled along Takht-e-Jamshid Avenue in front, and waiting in the long lines outside the embassy’s newly opened consulate. The drawings showed the various gates, guard posts, and buildings, the largest being the chancery, the embassy’s primary office building; the bunkerlike consulate; and the airy two-story white mansion that served as home for the American ambassador. There was a murmur of satisfaction and excitement in the crowd as Hashemi announced they were going to lay siege to the place.

In retrospect, it was all too predictable. An operating American embassy in the heart of revolutionary Iran’s capital was too much for Tehran’s aroused citizenry to bear. It had to go. It was a symbol of everything the nascent upheaval hated and feared. Washington’s underestimation of the danger was just part of a larger failure; it had not foreseen the gathering threat to its longtime Cold War ally Mohammad Reza Pahlavi, the now reviled, self-exiled shah. A CIA analysis in August 1978, just six months before Pahlavi fled Iran for good, had concluded that the country “is not in a revolutionary or even a prerevolutionary situation.” A year and a revolution later America was still underestimating the power and vision of the mullahs behind it. Like most of the great turning points in history, it was obvious and yet no one saw it coming.

The capture of the U.S. embassy in Tehran was a glimpse of something new and bewildering. It was the first battle in America’s war against militant Islam, a conflict that would eventually engage much of the world. Iran’s revolution wasn’t just a localized power struggle; it had tapped a subterranean ocean of Islamist outrage. For half a century the traditionbound peoples of the Middle and Near East, owning most of the world’s oil resources, had been regarded as little more than valuable pawns in a worldwide competition between capitalist democracy and communist dictatorship. In the Arab states, the United States had thrown its weight behind conservative Sunni regimes, and in Iran behind Pahlavi, who stood as a bulwark against Soviet expansionism in the region. As the two great powers saw it, the Cold War would determine the shape of the world; all other perspectives, those from the so-called Third World, were irrelevant, or important only insofar as they influenced the primary struggle. An ignored but growing vision in the Middle East, nurtured in mosque and madrasah but considered quaint or backward by the Western world and even by many wealthy, well-educated Arabs and Persians, saw little difference between the great powers. Both were infidels, godless exploiters, uprooting centuries of tradition and trampling sacred ground in heedless pursuit of wealth and power. They were twin devils of modernity. The Islamist alternative they foresaw was an old twist on a familiar twentieth-century theme: totalitarianism rooted in divine revelation. It would take many years for the movement to be clearly seen, but the takeover of the embassy in Tehran offered an early glimpse. It was the first time America would hear itself called the “Great Satan.”

How and why did it happen? Who were the Iranian protesters who swarmed over the embassy walls that day, and what were they trying to accomplish? Who were the powers behind them, so heedless of age-old privileges of international diplomacy? What were their motives? Why was the United States so surprised by the event and so embarrassingly powerless to counter it? How justified were the Iranian fears that motivated it? How did one of the triumphs of Western freedom and technology, a truly global news media, become a tool to further an Islamo-fascist agenda, narrowly focusing the attention of the world on fifty-two helpless, captive diplomats, hijacking the policy agenda of America for more than a year, helping to bring down the presidency of Jimmy Carter, and leveraging a radical fundamentalist regime in Iran into lasting power?

Excerpted from Guests of the Ayatollah by Mark Bowden. Copyright © 2006, Mark Bowden. Reprinted by permission of Grove/Atlantic, Inc. All rights reserved. 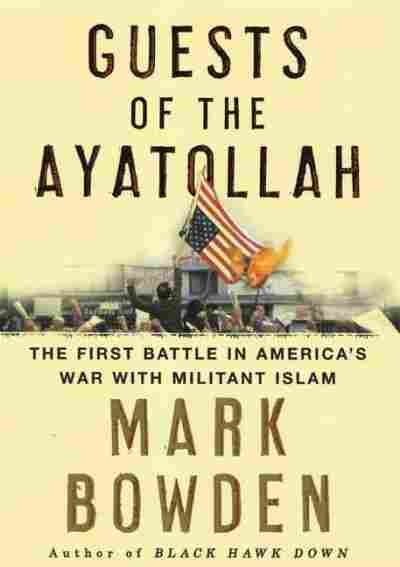 Guests of the Ayatollah

The First Battle in America's War With Militant Islam