Not Ready to Make Nice

Lubbock or Leave It

The Dixie Chicks On...

A death threat they received after Maines' comments about President Bush

The stereotypes about country music, its fans -- and banjo players

The Dixie Chicks are back after a three-year break from recording with a new album, Taking the Long Way. 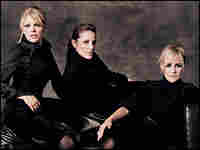 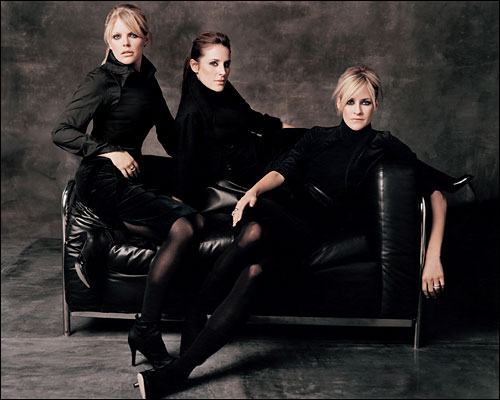 Sisters Emily Robison and Martie Maguire and lead singer Natalie Maines all had babies during the hiatus.

They also were contending with the furious backlash against a remark in 2003 by Maines that criticized President Bush and the then-pending invasion of Iraq. At a concert in London just before the Iraq war, Maines told the crowd, "Just so you know, we're ashamed the president of the United States is from Texas," the state the bandmates call home.

After the comment, many country music radio stations boycotted the Dixie Chicks' music. The band also faced anti-Dixie Chicks demonstrations, which sometimes included the public destruction of their CDs.

People may assume that the new album's content is predominantly political, a response to what happened to the group in 2003 -- one song is entitled "Not Ready to Make Nice." In part, they say, the album is a way to address that experience.

But the musicians say the album, for which they wrote or co-wrote all of the songs, is actually very personal and autobiographical, more about their growth as women and mothers than any political statement.

They talk to Melissa Block about their lives since the anti-Bush flap -- and what it taught them about free speech and humanity -- and their inspirations for the new album.