Excerpt: 'Let's Get to the Nitty Gritty'

Excerpt: 'Let's Get to the Nitty Gritty' 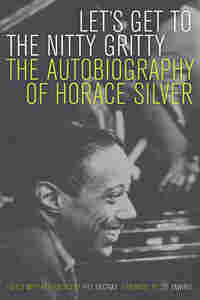 It's a lucky summer for jazz buffs who want to meditate on the funky stuff of life on earth. Alan Cheuse recommends pianist Horace Silver's memoir Let's Get to the Nitty Gritty in his summer-reading roundup for All Things Considered.

I was born in Norwalk, Connecticut, on September 2, 1928. My parents are John Tavares Silver and Gertrude Silver, two of the greatest parents a guy could ever have.

Dad was born in the Cape Verde Islands, off the coast of west Africa, somewhat near Angola. The island where he was born is called Maio, or the Isle of May. Dad worked his way to the United States on a boat. I don't know just how old he was when he came to this country, but I do know he was a young man. He settled in Massachusetts at first and then lived a short time in New York City before finally settling in Norwalk, Connecticut, where he met my mom.

My father worked at the Norwalk Tire Company, a factory that made automobile tires and rubber soles for shoes. He was in charge of a small department that made rubber cement.

Dad spoke with a slight accent, but he spoke good English. When my uncles or some of his Cape Verdean friends who lived in our town would come by the house, he would speak Portuguese. Dad was one of four Cape Verdeans who lived in Norwalk -- uptown, as they called it; South Norwalk was called downtown. There were a few other Cape Verdeans who lived in South Norwalk, namely, Nick Santos, the barber, who played music with my dad; and Mr. Perry, who managed a poolroom and also played music with my dad. You might say they were pretty enterprising in the black community. Dad returned to Cape Verde just once, but I don't remember him saying a hell of a lot about it.

My mother's marriage to my dad was her second. Her first was to a man named Fletcher. They had a son, Eugene, so I have a half brother named Eugene Fletcher. Gene, as we called him, was a grown man and married when I was just a little boy. My ﬁrst recollection of him and his wife, Elizabeth, was when Gene, my dad, and my mom took me to the hospital to visit Elizabeth and their ﬁrst baby boy, who was named Eugene Fletcher Jr. A few years later, they had a second son, Alfred Fletcher. I was the uncle of these two boys, but I was just a few years older than they were, and we often played together. When Alfred married, he and his wife had a daughter named Michelle, for whom I assumed the role of godfather.

Gene made his transition to the next life at the age of eighty-six. Because of our age difference and the fact that he lived in the neighboring town of Bridgeport and was busy with family responsibilities, we didn't see much of each other when I was growing up. He seemed more like a cousin than a brother to me at that time. After I reached adulthood, we got to know each other a little better. My dad loved him very much. Dad would always say to me, "If you grow up to be as good a man as your brother Gene, I'll be happy."

Two other children were born to my parents before me, a boy and a girl. John Manuel Silver lived six months, but he contracted pneumonia and died. Maria Silver was stillborn. I look forward to meeting them and getting to know them when I make my transition. I've always been a family person. I love my family dearly, and I was blessed to be born into what I think is one of the greatest families in the world.

Originally, Dad spelled his last name "Silva," which is the Portuguese spelling. When he married my mother, she changed the spelling to "Silver." I was baptized Horace Ward Silver. In Cape Verde, it is customary for a son to take on the father's middle name. When I was conﬁrmed in the Catholic Church, I also took the name Martin for my conﬁrmation name, after Saint Martin de Porres. Therefore, my full name is Horace Ward Martin Tavares Silver. I use only Horace Ward Silver when I sign documents.

I was named after my great-uncle Horace, my mother's uncle. He worked as a cook and candy maker. He was one of the few black people who owned their own home in those days. I enjoyed it when Dad took me to visit Uncle Horace, because he would always have homemade pie or cake and, at Christmas time, candy canes. He always had something good to eat in the house. He had a cherry tree in the front yard and a vineyard in the back. He had a little vegetable garden and raised chickens. He would feed us when we visited and give us plenty of goodies to take home.

I was a small boy when Dad's brothers, Uncle Charlie and Uncle Jack, entered the United States illegally. They were living in our apartment in the attic room. They both had jobs. One night, in the wee hours of the morning, when we were all asleep, there came a knock on our kitchen door. Dad, Mom, and I awoke but were hesitant to open the door at that time of the morning, not knowing who was on the other side. When Dad asked who was there, the reply came back, "This is the FBI -- open up." Naturally, we were all very frightened. Dad opened the door, and they came in. They arrested my Uncle Charlie and Uncle Jack because of their illegal status and took them away to be deported to Cape Verde. Mom and I were very fearful that they would take Dad also, but he had entered the country legally, thank God. Although we were saddened to see them take Uncle Charlie and Uncle Jack away, we were relieved they didn't take Dad.

I was raised a Catholic because my dad was a Catholic. I remained in the church until I was in my mid-twenties, when I became involved in the study of metaphysics and Spiritualism. The Catholic religion didn't seem to have the answers to a lot of spiritual questions that I was asking myself. I became and still am a dabbler when it comes to religion. I investigate as many religious concepts as I can, use what I can accept from each, and discard the rest. My mother was a Methodist. I attended her church occasionally and enjoyed the black gospel singing.

Dad played the violin, guitar, and mandolin, strictly by ear. He loved the folk music of Cape Verde. Mr. Nick Santos and Mr. Manuel Perry, friends of my dad who were Cape Verdean, played these instruments also. Occasionally, they would give a dance party in our kitchen on a Saturday night. The women fried up some chicken and made potato salad. The men would get whiskey and beer and invite all their friends, Cape Verdean and American blacks, to come and have a good time. They pushed the kitchen table into a corner of the room to make way for dancing, and Dad, Mr. Santos, and Mr. Perry provided the music, playing and singing all the old Cape Verdean songs.

I was a little boy and could not stay up late to witness the festivities. Mom would put me to bed before the party started. I would go to sleep, but eventually the music would wake me up, and I'd get out of bed, wearing my pajamas with the button-down flap in the back, and go downstairs to the party and sit on the steps, looking and listening. Usually, some of the women would see me, come over and embrace me, and bring me food to eat. Then Mom would take me upstairs and put me to bed.

From Let's Get to the Nitty Gritty by Horace Silver, copyright Horace Silver. Excerpted with permission from the publisher. 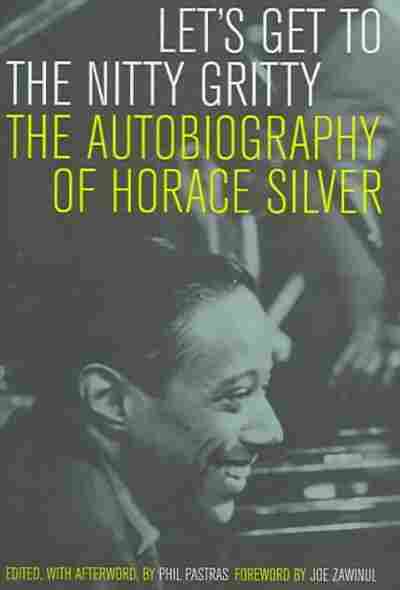 Let's Get to the Nitty Gritty

The Autobiography of Horace Silver

by Horace Silver and Philip Pastras