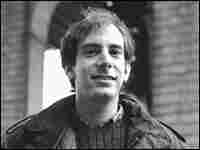 A year ago, an ambitious oral-history project called StoryCorps set out from Washington, D.C., to record and preserve extraordinary tales from ordinary Americans.

The project's founder, David Isay, talks about recording true-life tales, on the anniversary of StoryCorps' first cross-country tour. The project has sent two Airstream trailers around the nation, recording conversations between family members and their loved ones.

StoryCorps may be the most ambitious oral-history project ever undertaken in the United States. Like the Works Progress Administration interviews of the 1930s, StoryCorps seeks out ordinary Americans, the people who rarely make it into the pages of history textbooks. Their stories will be preserved in a special archive at the American Folklife Center at the Library of Congress.

Two in a Million: Danny and Annie Perasa

Two in a Million: Danny and Annie Perasa 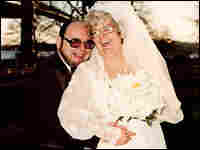 The Perasas have expressed surprise at their story's popularity. A recent example:

Annie Perasa: A Trip to the Library of Congress