Accessibility links
World Party and Allison Moorer in Concert After a lengthy hiatus, World Party's Karl Wallinger is back in action. His new album, Dumbing Up, is filled with his trademark '60s-rock-inspired music. Allison Moorer just released Getting Somewhere, which finds her reaching for a wider pop-country audience. 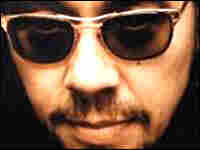 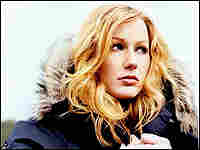 World Party is essentially a showcase for singer-songwriter Karl Wallinger. After years of work in various bands, including The Waterboys, he formed World Party in 1986, handpicking each of the rotating cast of players who joined him on tour. With pop influences ranging from The Beatles to Prince, World Party creates uniquely intelligent pop rock.

Now, after a lengthy hiatus in which he's battled for song rights and recovered from an aneurysm, Wallinger is back in action. His new album, Dumbing Up, is filled with his trademark '60s-rock-inspired music. With great melodies and astute lyrics, Dumbing Up is cause for celebration.

After launching her career as a backing vocalist, Allison Moorer (sister of Shelby Lynne) became a solo artist following the inclusion of the Oscar-nominated "A Soft Place to Fall" on the Horse Whisperer soundtrack. She has since recorded several solo albums, beginning with Alabama Song.

Her latest album, aptly titled Getting Somewhere, shows Moorer reaching for a wider pop-country audience. This intensely personal album, in which she collaborates with husband Steve Earle, is the first in which the Alabama native has written all the songs herself.