Who made the law that men should die in meadows?

Who spake the word that blood should splash in lanes?

Who gave it forth that gardens should be boneyards?

Who spread the hill with flesh, and blood and brains? 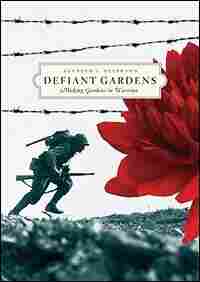 Trench gardens reveal something about the character of soldiers in World War I, as well as about the nature of gardens. First, that the line of trenches at the front remained stable long enough to plant and even harvest a garden. Second, although their primary purpose was to yield fresh produce for the troops, gardens also assuaged the horrific conditions under which the men lived.

Most people even now, and surely most soldiers in World War I, understand what it takes to create a garden: the process stretches from a vision and design to selecting a site, marshalling materials, actually putting hand to plow or shovel, monitoring, and maintaining. Such actions are part of the creation and maintenance of every garden. The extreme setting of the war, however, exacerbated each task in every dimension.

Soldiers created gardens as a response to their basic needs and as an aid to their physical and mental survival. They also represented desire, a wish for the comforts of home, a concrete expression of hope, and the desire for life, peace, and a future. But the paradox of the garden is that, although we associate gardens with the natural world, gardens only exist as human creations; they are places where we have exerted control over the natural world. At the front -- a profoundly chaotic and unnatural situation -- human success in exerting control over anything is extraordinary in itself, and a powerful reminder of our humanity.

In the trenches, even as soldiers fought for survival, their actions and preoccupations often transcended that essentially human struggle for basic comforts, which were well beyond the reach of these men: palatable food, a reasonable toilet, protection from artillery and bullets, and a dry, vermin-free place to sleep. With none of the essentials available to them, they were free to reach for the impossible; why not wrest control of the war-torn environment to create a square foot of beauty? Their gardens were a manifestation of the soldiers' transcendence of their environment.

Gardens in the war offered a mechanism of survival and exemplified the struggle to create something normal in the most abnormal conditions. By their mere existence, defiant gardens were extraordinary. John Oxenham found that the "amazing self-adaptation to these new conditions of elemental life and death fill one with the supremest wonder." It could be said that the war-zone garden softens a harsh situation, but it does so by forcing nature into an otherwise distinctly human creation—the war itself. As nature transformed, it humanizes the place, much as the ancient agricultural traces on the shores of Rhodes announce that people are here and that they are domesticating this place. In a sense, gardens help make such places a home or, in this situation, perhaps something more akin to a nest.

...Soldiers were continually presented with the extreme contrasts in their war-torn world along the front. The incongruity of nature surviving alongside the devastation of the trenches offered soldiers a way to reclaim their humanity in that bit of normalcy and to separate themselves from the chaos of the war. Pleasure was more intense amid such pain, beauty more vivid when confronted with unbearable ugliness, and hope desperately wished for in such despair.

Ludwig Fink, a law student from Freiburg, wrote from a village in the range of heavy guns, but where snowdrops were in bloom and farmers were plowing. He described his experience as "a queer mixture of joy in life and proximity in death." On a Sunday, Georg Stiller wrote from the front, "elsewhere there is rest and peace; here the murdering goes on -- everlasting shells, shrapnel, and rifle fire. Nature wears its most beautiful soaring dress, the sun laughs from the brown tent of heaven, but through the blossoming, green-growing Nature by the shells, destroying trees and fresh bushes, tearing deep holes in the earth, and annihilating young, blossoming human lives." Having accepted the incongruity in their nightmare world, soldiers found that nature offered solace. "Greenness was our dream scenery," said [poet and author Edmund] Blunden.

The garden was a palliative, not a cure for the soldier's plight. They were living in another land, a place of strange sensations, where Blunden is surprised by the incongruity of "a garden gate, opening into a battlefield," and where they could only imagine what one soldier described as the "garden over the wall" of the nightmare.

Major R. S. Cockburn reflected on his experience and response to these dramatic juxtapositions, noting in his diary the simple pleasures he now felt in watching the sun rise in the woods or hearing the birds sing, and marveling that "nature [seems] to take on a new aspect for the first time. There [is] something almost miraculous in the way of contrast between the peace and loneliness of Haurincourt Wood and the filthy slaughter-ground not far away." 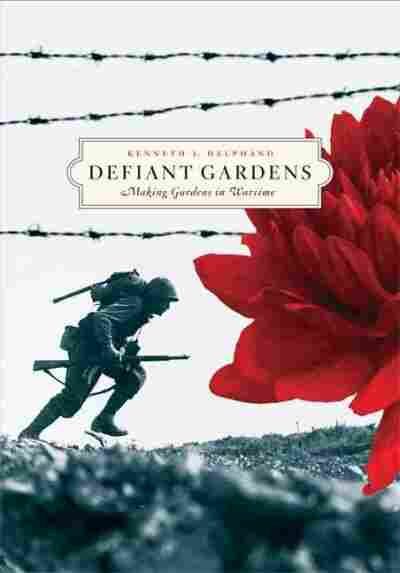