Warning: getimagesize(https://media.npr.org/books/images/2006/henningmankell75-2c98b43a044450f33413a370766cf13a6d1ae8b2.jpg): failed to open stream: HTTP request failed! HTTP/1.0 404 Not Found in /var/www/html/src/Views/CommonJsonldView.php on line 87
 Nordic Writers Launch a Fictional Crime Wave : NPR
Accessibility links
Nordic Writers Launch a Fictional Crime Wave The hot new thing in crime fiction comes from countries with cooler climes. Nordic crime stories are selling, and the biggest name is Henning Mankell, who may be the most famous Swedish writer since Strindberg. He has a huge global following.

The hot new thing in crime fiction comes from countries with cooler climes. Nordic crime stories are selling, and the biggest name is Henning Mankell, who may be the most famous Swedish writer since Strindberg. He has a huge global following. 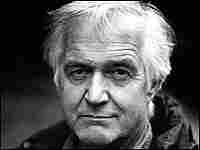 If you're in the market for a good murder mystery, you may want to check out the crime novels coming out of Scandinavia. Nordic crime writing is flourishing, and many titles are getting published in the United States.

For American readers, the barren landscapes and small town paranoia can look exotic. Throw in an icy driving rain during those long, dark winter months, when cabin fever can drive anyone stark raving mad, and you have the perfect setting for a murder mystery.

To understand the popularity of Scandinavian crime writing, you have to start with Henning Mankell, the most famous Swedish writer since Strindberg.

The 58-year-old Mankell has sold more than 25 million books around the world. In Germany, his murder mysteries outsell Harry Potter, and in the last few years he's developed a passionate following in the United States.

Mankell's fictional hero, the brooding inspector Kurt Wallander, is a lonely, rather cynical detective, a man with a broken marriage who drinks too much and suffers from depression.

Mr. HENNING MANKELL (Author): (Reading) Shortly after 2:00 a.m., while on a walk with terrible chest pains, he was convinced that he was about to die. He was filled with despair and shame. He was never going to make anything of his life.

Mr. PAULSON: Inspector Wallander may be filled with existential angst, but he's an extremely good detective.

Mankell says his middle-aged inspector is popular because he's so ordinary.

Mr. MANKELL: He's a very decent man. But the problem is that he doesn't understand very much about his own feelings. And I believe that is very common among many men of his age.

And there's something else about Mankell's fiction that's unusual for crime writing. His hero spends most of his time thinking.

Mr. MANKELL: I'm not very interested in action, so I found it as a challenge, for example, to let Mr. Wallander enter a room and then he, for eight pages standing, thinking. This is the only thing that happens.

Mr. PAULSON: This may not sound like a recipe for success in the fast-paced genre of crime writing. But Kurt Wallander's workmanlike approach to cracking a murder case gives his investigations a certain realism. And Mankell's larger concerns about global crime and injustice have made him the breakout star of Scandinavian murder mysteries.

Ms. STASIO: When you've finished a Henning Mankell book you really feel exhausted. You know, I've really been through here, haven't I? And that's a great feeling.

Mr. PAULSON: Henning Mankell's success has inspired American publishers to sign up other Nordic crime writers. In fact, Stasio says so many are now getting published that she often reviews them two at a time.

So are Scandinavians the new cool of the crime genre?

Mr. EDWARD KASTENMEIER (Editor, Vintage Books):: Yes, they have become very cool. Just in the last couple of years. I mean, it's really quite recent.

Mr. KASTENMEIER: If you're going to read a crime novel from another country, you're going to read it, by and large, because it tells you something about a culture you're not familiar with. And I think people love to see inside other cultures. And that's something that the Scandinavians are very, very good at.

Mr. ARNALDUR INDRIDASON (Author): It takes place in the autumn, and then we have the cold rains and the darkness very early in the day. It also has to do with psychological aspects of the story. It's a very gloomy, dim, horrible story. There's no fun and happiness. So there's no fun in writing about happy people.

Mr. PAULSON: Indridason is Iceland's reining king of murder mysteries. Not long ago, six of the top ten bestselling novels in Iceland were his books. Now he's making a splash on the international scene, and he recently won crime writing's Gold Dagger Award.

Indridason loves to play up quintessential Icelandic details. For instance, his hero, Detective Erlendur, is fascinated by stories of people who've mysteriously vanished.

Mr. INDRIDASON: We have a history of it in Iceland. People traveling in the winter and there's a blizzard. They freeze to death or sometimes they disappear entirely. Maybe being found five, ten years later.

Mr. PAULSON: For all the gloom and desperation that hangs over Scandinavian crime fiction, Critic Marilyn Stasio says these writers are often quite different from each other. She points to the contrasting styles of Henning Mankell and Karin Fossum, the queen of Norwegian crime fiction.

Ms. MARILYN STASIO (Critic): As he is dark and philosophical and he places his crime in a global context, I find that she goes inward. She's much more into the psychological underpinnings of crime.

Ms. KAREN FOSSUM (Author, He Who Fears the Wolf): He felt petrified, couldn't move. It wasn't unpleasant, just odd. He looked at every single hair on the back of his hands and the fine lines across his knuckles.

PAULSON: That's Karin Fossum, reading from her novel, He Who Fears the Wolf. Fossum tends to focus on the social misfits who commit murder. She says this interest comes from the many years she worked in hospitals and mental institutions, and a shattering experience she once had when an old friend needing medication committed murder.

Fossum says that experience made her the writer she is today.

PAULSON: Fossum's crime novels with a conscience have made her a literary superstar in Europe. This summer, she's coming to the U.S. for the first time to publicize her new book. But the question remains: can Karin Fossum or any other Scandinavian crime writer become the next Henning Mankell?

Mr. EDWARD KASTENMEIER (Vintage Books): I often feel that New York publishing is a pack of lemmings. Once anyone has a success with something, people try to replicate it.

Mr. KASTENMEIER: I think it's a little early to tell how many Scandinavian mystery writers will still be with the American audience in 10 years. Certainly, Henning Mankell will be there. And who else, I think, remains to be seen.

HANSEN: Steve Paulson is the producer of Wisconsin Public Radio's To the Best of Our Knowledge. 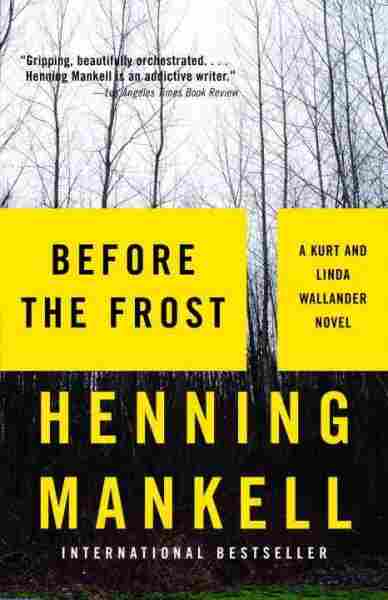 by Henning Mankell and Ebba Segerberg

Title
Before the Frost
Author
Henning Mankell and Ebba Segerberg 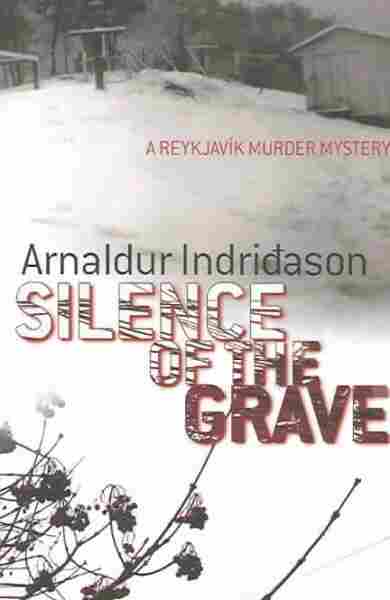 Silence of the Grave

by Arnaldur Indridason and Bernard Scudder 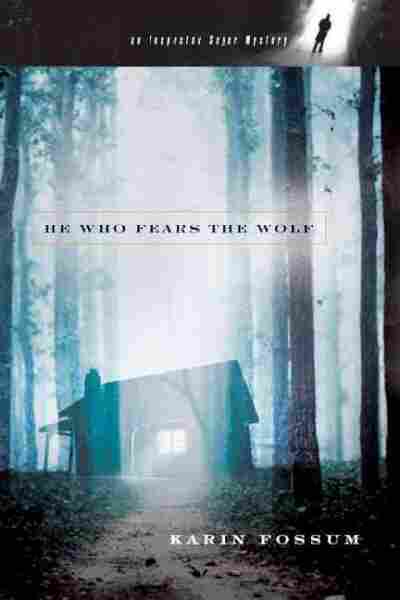 He Who Fears The Wolf

by Karin Fossum and Felicity David