Accessibility links
New Directions for Homeless Veterans On any given day, hundreds of thousands of U.S. military veterans find themselves sleeping on the streets. Farai Chideya visits a Southern California intervention program for homeless veterans. 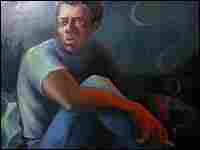 Mural at the New Directions facility in Los Angeles portrays a veteran's journey from the battlefield to the streets to rehabilitation. Cory Turner, NPR hide caption 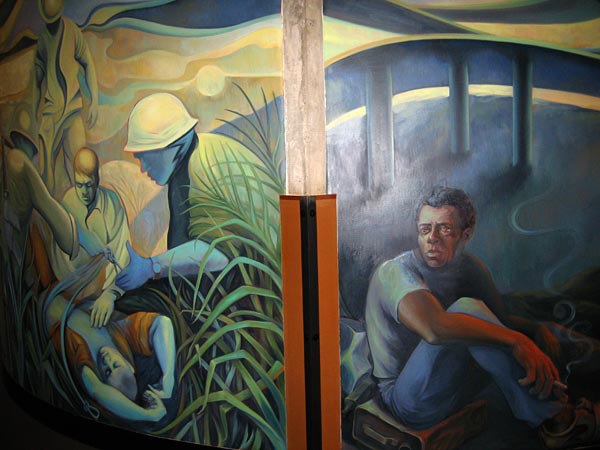 Mural at the New Directions facility in Los Angeles portray's a veteran's journey from the battlefield to the streets to rehabilitation. At left, an injured soldier is evacuated, and at right a veteran living on the streets. 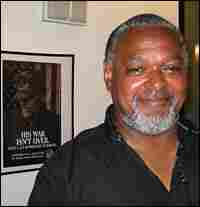 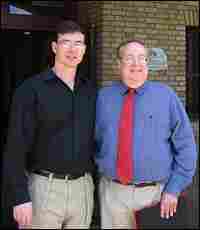 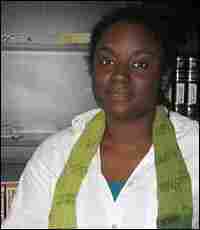 Andrea J. Loney, a computer instructor at New Directions, is one of many who provide lessons in subjects such as math and reading or offer career training at New Directions. Cory Turrner, NPR hide caption

On any given day, a stunning number of U.S. military veterans sleep on the streets of America -- streets they fought to protect. Many of those veterans suffer from post-traumatic stress disorder and drug addiction.

A new federal report found that only one in five troops returning from Iraq or Afghanistan and considered at risk for post-traumatic stress disorder were actually referred for treatment by the Department of Defense.

Yet the benefits of treatment can be seen at the nation's largest federal Department of Veterans Affairs facility, a sprawling campus in the heart of Los Angeles. It hosts medical facilities, gardens and the Los Angeles National Cemetery, where granite tombstones mark the graves of tens of thousands of vets.

The campus is also home to New Directions, a not-for-profit group that's helped thousands of homeless veterans get their lives back. Almost all the people who work at the facility were once residents there.

Todd Roberts is among those who found shelter and a new life through New Directions. He once lived on the streets, sleeping in a tent on the sidewalk, addicted to heroin. Now the former Marine has been free of drugs for a year and says he's determined to stay that way, with help from his fellow veterans. He trusts the people at New Directions because they have walked the same troubled road he did.

Dr. Michael Buffington, a clinical psychologist at New Directions, says combat can exacerbate old emotional wounds on top of creating new ones. That's one reason many veterans turn to alcohol or drugs to numb the pain.

The first step for most new residents at New Directions is a detoxification process that can last up to 21 days. Staff psychologists test for mental illness. Then the veterans are enrolled in a 12-step residential program or sent to another building -- called the "last house" -- for veterans suffering from acute addiction and severe mental trauma.

Newcomers are surrounded by successful "graduates" of the program to offer incentive and encouragement. Beyond 12-step meetings and counseling there are on-site classes in math, reading and computer skills.

Services, Locations and How to Donate at the New Directions Web Site