Excerpt: 'The Brief History of the Dead'

Excerpt: 'The Brief History of the Dead' 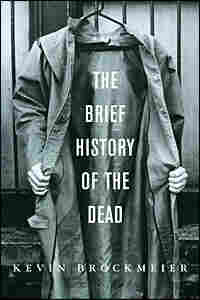 "This is the kind of book you'll find yourself thinking about long after you've gone on to other novels," says librarian Nancy Pearl about this novel by Kevin Brockmeier. "The writing is masterful, the ideas are provocative, and all in all this is a stunning achievement."

When the blind man arrived in the city, he claimed that he had traveled across a desert of living sand. First he had died, he said, and then–snap!–the desert. He told the story to everyone who would listen, bobbing his head to follow the sound of their footsteps. Showers of red grit fell from his beard. He said that the desert was bare and lonesome and that it had hissed at him like a snake. He had walked for days and days, until the dunes broke apart beneath his feet, surging up around him to lash at his face. Then everything went still and began to beat like a heart. The sound was as clear as any he had ever heard. It was only at that moment, he said, with a million arrow points of sand striking his skin, that he truly realized he was dead.

Jim Singer, who managed the sandwich shop in the monument district, said that he had felt a prickling sensation in his fingers and then stopped breathing. "It was my heart," he insisted, thumping firmly on his chest. "Took me in my own bed." He had closed his eyes, and when he opened them again, he was on a train, the kind that trolleys small children around in circles at amusement parks. The rails were leading him through a thick forest of gold-brown trees, but the trees were actually giraffes, and their long necks were reaching like branches into the sky. A wind rose up and peeled the spots from their backs. The spots floated down around him, swirling and dipping in the wake of the train. It took him a long time to understand that the throbbing noise he heard was not the rattling of the wheels along the tracks.

The girl who liked to stand beneath the poplar tree in the park said that she had died into an ocean the color of dried cherries. For a while the water had carried her weight, she said, and she had lain on her back turning in meaningless circles, singing the choruses of the pop songs she remembered. But then there was a drum of thunder, and the clouds split open, and the ball bearings began to pelt down around her–tens of thousands of them. She had swallowed as many as she could, she said, stroking the cracked trunk of the poplar tree. She didn't know why. She filled like a canvas sack and sank slowly through the layers of the ocean. Shoals of fish brushed past her, their blue and yellow scales the single brightest thing in the water. And all around her she heard that sound, the one that everybody heard, the regular pulsing of a giant heart.

The stories people told about the crossing were as varied and elaborate as their ten billion lives, so much more particular than those other stories, the ones they told about their deaths. After all, there were only so many ways a person could die: either your heart took you, or your head took you, or it was one of the new diseases. But no one followed the same path over the crossing. Lev Paley said that he had watched his atoms break apart like marbles, roll across the universe, then gather themselves together again out of nothing at all. Hanbing Li said that he woke inside the body of an aphid and lived an entire life in the flesh of a single peach. Graciella Cavazos would say only that she began to snow–four words–and smile bashfully whenever anyone pressed her for details.

No two reports were ever the same. And yet always there was the drumlike thumping noise.

Some people insisted that it never went away, that if you concentrated and did not turn your ear from the sound, you could hear it faintly behind everything in the city–the brakes and the horns, the bells on the doors of restaurants, the clicking and slapping of different kinds of shoes on the pavement. Groups of people came together in parks or on rooftops just to listen for it, sitting quietly with their backs turned to one another. Ba-dum. Ba-dum. Ba-dum. It was like trying to keep a bird in sight as it lifted, blurred, and faded to a dot in the sky.

Luka Sims had found an old mimeograph machine his very first week in the city and decided to use it to produce a newspaper. He stood outside the River Road Coffee Shop every morning, handing out the circulars he had printed. One particular issue of the L. Sims News & Speculation Sheet–or the Sims Sheet, as people called it–addressed the matter of this sound. Fewer than twenty percent of the people Luka interviewed claimed that they could still hear it after the crossing, but almost everyone agreed that it resembled nothing so much as–could be nothing other than–the pounding of a heart. The question, then, was, Where did it come from? It could not be their own hearts, for their hearts no longer beat. The old man Mahmoud Qassim believed that it was not the actual sound of his heart, but the remembered sound, which, because he had both heard and failed to notice it for so long, still resounded in his ears. The woman who sold bracelets by the river thought that it was the heartbeat at the center of the world, that bright, boiling place she had fallen through on her way to the city. "As for this reporter," the article concluded, "I hold with the majority. I have always suspected that the thumping sound we hear is the pulse of those who are still alive. The living carry us inside them like pearls. We survive only so long as they remember us." It was an imperfect metaphor–Luka knew that–since the pearl lasts much longer than the oyster. But rule one in the newspaper business was that you had to meet your deadlines. He had long since given up the quest for perfection.

There were more people in the city every day, and yet the city never failed to accommodate them. You might be walking down a street you had known for years, and all of a sudden you would come upon another building, another whole block. Carson McCaughrean, who drove one of the sleek black taxis that roamed the streets, had to redraw his maps once a week. Twenty, thirty, fifty times a day, he would pick up a fare who had only recently arrived in the city and have to deliver him somewhere he–Carson–had never heard of. They came from Africa, Asia, Europe, and the Americas. They came from churning metropolises and from small islands in the middle of the ocean. That was what the living did: they died. There was an ancient street musician who began playing in the red brick district as soon as he reached the city, making slow, sad breaths with his accordion. There was a jeweler, a young man, who set up shop at the corner of Maple and Christopher Streets and sold diamonds that he mounted on silver pendants. Jessica Auffert had operated her own jewelry shop on the same corner for more than thirty years, but she did not seem to resent the man, and in fact brought him a mug of fresh black coffee every morning, exchanging gossip as she drank with him in his front room. What surprised her was how young he was—how young so many of the dead were these days. Great numbers of them were no more than children, who clattered around on skateboards or went racing past her window on their way to the playground. One, a boy with a strawberry discoloration on his cheek, liked to pretend that the rocking horses he tossed himself around on were real horses, the horses he had brushed and fed on his farm before they were killed in the bombing. Another liked to swoop down the slide over and over again, hammering his feet into the gravel as he thought about his parents and his two older brothers, who were still alive. He had watched them lift free of the same illness that had slowly sucked him under. He did not like to talk about it.

This was during a war, though it was difficult for any of them to remember which one. 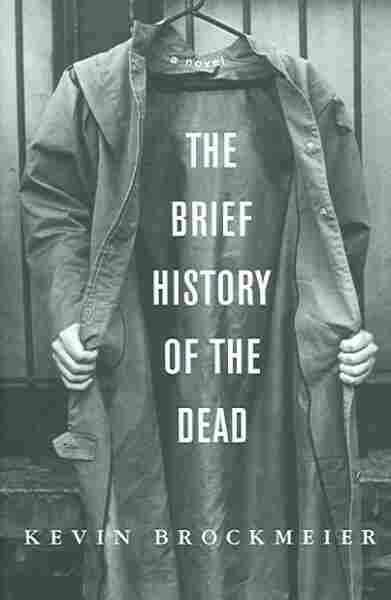 The Brief History of the Dead

Title
The Brief History of the Dead
Author
Kevin Brockmeier