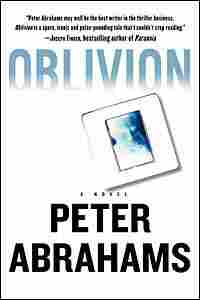 Nick Petrov, in the witness box, waited for the next question. The lawyer for the accused looked up from his yellow pad and fastened his skeptical gaze – familiar to millions of cable talk show viewers – on Petrov's face. The lawyer had eyebrows like Einstein's, resembled him in general, Petrov thought, but with a better haircut. Perfume from the previous witness still hung in the air.

A better haircut and a meaner disposition. "That's not for me to say," Petrov said. He'd been on the stand for twenty-eight minutes, long enough to have formed the opinion that there was only one juror to worry about – the middle-aged woman in the back row, a lapis butterfly brooch on her lapel. The eleven other faces said guilty in the first degree, at least to him; but her face, soft, pretty, unadorned, had mercy written all over it. The defendant, Ty Canning, polishing his glasses on the end of his tie, had shown none.

"But it's what you think," said the lawyer. "That you're the sharpest tool in the shed."

"Is that a question?" Petrov said.

"Most definitely," said the lawyer.

"Do I have to answer it, Your Honor?"

"The witness will answer the question," said the judge.

Some people laughed; but not the butterfly woman.

"You think this is funny?" said the lawyer. Petrov remained silent, and the lawyer, perhaps slightly off-stride, didn't demand an answer. He flipped through the yellow pad in an irritated way. Petrov, habitual noticer of little things, saw that his eyes weren't moving, meaning he wasn't actually reading. Was this a dramatic pause or had he lost the thread? "Your Honor," the lawyer said, "I'd like the jury to hear that last question and answer again." He'd lost the thread; the self-confident but inferior younger brother who'd never arrived to disturb the Einstein family dynamic. Petrov waited for an opening.

"Question," said the court reporter. "What did the defendant say on the ride back from Mexico? Answer: He said, 'You got me.'"

" 'You got me,' " said the lawyer, facing the jury. "Sounds definitive. Practically an admission of guilt." He spun around to Petrov. "But in your deposition of June eleven, you stated the defendant's words were 'What makes you think it was me?' Not an admission of guilt, more like the aggrieved response of an innocent man." He paused. "Now, remembering that you are under oath, which one of your answers should the jury believe?" Petrov felt the butterfly woman's gaze on his face, knew that phrase – the aggrieved response of an innocent man – touched something deep inside her. The jurors, wide awake now, leaned forward in anticipation. "Both," Petrov said.

"Both?" Those eyebrows, lively and articulate, rose in disbelief. "Are you aware of what would happen to your license if you put yourself in the position of giving false testimony?"

"I am aware," Petrov said. He met the lawyer's gaze. "In the deposition, I was asked only what the defendant's first words were – 'What makes you think it was me?' It was after I explained the leads I'd followed that he made the second remark – 'You got me.' There was also a third remark, just before I turned him over."

Silence. The lawyer understood, the judge understood, everyone with the slightest knowledge of cross-examination tactics understood that you never asked a question without knowing the answer. But a trial had dramatic form, and that form now demanded the question be asked.

"The defendant also said, 'I enjoyed every minute of it.'"

Before the lawyer could respond, Ty Canning, a rich young man whose manner had been impeccable throughout the trial, shouted, "The f*** I did," and pounded his fist on the table. A vein throbbed in his neck and his face swelled and reddened, the effect phallic, out of control, dangerous: one of those electric courtroom moments that happened mostly in stories. The butterfly woman recoiled. The judge banged her gavel. The marshals moved in.

There were no further questions. Petrov stepped down. One of the marshals gave him a discreet pat on the back on the way out.

The Santa Ana was blowing, hot and dry. Petrov loved the heat, possibly some reaction to his birthplace, even though he'd left Russia at the age of two and had no memories of it. But crossing the parking lot outside the county courthouse, Petrov found himself thinking of a cooling swim. Friday afternoon, a few minutes after three. He'd been planning to spend the weekend at the lake – why not leave now, arrive in daylight, maybe do a little fishing too? He had the car door open when a woman called, "Mr. Petrov?"

She was hurrying across the lot: midthirties, judging by her face, although her body looked ten years younger and her clothes—halter top and midthigh skirt -- belonged on a teenager. Her eyes were the anxious eyes of a prospective client.

"My name's Liza," she said. She came to a stop, rocking back slightly on her high heels. "Lisa, really, but Liza professionally. Liza Rummel. It's about Amanda."

Liza Rummel shook her head, a quick side-to-side, erasing and starting over. "I saw on Court TV you'd be testifying today. That's why I came down here."

"From where? Van Nuys. We've been living in Encino but now we're in Van Nuys. Amanda liked the old place much better, come to think of it -- I wonder if that's a factor."