Accessibility links
Excerpt: 'My Life in France' Karen Grigsby Bates recommends the memoir My Life in France by Julia Child with Alex Prud'homme for Day to Day in its annual summer roundup of book choices.

Excerpt: 'My Life in France'

Excerpt: 'My Life in France' 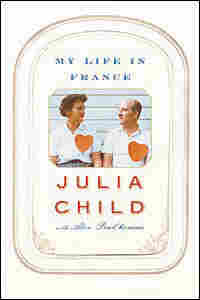 Karen Grigsby Bates recommends the memoir My Life in France by Julia Child with Alex Prud'homme for Day to Day in its annual summer roundup of book choices.

Summer Pages for the Mind, Heart and Tastebuds June 22, 2006

This is a book about some of the things I have loved most in life: my husband, Paul Child; la belle France; and the many pleasures of cooking and eating. It is also something new for me. Rather than a collection of recipes, I've put together a series of linked autobiographical stories, mostly focused on the years 1948 through 1954, when we lived in Paris and Marseille, and also a few of our later adventures in Provence. Those early years in France were among the best of my life. They marked a crucial period of transformation in which I found my true calling, experienced an awakening of the senses, and had such fun that I hardly stopped moving long enough to catch my breath.

Before I moved to France, my life had not prepared me for what I would discover there. I was raised in a comfortable, WASPy, uppermiddle-class family in sunny and non-intellectual Pasadena, California. My father, John McWilliams, was a conservative businessman who managed family real-estate holdings; my mother, Carolyn, whom we called Caro, was a very warm and social person. But, like most of her peers, she didn't spend much time in the kitchen. She occasionally sallied forth to whip up baking-powder biscuits, or a cheese dish, or finnan haddie, but she was not a cook. Nor was I.

As a girl I had zero interest in the stove. I've always had a healthy appetite, especially for the wonderful meat and the fresh produce of California, but I was never encouraged to cook and just didn't see the point in it. Our family had a series of hired cooks, and they'd produce heaping portions of typical American fare—fat roasted chicken with buttery mashed potatoes and creamed spinach; or well-marbled porterhouse steaks; or aged leg of lamb cooked medium gray—not pinky-red rare, as the French do—and always accompanied by brown gravy and green mint sauce. It was delicious but not refined food.

Paul, on the other hand, had been raised in Boston by a rather bohemian mother who had lived in Paris and was an excellent cook. He was a cultured man, ten years older than I was, and by the time we met, during World War II, he had already traveled the world. Paul was a natty dresser and spoke French beautifully, and he adored good food and wine. He knew about dishes like moules marinières and boeuf bourguignon and canard à l'orange—things that seemed hopelessly exotic to my untrained ear and tongue. I was lucky to marry Paul. He was a great inspiration, his enthusiasm about wine and food helped to shape my tastes, and his encouragement saw me through discouraging moments. I would never have had my career without Paul Child.

We'd first met in Ceylon (Sri Lanka) during the Second World War and were married in September 1946. In preparation for living with a new husband on a limited government income, I decided I'd better learn how to cook. Before our wedding, I took a bride-to-be's cooking course from two Englishwomen in Los Angeles, who taught me to make things like pancakes. But the first meal I ever cooked for Paul was a bit more ambitious: brains simmered in red wine! I'm not quite sure why I picked that particular dish, other than that it sounded exotic and would be a fun way to impress my new husband. I skimmed over the recipe, and figured it wouldn't be too hard to make. But the results, alas, were messy to look at and not very good to eat. In fact, the dinner was a disaster. Paul laughed it off, and we scrounged up something else that night. But deep down I was annoyed with myself, and I grew more determined than ever to learn how to cook well.

In our first year as young marrieds, we lived in Georgetown, in Washington, D.C., in a small white clapboard house on Olive Avenue. While Paul worked on mounting exhibits for the State Department, I worked as a file clerk. In the evening, I would approach the stove armed with lofty intentions, the Joy of Cooking or Gourmet magazine tucked under my arm, and little kitchen sense. My meals were satisfactory, but they took hours of laborious effort to produce. I'd usually plop something on the table by 10:00 p.m., have a few bites, and collapse into bed. Paul was unfailingly patient. But years later he'd admit to an interviewer: “Her first attempts were not altogether successful. . . . I was brave because I wanted to marry Julia. I trust I did not betray my point of view.” (He did not.)

In the winter of 1948, Paul was offered a job running the Visual Presentation Department for the United States Information Service (USIS) in Paris, and I tagged along. I had never been to Europe, but once we had settled in Paris, it was clear that, out of sheer luck, I had landed in a magical city—one that is still my favorite place on earth. Starting slowly, and then with a growing enthusiasm, I devoted myself to learning the language and the customs of my new home.

In Paris and later in Marseille, I was surrounded by some of the best food in the world, and I had an enthusiastic audience in my husband, so it seemed only logical that I should learn how to cook la cuisine bourgeoise – good, traditional French home cooking. It was a revelation. I simply fell in love with that glorious food and those marvelous chefs. The longer we stayed there, the deeper my commitment became.

In collaborating on this book, Alex Prud'homme and I have been fortunate indeed to have spent hours together telling stories, reminiscing, and thinking out loud. Memory is selective, and we have not attempted to be encyclopedic here, but have focused on some of the large and small moments that stuck with me for over fifty years.

Alex was born in 1961, the year that our first book, Mastering the Art of French Cooking, which I wrote with Simone Beck and Louisette Bertholle, was published. How appropriate, then, that he and I should work together on this volume, which recounts the making of that book.

Our research has been aided immeasurably by a thick trove of family letters and datebooks kept from those days, along with Paul's photographs, sketches, poems, and Valentine's Day cards. Paul and his twin brother, Charlie Child, a painter who lived in Bucks County, Pennsylvania, wrote to each other every week or so. Paul took letter writing seriously: he'd set aside time for it, tried to document our day-to-day lives in a journalistic way, and usually wrote three to six pages a week in a beautiful flowing hand with a special fountain pen; often he included little sketches of places we'd visited, or photos (some of which we have used in these pages), or made mini-collages out of ticket stubs or newsprint. My letters were usually one or two pages, typed, and full of spelling mistakes, bad grammar, and exclamation points; I tended to focus on what I was cooking at the time, or the human dramas boiling around us. Written on thin pale-blue or white airmail paper, those hundreds of letters have survived the years in very good shape.

When I reread them now, the events those letters describe come rushing back to me with great immediacy: Paul noticing the brilliant sparkle of autumn light on the dark Seine, his daily battles with Washington bureaucrats, the smell of Montmartre at dusk, or the night we spied wild-haired Colette eating at that wonderful Old World restaurant Le Grand Véfour. In my letters, I enthuse over my first taste of a toothsome French duck roasted before an open fire, or the gossip I'd heard from the vegetable lady in the Rue de Bourgogne marketplace, or the latest mischief of our cat, Minette, or the failures and triumphs of our years of cookbook work. It is remarkable that our family had the foresight to save those letters – it's almost as if they knew Alex and I were going to sit down and write this book together one day.

We tip our hats in gratitude to the many people and institutions who have helped us with My Life in France, especially to my dear friend and lifelong editor at Knopf, Judith Jones, she of the gimlet eye and soft editorial touch. And to my beloved French "sisters," Simone Beck and Louisette Bertholle, with whom I collaborated; to my sister, Dorothy, my enthusiastic niece, Phila Cousins, and her brother, Sam; to my invaluable assistant, Stephanie Hersh, and my attorney Bill Truslow. We also sing the praises of the Schlesinger Library at the Radcliffe Institute, which has graciously housed the bulk of my papers and Paul's photographs; the Museum of American History at the Smithsonian Institution, which has been kind enough to display artifacts from my career, including my entire kitchen from our house in Cambridge, Massachusetts; to WGBH, Boston's public television station; to my alma mater, Smith College; also to the many family members and friends who have aided us with memories, photos, good company, and fine meals as we pieced together this volume.

What fun and good fortune I had living in France with Paul, and again in writing about our experiences with Alex. I hope that this book is as much fun for you to read as it was for us to put together – bon appétit! 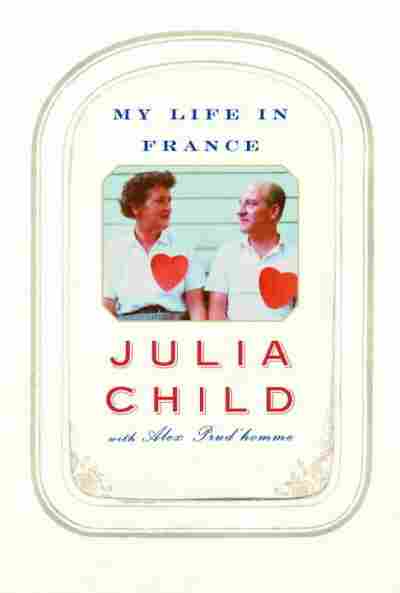 My Life in France

by Julia Child and Alex Prud'Homme