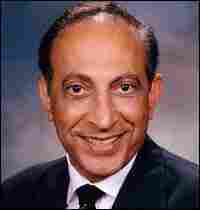 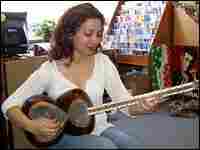 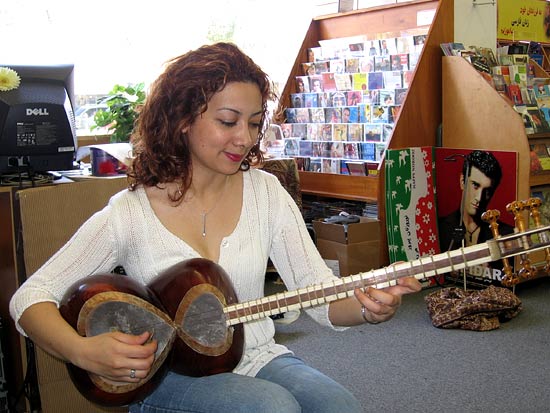 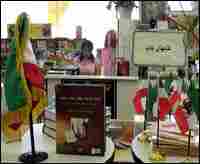 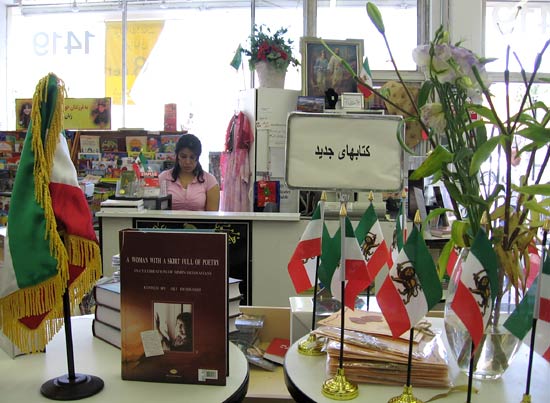 Perhaps nowhere is the standoff over Iran's nuclear enrichment program followed more closely than in Los Angeles' Iranian-American community. Known as Tehrangeles, it's the biggest community of Iranians outside Iran.

And if there's a downtown Tehrangeles, it's a stretch of Westwood Boulevard, on the edge of the UCLA campus next door to Beverly Hills. Pop into any shop and you'll hear Farsi. The business signs are all in Persian.

The popular Ketab Bookshop features Persian books and CDs. The TV at the back of this and other stores is tuned to an Iranian program. There are 20 Farsi-language channels to choose from on satellite television. More than a dozen are based in Southern California and beamed back to Iran.

Delaram, a young clerk in the bookstore, came here three years ago. She figured rightly that she could find a job in this Persian community. Her father was a general under the former Shah, protected after the revolution by family members connected to the new Islamic government.

"I had been brought up in a system that I was told to walk on American flag," she says. But she became curious about America and started practicing her English as a little girl, long before she had ever heard of Tehrangeles.

But because so many people in the community speak Persian, she hardly ever gets to speak English.

Iranian-born Jimmy Delshad is the vice mayor of Beverly Hills, who came to the area in 1959 and later built a computer hardware company. By his calculations, Delshad is now the top elected Iranian-American official in the United States. Like most Iranians, he has thrived in America. The per capita income of Iranian-Americans is 50 percent higher than the national average. Just under 40 percent have a college degree.

And about the most contentious political problem faced by Iranians in Beverly Hills was when the city council passed an ordinance prohibiting the building of extravagant white-pillared McMansions, known here as Persian Palaces.

In his office in City Hall, Delshad proudly displays campaign buttons and election brochures written in Farsi, something the city did for the first time when he ran for office.

When he ran for city council, Delshad had to persuade the city's Iranians to register.

"In Iran, if you were on a list it was generally not good. It doesn't matter what the list was, because somebody would misuse that list. There was that fear."

Here is where a small dark cloud seems to form over Tehrangeles. Even for those who have been here for decades, there is the sense of the watchful eye of a distant regime.

No one seems shy to criticize the Iranian regime. One man cheerfully called President Mahmoud Ahmadinejad a "monkey" and another called him a dictator on tape. But then both men insisted their names not be used.

Rumors of danger are whispered about on Westwood Boulevard. It's true that for more than a decade after the revolution, hit squads roamed Europe, sent by the regime to silence opposition leaders. One assassination even took place on American soil.

The subterfuge goes both ways. The Council on Foreign Relations released a report last month citing Tehrangeles as a place the CIA sees as a potential source of intelligence.

In the end, the exiles of Tehrangeles have many different vision of how Iran fits into their future. Even with vivid memories of their home country pulling them back, most aren't optimistic about political change.

Like Jamie, the owner of a printing shop in Westwood: "Of course, I would like to go and visit there again if possible. I would like to see a free Iran, but it doesn't seem to happen soon, even though I wish it would happen soon."

Delaram, a young clerk in the bookstore, recalls her earliest experience in America.