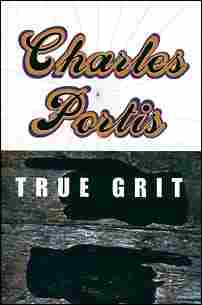 Selected by author George Pelecanos for his summer reading recommendation.

People do not give it credence that a fourteen-year-old girl could leave home and go off in the wintertime to avenge her father’s blood but it did not seem so strange then, although I will say it did not happen every day. I was just fourteen years of age when a coward going by the name of Tom Chaney shot my father down in Fort Smith, Arkansas, and robbed him of his life and his horse and $150 in cash money plus two California gold pieces that he carried in his trouser band.

Here is what happened. We had clear title to 480 acres of good bottom land on the south bank of the Arkansas River not far from Dardanelle in Yell County, Arkansas. Tome Chaney was a tenant but working for hire and not on shares. He turned up one day hungry and riding a gray horse that had a filthy blanket on his back and a rope halter instead of a bridle. Papa took pity on the fellow and gave him a job and a place to live. It was a cotton house made over into a little cabin. It had a good roof.

Tom Chaney said he was from Louisiana. He was a short man with cruel features. I will tell more about his face later. He carried a Henry rifle. He was a bachelor about twenty-five years of age.

In November when the last of the cotton was sold Papa took it in his head to go to Fort Smith and buy some ponies. He had heard that a stock trader there named Colonel Stonehill had bought a large parcel of cow ponies from Texas drovers on their way to Kansas and was now stuck with them. He was getting shed of them at bargain rates as he did not want to feed them over the winter. People in Arkansas did not think much of Texas mustang ponies. They were little and mean. They had never had anything but grass to eat and did not weigh over eight hundred pounds.

Papa has an idea they would make good deer-hunting ponies, beign hardy and small and able to keep up with the dogs through the brush. He thought he would buy a small string of them and if things worked out he would breed and sell them for that purpose. His head was full of schemes. Anyway, it would be cheap enough investment to start with, and we had a patch of winter oats and plenty of hay to see the ponies through till spring when they could graze in our big north pasture and geed on greener and juicer clover than they ever saw in the “Lone Star State.” As I recollect, shelled corn was something under fifteen cents a bushel then.

Papa intended for Tom Chaney to stay and look after things on the place while he was gone. But Chaney set us a fuss to go and after a time he got the best of Papa’s good nature. If Papa has a failing it was his kindly disposition. People would use him. I did not get my mean streak from him. Frank Ross was the gentlest, most honorable man who ever lived. He has a common-school education. He was a Cumberland Presbyterian and a Mason and he fought with determination at the battle of Elkhorn Tavern but was not wounded in that “scrap” as Lucille Biggers Langford states in her Yell County Yesterdays. I think I am in a position to know the facts. He was hurt in the terrible fight at Chickamauga up in the state of Tennessee and came near to dying on the way home from want of proper care.

Before Papa left for Fort Smith he arranged for a colored man named Yarnell Poindexter to feed the stock and look in on Mama and us every day. Yarnell and his family lived just below us on some land he rented from the bank. He was born of free parents in Illinois but a man named Bloodworth kidnapped him in Missouri and brought him down to Arkansas just before the war. Yarnell was a good man, thrifty and industrious, and he later became a prosperous house painted in Memphis, Tennessee. We exchanged letters every Christmas until he passed away in the flu epidemic of 1918. To this day I have never met anybody else names Yarnell, white or black. I attended the funeral and visited in Memphis with my brother, Little Frank, and his family.

Instead of going to Fort Smith by steamboat of train, Papa decided he would go on horseback and walk the ponies back all tied together. Not only would it be cheaper but it would be a pleasant outing for him and a good ride. Nobody loved to gad about on a prancing steed more than Papa. I have never been very fond of horses myself although I believe I was accounted a good enough rider in my youth. I never was afraid of animals. I remember once I rode a mean goat through a plum thicket on a dare.

From our place to Fort Smith was about seventy miles as a bird flies, taking you past beautiful Mount Nebo where we had a little summer house so Mama could get away from the mosquitoes, and also Mount Magazine, the highest point in Arkansas, but it might as well have been seven hundred miles for all I knew of Fort Smith. The boats went up there and some people sold their cotton up there but that was all I knew about it. We sold out cotton down in Little Rock. I had been there two or three times.

Papa left us on his saddle horse, a big chestnut mare with a blazed face called Judy. He took some food and a change of clothes rolled up in some blankets and covered with a slicker. This was tied behind his saddle. He wore his belt gun which was a big long dragoon pistol, the cap-and-ball kind that was old-fashioned even at that time. He had carried it in the war. He was a handsome sight and in my memory’s eye I can still see him mounted up there on Judy in his brown woolen coat and black Sunday hat and the both of them, man and beast, blowing little clouds of steam of that frosty morn. He might have been a gallant knight of old. Tom Chaney rode his gray horse that was better suited to pulling a middlebuster than carrying a rider. He had no hand gun but he carried his rifle slung across his back on a piece of cotton plow line. There is trash for you. He could have taken an old piece of harness and made a nice leather strap for it. That would have been too much trouble.

Papa had right around two hundred and fifty dollars in his purse as I had reason to know since I kept his books for him. Mama was never any good at sums and she could hardly spell cat. I do not boast of my gifts in that direction. Figures and letters are not everything. Like Martha I have always been agitated and troubled b the cares of the day but my mother had a serene and loving heart. She was like Mary and had chosen “that good part.” The two gold pieces that Papa carried concealed in his clothes were a marriage gift from my Grandfather Spurling in Monterey, California.

Little did Papa realize that morning that he was never to see us or hold us again, nor would he ever again harken to the meadowlarks of Yell County trilling a joyous anthem to spring.

The news came like a thunderclap. Here is what happened. Papa and Tom Chaney arrived in Fort Smith and took a room at the Monarch boardinghouse. They called on Stonehill at his stock barn and looked over the ponies. It fell out that there was not a mare in the lot, or a stallion for that matter. The Texas cowboys rode nothing but geldings for some cowboy reason of their own and you can imagine they are no good for breeding purposes. But Papa was not to be turned back. He was determined to own some of those little brutes and on the second day he bought four of them for one hundred dollars even, bringing Stonehill down from his asking price of one hundred and forty dollars. It was a good enough buy.

They made plans to leave the next morning. That night Tom Chaney went to a barroom and got into a game of cards with some “riffraff” like himself and lost his wages. He did not take the loss like a man but went back to the room at the boardinghouse and sulled up like a possum. He had a bottle of whisky and he drank that. Papa was sitting in the parlor talking to some drummers. By and by Chaney came out of the bedroom with his rifle. He said he had been cheated and was going back to the barroom and get his money. Papa said if he had been cheated they then had best go and talk to the law about it. Chaney would not listen. Papa followed him outside and told him to surrender the rifle as he was in no fit state to start a quarrel with a gun in his hand. My father was not armed at that time.

Tom Chaney raised his rifle and shot him in the forehead, killing him instantly. There was no more provocation than that and I tell it as it was told to me by the high sheriff of Sebastian County. Some people might say, well, what business was it of Frank Ross to meddle? My answer is this: he was trying to do that short devil a good turn. Chaney was a tenant and Papa felt responsibility. He was his brother’s keeper. Does that answer your question?

Now the drummers did not rush out to grab Chaney or shoot him but instead scattered like poultry while Chaney took my father’s purse from his warm body and ripped open the trouser band and took the gold pieces too. I cannot say how he knew about them. When he finished his thieving he raced to the end of the street and struck the night watchman at the stock barn a fierce blow to the mouth with his rifle stock, knocking him silly. He put a bridle on Papa’s horse Judy and rode out bareback. Darkness swallowed him up. He might have taken the time to saddle the horse or hitched up three spans of mules to Concord stage-coach and smoked a pipe as it seems no one in that city was after him. He had mistaken the drummers for men. “The wicked flee when none pursueth.” 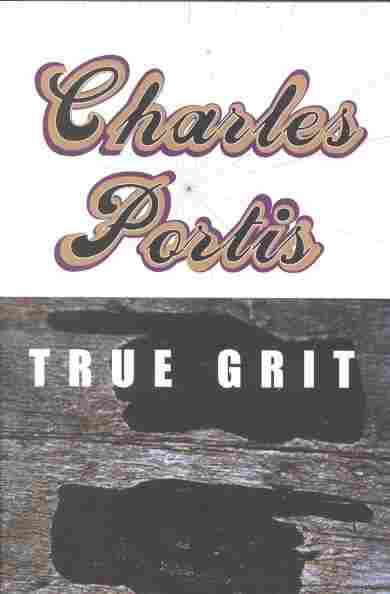