Accessibility links
Intelligence Credited with Exposing Zarqawi to Strike American Special Operations personnel in Iraq have been instrumental in shaping U.S. military strategy in the country, say experts. Michele Norris talks with Michael Vickers, director of Strategic Studies at the Center for Strategic and Budgetary Assessments. Vickers, a former captain in the Special Forces, was an operations officer in the CIA.

American Special Operations personnel in Iraq have been instrumental in shaping U.S. military strategy in the country, say experts. Michele Norris talks with Michael Vickers, director of Strategic Studies at the Center for Strategic and Budgetary Assessments. Vickers, a former captain in the Special Forces, was an operations officer in the CIA.

We're joined now by Michael Vickers. He's a former Special Forces captain. He's currently the Director of Strategic Studies at the Center for Strategic and Budgetary Assessments. Good to talk to you.

Mr. MICHAEL VICKERS (Center for Strategic and Budgetary Assessments): Good to talk to you.

NORRIS: Now first, tell us about the kind of Special Ops team that would have carried out this mission.

Mr. VICKERS: Well, it would have likely been one of the Special Ops forces that specialize in counterterrorism missions and more specifically manhunting high value targets like Abu Musab al-Zarqawi. And it would have been a classified unit where the identities of the operators are kept secret, along with a lot of their techniques.

NORRIS: Special Ops teams have been targeting Zarqawi for some time. At least twice in the recent past they've come within minutes of capturing him, only to find that he slipped away at the last minute. What do you think made the difference this time?

Mr. VICKERS: Well, it seems like some real painstaking intelligence work over a period of some weeks and basically getting a combination of things coming together. Identifying his spiritual advisor, then being able to follow him consistently and track him to the location. And then some other supporting detail.

Mr. VICKERS: Well, it's really a combination of both. There's a great level of effort that has gone into attacking the Zarqawi organization in Iraq with quite a bit of success. A number of high aides have been captured recently in separate operations. But also getting a tip like - we've been trying this for three years - and getting a tip like this really is a big breakthrough.

NORRIS: And when you get a tip like this, trying to pinpoint a man who's always on the move, always surrounded by bodyguards and benefiting from a local populace that in essence acts as his eyes and ears, you'd have to move really fast. You'd have to really zero in quickly.

Mr. VICKERS: Yes. And complicating it further is that he usually has a bit of an armed guard and that they wear suicide belts. And so it dictates sort of how you do the operation in terms of risk to U.S. forces, so I think that's why they went with an airstrike.

NORRIS: I'm curious about how they would specifically approach that site. On the ground and in the air.

Mr. VICKERS: Well, they would probably want to confirm that the individuals were indeed in the site and so have eyes on the target. And then direct the airplanes into the site, perhaps with a laser-guided bomb even paint the target. And then go in afterwards and exploit what intelligence might be there in terms of documents or laptops or other things.

NORRIS: And speaking of those documents, that so-called treasure trove of documents, how would Special Forces act on that? I imagine they'd have to move very quickly there also.

Mr. VICKERS: Well yes, but this was also part of a larger operation, that after Zarqawi was killed, then there were raids on a number of other sites in Baghdad. They couldn't have done that beforehand because it might tip off Zarqawi, so he was really the big fish. But then there was intelligence that led to a lot of other things and then that generates intelligence. And that's really one of the principles of this business, is that your next operation comes from one you previously do.

NORRIS: Just briefly, what kind of effect might this have on the insurgency?

Mr. VICKERS: Well, the insurgency is mostly domestic. The foreign fighters are really only about 5 percent. So it's a big psychological victory, it may not actually affect much on the battlefield right now. But it does grievously wound al-Qaida and make us breathe a lot easier about what Zarqawi might have done outside of Iraq.

NORRIS: Michael Vickers, thanks so much for talking to us.

NORRIS: Michael Vickers is a former Army Special Forces captain. He's now the Director of Strategic Studies at the Center for Strategic and Budgetary Assessments. 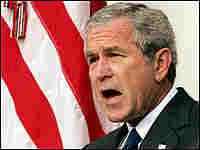 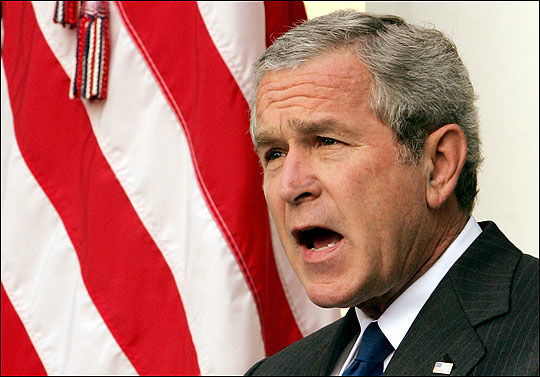