Accessibility links
Nutritionist Tackles Serious Business of 'What to Eat' Eat less, move more. Eat lots of fruits and vegetables. Easy on the junk food. Marion Nestle's basic principles for a good diet are easier said than done. She explains why it's so hard to eat healthy.

Listen
Nutritionist Tackles Serious Business of 'What to Eat' 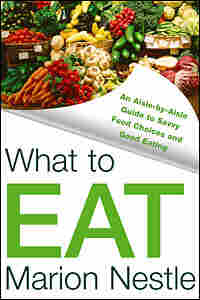 Eat less, move more, eat lots of fruits and vegetables, and go easy on junk food. These are author and nutritionist Marion Nestle's basic principles for a good diet.

The proliferation of organic products

The rules seem easy enough. But as Nestle argues in her book What to Eat, actually following them and making smart decisions about food can be difficult. In part, she says, consumers face the challenges of an "enormous gap" in information -- and a food industry that spends $36 billion a year on marketing.

Nestle explains how manufacturers have turned yogurt from a food that's "pretty healthy" into a dessert, the ethics of marketing to children, and what she would do to make it easier to eat healthy in America.

Excerpt: 'What to Eat'

From the introduction to What to Eat:

I began my research (and that is just what it was) by visiting supermarkets of all kinds and taking notes on what they were selling, section by section, aisle by aisle. I looked at the products on those shelves just as any shopper might, and tried to figure out which ones made the most sense to buy for reasons of taste, health, economy, or any number of social issues that might be of concern. Doing this turned out to be more complicated than I could have imagined. For one thing, it required careful reading of food labels, which, I can assure you, is hard work even for nutritionists. Science and politics make food labels exceptionally complicated, and they often appear in very small print. I found it impossible to do any kind of comparative shopping without putting on reading glasses, I frequently had to use a calculator, and I often wished I had a scale handy so I could weigh things.

The Fundamentals of Supermarket Design

Supermarkets dearly wish they could expose you to every single item they carry, every time you shop. Terrific as that might be for your walking regimen, you are unlikely to endure having to trek through interminable aisles to find the few items you came in for — and retailers know it. This conflict creates a serious dilemma for the stores. They have to figure out how to get you to walk up and down those aisles for as long as possible, but not so long that you get frustrated. To resolve the dilemma, the stores make some compromises — but as few as possible. Overall, supermarket design follows fundamental rules, all of them based firmly on extensive research. — Marion Nestle

Supermarkets turn out to be deeply fascinating, not least because even the smallest ones sell thousands of products. Much about these stores made me intensely curious. Why, I wondered, do they sell this and not that? Why are entire aisles devoted to soft drinks and snack foods? What do the pricing signs mean, and how do they work? Why is it so hard to find some things, but not others? Are there any genetically modified or irradiated foods among the fruits and vegetables? What does "Certified Organic" mean, can it be trusted, and is it worth the higher price? Is soy milk healthier than cow's milk? If an egg is "United Egg Producers Certified," is it better? Is it safe to eat farmed fish or, for that matter, any fish at all? Is it safe to eat take-out foods? If a sugary cereal sports a label saying it is whole grain, is it better for you? Does it make any real nutritional difference whether you buy white or whole wheat bread?

The answers to these questions might seem obvious, but I did not find them so. To arrive at decisions, I measured, counted, weighed, and calculated, and read the tiniest print on product labels. When I still did not understand something, I talked to section managers and store clerks. When they asked why I wanted to know (which they often did), I explained what I was doing and gave them my business card. If they could not answer my questions, I called the consumer affairs numbers on product labels, and sometimes talked to regional or national managers. I talked to farmers, farmers' market managers, product makers, food company executives, agriculture specialists, organic inspectors, fish inspectors, trade organization representatives, and university scientists. I went on field trips to places that roast coffee, bake bread, and package groceries for delivery. And I spent months searching the Internet and reading books, unearthing articles in my files, and examining trade and professional publications.

I tell you this not so much to impress you with the extent of the research as to explain that this is the kind of effort it took me to figure out what was going on, and I am supposed to know about such things. If you have trouble dealing with supermarkets, it is for a good reason. You need to know an amazing amount about our food system and about nutrition to make intelligent choices, but most of this information is anything but obvious. It is not supposed to be obvious. Supermarkets have one purpose and one purpose only: to sell food and make a profit, and as large a profit as possible. Your goals are more complicated: you want foods that are good for your health, but you also want them to taste good, to be affordable, to be convenient to eat, and to reflect social values that you might care about. In theory, your goals could overlap with the normal business interests of supermarkets. After all, they do sell plenty of inexpensive, convenient, tasty foods that are good for you. But in practice, you and the supermarket are likely to be at cross-purposes. The foods that sell best and bring in the most profits are not necessarily the ones that are best for your health, and the conflict between health and business goals is at the root of public confusion about food choices.

This conflict begins with dietary advice, much of which is hard to interpret. What, for example, does it really mean to "Consume a variety of nutrient-dense foods and beverages within and among the basic food groups" as advised by the Dietary Guidelines for Americans issued in 2005? Or to "know your fats" as advised by the 2005 version of the pyramid food guide? As I explained in Food Politics, government agencies cannot issue unambiguous dietary advice to eat this but not that without offending powerful industries. This is too bad, because nutrition is not "mission impossible." Its basic principles are simple. You need enough energy (measured in calories) and nutrients, but not too much of either. The range of healthful nutrient intake is broad, and foods from the earth, tree, or animal can be combined in a seemingly infinite number of ways to create diets that meet health goals. Think, for example, of how different the traditional diets are from Italy (pasta based, higher fat) and Japan (rice based, low fat), yet both are as healthful as can be.

Where diets get confusing is in the details: so many nutrients, so many foods, so many diseases, and so many conflicting research studies about one or another of them. The attention paid to single nutrients, to individual foods, and to particular diseases distracts from the basic principles of diet and health, but is understandable. You choose foods one by one, and those diseases affect you. Single nutrients and foods are easier to talk about than messy dietary patterns. And they are much easier to study. But you are better off paying attention to your overall dietary pattern than worrying about whether any one single food is better for you than another. 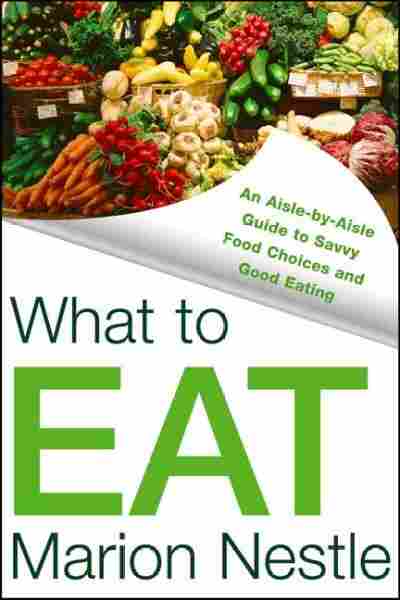