Accessibility links
Afghanistan's Cultural Gap Grows Wider The culture clash in Afghanistan between modernizers and traditionalists, and between urban and rural society, has been a constant source of tension.

Eighty years ago, King Amanullah Khan of Afghanistan embarked on a series of radical reforms, highlighted by his move to emancipate women. At one public event, his wife, Queen Soraya, removed her veil. The incident horrified the country's conservative clerics, and helped fuel an insurgency in the countryside which eventually overthrew the king.

Since then, the culture clash between modernizers and traditionalists, and between urban and rural society, has been a constant source of tension which has contributed to rebellions in the provinces against the various central governments. 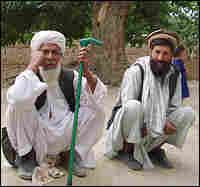 Residents of the village of Sausang, a half-hour's drive from Kabul, say they only get three hours of electricity a day. They complain about the invasion of foreign culture in the Afghan capital, and call the government of Hamid Karzai "un-Islamic." "Instead of building schools and medical clinics for us," one villager says, "they are baring their asses in public. This is not a good thing."

Today, the culture gap between the cities and the villages is as big as ever, and growing.

In Kabul, modern buildings have sprouted up, alongside private TV channels, shopping malls, Chinese, Thai and Italian restaurants. Many young, urban Afghans have embraced international fashion, while consuming music and movies from Europe and Asia. Meanwhile, in the city center, many Afghan women have discarded the all-concealing blue burka, opting instead to dress in headscarves and bright robes. 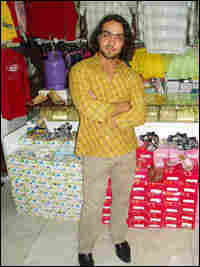 In a Kabul clothing store, 20-year-old Javed Yusufzai proudly shows off what he describes as his "fancy clothes." Yusufzai says tight pants, tight shirts, pointed shoes and long hair are in fashion in the Afghan capital. But, he adds, "they would kill me if I went to the countryside dressed like this."

Drive 10 minutes from the city, however, and step back in time. Villages of mud-brick dwellings still have no electricity or running water. Women are discouraged from setting foot out into the street, and many locals are furious at the developments in Kabul. Religious conservatives say the cities are importing foreign, un-Islamic culture. They have a point: Afghanistan is officially an Islamic republic, where ancient tribal customs are closely intertwined with religion.

Government officials are concerned, worried that the globalization of Kabul will hurt the legitimacy of the government of Hamid Karzai. The internationally backed government is struggling to put down a Taliban insurgency in the south and east of the country. Taliban commanders frequently call Karzai's government corrupt and un-Islamic.

Afghan and foreign observers say the more "globalized" Kabul becomes, the more it will help the Taliban.