Accessibility links
Upon Further Review, 'Stolen Child' Defies Tradition The Stolen Child is the top fiction seller on Amazon.com — even though major reviewers all but ignored it. Amazon sent galley copies to customer reviewers, who share their critiques for free. In an era of blogging and consumer opinion, what will happen to traditional reviewers?

The Stolen Child is the top fiction seller on Amazon.com — even though major reviewers all but ignored it. Amazon sent galley copies to customer reviewers, who share their critiques for free. In an era of blogging and consumer opinion, what will happen to traditional reviewers?

More About the Book

HANSEN: Many writers dream of having a best seller and it looks like Keith Donohue is well on his way to completing his quest. The Stolen Child has reached the Top 5 on the Amazon.com sales list and it's No. 26 on the New York Times Extended Best Seller List. All this before the book has been reviewed in any major newspapers. As NPR's Laura Sydell reports, The Stolen Child may represent the growing power of the amateur book critic.

As it is in any bookstore, many of the employees of Amazon.com really like to read books. Laura Porco, Amazon's Director of Merchandising, says Keith Donohue's The Stolen Child was a quick hit among her colleagues.

Ms. LAURA PORCO (Director of Merchandising, Amazon.com): This particular book was just one of those books that got past around the office that people were passionate about and really liked.

SYDELL: Porco says they wanted to alert Amazon's customers to what they thought was a great book. So they decided to try something new. They went through the Web site and got a list of the customers who frequently review books and whose reviews other customers found helpful. Then, Porco says, they asked them if they would review The Stolen Child.

Ms. PORCO: A handful of reviewers got back to us and said, absolutely, we'd love to see the book. And we let them know that, you know, whatever they wrote or said about it, we were going to put up on the Web site and that's exactly what we did.

SYDELL: Porco says all but one of the customer reviewers loved the book. Rather than featuring excerpts of a professional review on the page for The Stolen Child, Amazon put up the comments of their homegrown critics. Sales of the book took off. For professional critics, this is not good news, especially at a time when many newspapers are cutting their budgets for criticism. Oscar Wilde viewed criticism as an art in its own right. John Freeman, President of the National Book Critics Circle says, good critics offer more than a thumbs up or a thumbs down.

Mr. JOHN FREEMAN (President, National Book Critics Circle): They read books in a way that I think authors really would love them to be read, with a close attention to detail. Amateur critics don't have the opportunity to do that because they all have jobs, whereas a full-time critic can sit and read and really immerse themselves in the text and pick up on things, I think, if someone's reading quickly they might not pick up on.

SYDELL: When reading online reviews, there's also the question of whom to trust. A.J. Jacobs, author of the bestselling book, The Know It All, admits what many of suspect to be true about some of the customer reviews on Amazon and other sites.

Mr. A.J. JACOBS (Author): My Uncle Henry wrote, believe it or not, it was a very positive review. He thinks I'm a great writer, five stars.

SYDELL: However, Jacobs says he did find that some of the customer reviews on Amazon did offer pretty good criticism that he, as an author, found useful. In fact, recently there have been authors who have put manuscripts online, gotten reader critiques, and made changes based on them. Still Jacobs believes professional reviewers often do have a better grasp of history and context.

Mr. JACOBS: The best reviews are the ones that use the book as sort of a launching pad to talk about a bigger issue and make a bigger point and not just a book report.

SYDELL: But when it comes to sales, professional critics may no longer be necessary. Using the Internet to go directly to audiences, the film industry has been going around professional critics, at times not even inviting them to preview screenings of a movie. The Stolen Child began its assent up the bestseller list without a professional review and that has gotten the notice of its publisher, Nan Talese, whose imprint is a division of Doubleday. Talese says the publishing industry needs to find new ways to get the word out about a book.

Ms. NAN A. TALESE (Publisher): We're really trying to reach readers and critics have been a way of announcing that a book exists that readers might be interested in, but they're being given less and less room in the newspapers.

SYDELL: Talese believes what Amazon did by bringing their customer reviewers into the process signals a sea change and they will now work hard to get the attention of Amazon when they've got a new book. Still, Talese believes there's a role for the full-time critic, but that their work will simply be augmented by the Internet.

SYDELL: So, says McLennan, people who made their names doing online blogs have been getting their writings in the New York Times. What McLennan believes is that a new generation of professional critics is emerging right now on the Internet. Laura Sydell, NPR News. 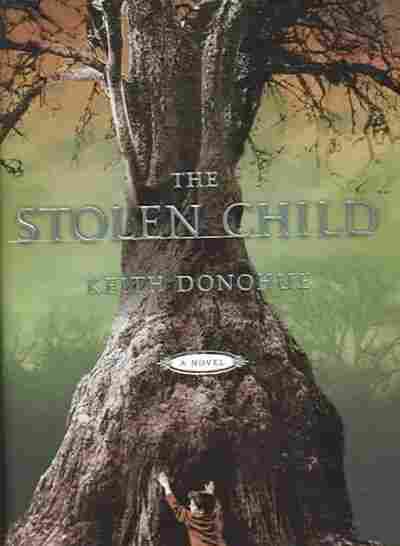