South African playwright Athol Fugard's work has long been esteemed around the world. Now his daughter, Lisa Fugard, has published a first novel: Skinner's Drift. Father and daughter talk about apartheid-era South Africa and what inspires their respective creative works.

Athol Fugard is among the world's most celebrated playwrights. Since the '50s, he's wrestled with the political and personal demons of his native South Africa. This year, two events have made him especially proud. His only novel about the redemption of a young township hoodlum called Tsotsi became an Oscar-winning film, and his only child, Lisa, came out with her debut novel. As we look ahead to Father's Day, Renee Montagne paid them a visit.

Athol Fugard now spends part of the year on the coast above San Diego, near where his daughter and grandson live. The lavender jacaranda here - the bleached grasses and bright orange blossoms of Cape Honeysuckle call one back to South Africa, a country Lisa Fugard left at 18.

Sitting barefoot on the couch next to her father, she says she came to America to study acting.

Ms. LISA FUGARD (Author, Skinner's Drift): I also think I really had to leave. I think my dad's presence was so huge in South Africa. You know, my dad had just - South Africa was his. He loved it so deeply, so passionately, and I thought, how can I fit in here? I actually wouldn't have been able to figure out who I was, what I wanted to do in that country, and I had to leave it.

MONTAGNE: At the time - it was the early 1980s - apartheid was at its most vicious, South Africa at its most tumultuous with the anti-apartheid movement gaining strength in America. Athol Fugard was suddenly in demand, and his play, Master Harold...and the Boys, became a hit on Broadway.

It's the story of a white boy, Harold, who deals with an unloving father by forming a friendship with a wise, black waiter, Sam, in the family restaurant. Until, that is, Harold has one especially painful conversation with his father. Sam offers advice and the boy lashes out. Matthew Broderick and Zakes Mokae play the leads in this 1984 adaptation.

Mr. MATTHEW BRODERICK (Actor): (As Harold) You're treading on dangerous ground. You leave me and my father alone.

Mr. ZAKES MOKAE: (Actor): (As Sam) I'm not the one who's been saying things about him.

Mr. BRODERICK: (As Harold) What goes on between me and my father is none of your business!

Mr. BRODERICK: (As Harold) Just do your work and shut up!

MONTAGNE: The playwright, whose full name is Harold Athol Fugard, says he knows the character well.

Mr. ATHOL FUGARD (Author and Playwright): He loves his father, but he hates his father. It's an incredibly complex emotional bond, and I know because that was my relationship to my own father. I loved him in the privacy of our own relationship.

We had the most marvelous time together, because he was a great storyteller, but my father was also a huge bigot - monstrous bigot - and he spoke about black people in a way that even, as young as I was, I found terribly offensive. But I could deal with that in the sort of privacy of our relationship, but once it was out in the open, in certain situations where I then had to choose my side between my father and the black servants, I was torn in two, and I couldn't resolve it for myself.

MONTAGNE: Athol Fugard's daughter, Lisa, hoped to resolve a different problem -the separation from her home country - by daring to write a novel of her own. It's called Skinner's Drift. Again, the story involves an emotional triangle: a daughter, a brutal father and the betrayal of a black worker named Lefu. Much of the story is set in the 1980s, the era she missed and is now compelled to explore.

Ms. FUGARD: I feel like there's this huge hole in my South African identity. I don't know. I think my dad, actually - Dad, you seem to be - you really, sort of, write contemporary plays that are, kind of, rooted in the here and now of South Africa. I still have a lot to write about what happened way back when.

Mr. FUGARD: Well, it's very interesting listening to Lisa; she has got very well developed - something that I have, not even in a vestigial form in my makeup, and that is a sense of history. I - I had no - see, I can't even -sometimes I can't remember what happened last year. And like the play that is there in two drafts on my table at this moment, it's about now.

MONTAGNE: That actually (unintelligible) that while you were here studying...

MONTAGNE: ...Athol Fugard, you were really coming into your own, at least internationally; but, for you, what were the '80s?

Mr. FUGARD: I suppose, really, my story differs from Lisa's in the sense that, for me, I was caught up not so much in terms of my own personal dilemmas, so much as in the huge drama of South Africa itself that was unfolding, and which we were living through.

MONTAGNE: On the other hand, what you were doing, in and of itself, had to be highly political, because you were writing plays that the government didn't like.

Mr. FUGARD: They say yet another line of sharpshooters had had their sights on me about the whole issue of can a white man write and explore a black person's story? And, you know, all through the years, my one response to that has been that it's no more presumptuous of me to write about black than it is to write about a woman.

For heaven's sake, surely the difference between me as a male chauvinist and a woman, is possibly, potentially, even a greater gulf than between me and black man. The (unintelligible) view as an artist is the quality of your imagination - whether it allows you to leave the limits of your own experience.

Ms. FUGARD: It's very interesting that there were just two things that I thought about is one - the first chapter that I wrote in Skinner's Drift was Lefu's chapter, and Lefu is a 50-year-old black man. And I can remember sitting at my desk and a few pages in, thinking, ahh, can I do this, can I write from the point of view of this black man? And, you know, I kind of had a moment of doubt for, you know, maybe a day or two and then just, sort of, of course I can, and went back to work.

Mr. FUGARD: You see, what is interesting there is that, unlike Lisa, how she paused and held the pen - because she writes by hand like I do - held a pen above the pad and said, dare I? I never even thought of asking that question.

MONTAGNE: Did writing the novel - this novel, Skinner's Drift - has that freed you from that part that was holding you back that your father owns?

MONTAGNE: Lisa Fugard and her father, Athol Fugard. Their work is set in their homeland of South Africa. Her debut novel is Skinner's Drift. His plays are many and much admired. 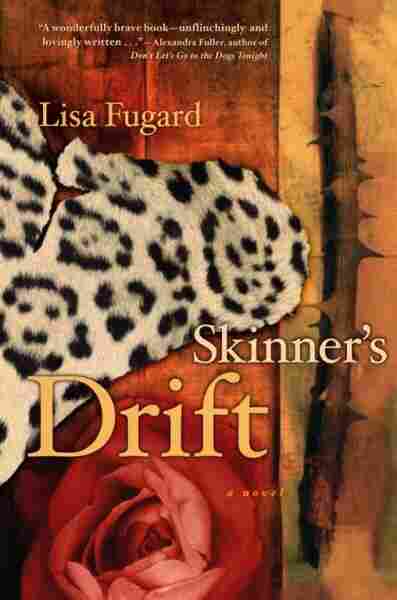 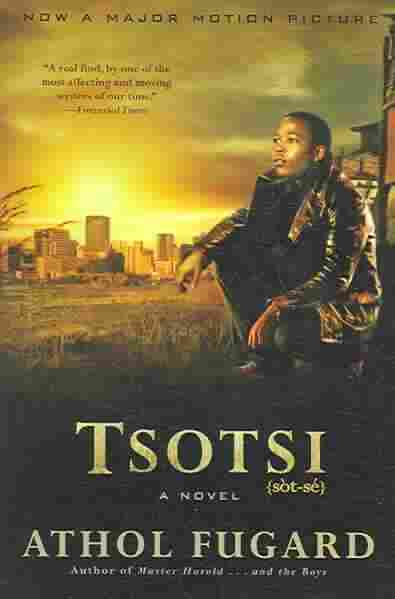 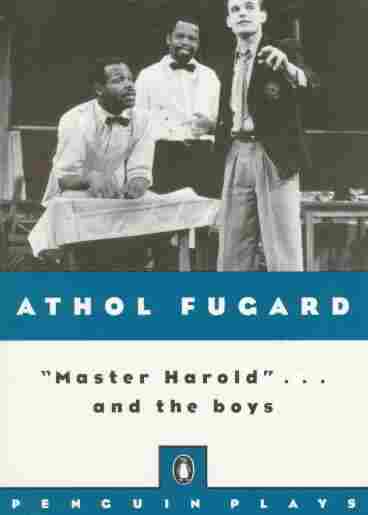