Accessibility links
Dig a Hole to China? Try a Sandwich Instead : Krulwich Wonders... Everyone has heard at one time or another about the old myth that if you dug a hole deep enough, you'd end up on the other side of the Earth, in China. As it turns out, the undertaking is much more complex than it might seem.

Listen
Dig a Hole to China? Try a Sandwich Instead

Let's suppose -- just for sake of argument -- that you had a drill capable of plowing below where you are standing right now and grinding its way straight through the middle of the planet to the other side. Where would you end up?

Well, for all of you reading this in North America (and specifically in the 48 contiguous states) with very, very (I can't overemphasize this, so make it very, very, very, very) few exceptions, you would come out in the middle of an ocean. The U.S mainland is antipodal to the sea that is west of Australia, down near Antarctica. So if your mother puts you in the backyard and says "Dig a hole to China," bring along a wetsuit. 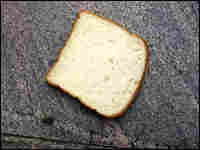 What if the Earth were a sandwich? Ze Frank poses a challenge to his Web site audience. This sandwich half, in Kowloon, Hong Kong, awaits its partner. zefrank.com hide caption 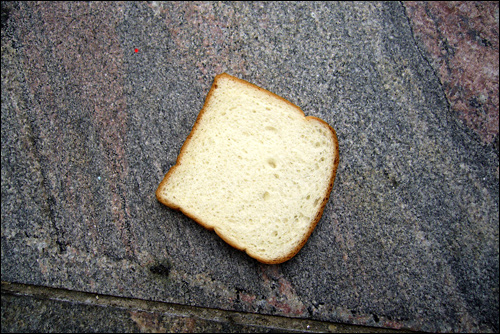 What if the Earth were a sandwich? Ze Frank poses a challenge to his Web site audience. This sandwich half, in Kowloon, Hong Kong, awaits its partner.

zefrank.com
Ze Frank: 'If the Earth Were a Sandwich'

Unless -- and this is the fun part -- you happen to be standing in three (by my count) lower 48 state locations that are opposite land. They are near a Colorado highway, a Junior College campus also in Colorado and part of a Montana town. In all three spots, you could drill straight through and come up in a place where you might bump into the occasional seal and, in one place if you arrive at the right time of year, a scientist or two.

But don't take my word for it. Wikipedia has a map of world antipodes that you can look at. I found that map -- and a "find the opposite tool" -- on a blog run by Ze Frank.

To make an Earth sandwich you must:

1. Put a piece of bread on the ground.

2. Have someone else put a piece of bread on the ground directly on the other side of the Earth from you.

3. Do this at the same exact time, so the Earth at that moment is "sandwiched" between two pieces of bread.

To inspire his audience, Ze composed a ballad, "If the Earth were a sandwich…"

It's hummable. Beautiful even.

So for the last few weeks, all over the world people have been rushing about, emailing, texting and trekking in an effort to arrange a simultaneous sandwich moment. This past week, apparently, it happened. Somebody in Spain put half a roll on the ground, and somebody in New Zealand put something breadlike opposite. Ta Dah!

(Except, instead of lying parallel as they would on a normal sandwich, the two pieces of bread may have been perpendicular to each other, making a kind of X-like structure. But... who's quibbling?)

It was Ze's challenge that got me thinking about antipodal Earth geography.

I found two towns in Illinois that were founded in the 1820s by settlers who thought they were on prairie directly opposite Chinese cities: Peking, Ill., and Canton, Ill. (Thank you, Ian Frazier, for writing an essay on this subject in The New Yorker.)

With my engineer, Manoli Wetherell, and help from my NPR colleague Robert Smith, we decided to see where you would have to go on this planet to be able to dig a whole straight through to China.

So if you happen one day to be in Concordia, Argentina, which is about 150 miles north of Buenos Aires near the Uruguayan border, a concerted effort at digging would have you emerging somewhere pretty close to downtown Shanghai. Don't everybody buy a ticket there at once.

If you want to serve sandwiches along that route, I'd suggest something like chow mein tapas, on a roll.