Accessibility links
Christopher Hitchens, Literary Agent Provocateur British writer Christopher Hitchens was once the literary lion of the left. But after Sept. 11, 2001, he surprised many with his robust support for the Bush administration's war on terrorism. It has cost Hitchens friends and allies, and left others wondering how it happened. 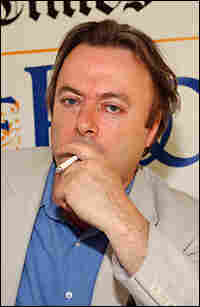 Once a literary lion of the left, Christopher Hitchens (shown here in 2004) surprised and dismayed many with his strong support of U.S. efforts to spread democracy in the Middle East. Amanda Edwards/Getty Images hide caption 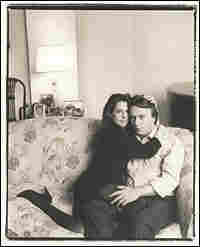 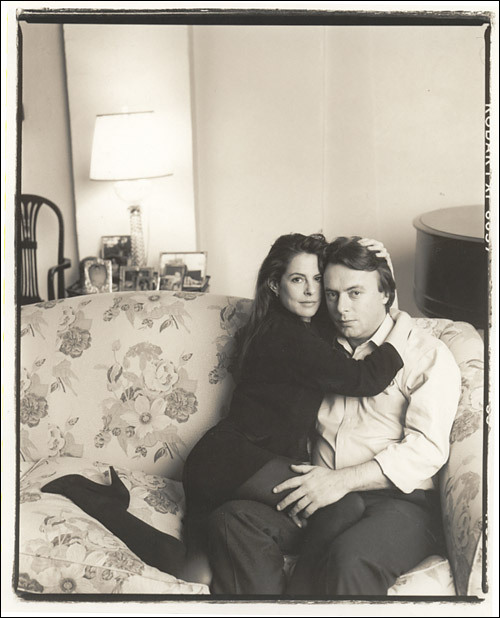 Hitchens and wife Carol Blue, photographed by Annie Leibowitz in 1990.

Perhaps it is to British writer and intellectual Christopher Hitchens' disadvantage that he lives in the information age.

His mug decorates — or desecrates, depending on your perspective — television screens regularly. His byline appears everywhere. His output is prodigious. And it's for these reasons that many of his intellectual lessers don't take him seriously.

But even with that mountain of copy, Hitchens rarely disappoints. His prose is rarely matched, his force of argument rarely impossible to ignore, his approach almost always surprising. And it's for all these reasons that Christopher Hitchens is one of the most compelling living critics. — Guy Raz

Scroll down to read the full essay.

Finding Out His Mother Was Jewish

In the aftermath of Sept. 11, 2001, many writers and intellectuals offered their prescriptions for how the United States should respond.

Prominent among those intellectuals is British writer Christopher Hitchens. His byline was synonymous with the left, and Hitchens was a longtime columnist for the left-wing magazine, The Nation.

But after the Sept. 11 terrorist attacks, Hitchens surprised many of his comrades on the left with his robust support for the Bush administration's war on terrorism. It is a journey that has cost Hitchens friends and allies, and left others wondering how it all happened.

Hitchens is known for his love of cigarettes and alcohol -- and his prodigious literary output. Among his many books and pamphlets, he's written on George Orwell, Marcel Proust, Thomas Jefferson and others.

But he's best known for focusing his unforgiving pen on the likes of Henry Kissinger ("war criminal, liar without conscience, pseudo-scholar, pseudo-academic, pitiless sponsor of dictators abroad"); Mother Teresa ("friend of poverty, enemy of the poor, fundamentalist fanatic"); and Bill Clinton ("a man who was in politics for therapy who wasted eight years of America's time").

Despite the abundance of his copy, his prose usually sparkles, infuriates -- or both. And though he objects to the label, he's often called a contrarian.

For most of his adult life, Hitchens was the designated hitter of the far-left. In 1991, he warned against launching the first Gulf War. No more.

"We now know we're at war today and so do they and they will pay and pay and pay for it," Hitchens says of proponents of what he calls nihilistic Islamism. "They will rue the day when they decided to challenge civilization and democracy and attempt to replace it with theocracy and barbarism."

The pantheon of the living and dead left-intellectuals -- Noam Chomsky, Gore Vidal, Edward Said and others -- found itself in strident disagreement with a former ally.

"It came to a point where it wasn't a difference of emphasis but a real difference of principle," Hitchens says. "I thought the United States should be defended from nihilistic Islamism and they thought it should be criticized for it, and it had brought it on itself. And that's a difference you cannot split."

On Contrariness and Christopher Hitchens 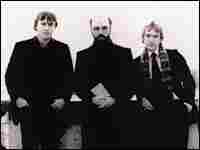 From left, Christopher Hitchens, poet James Fenton and novelist Martin Amis in Paris in the 1970s. The men have been friends since their university days. Though Amis and Hitchens have had disagreements, the two remain close friends and speak regularly. Courtesy Christopher Hitchens hide caption 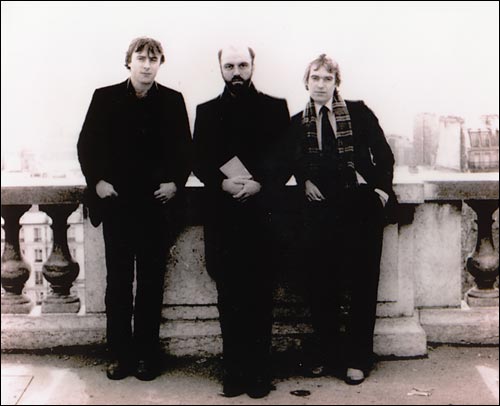 From left, Christopher Hitchens, poet James Fenton and novelist Martin Amis in Paris in the 1970s. The men have been friends since their university days. Though Amis and Hitchens have had disagreements, the two remain close friends and speak regularly.

Perhaps it is to British writer and intellectual Christopher Hitchens' disadvantage that he lives in the information age.

His mug decorates — or desecrates, depending on your perspective — television screens regularly. His byline appears everywhere. His output is prodigious. And it's for these reasons that many of his intellectual lessers don't take him seriously.

But even with that mountain of copy, Hitchens rarely disappoints. His prose is rarely matched, his force of argument rarely impossible to ignore, his approach almost always surprising. And it's for all these reasons that Christopher Hitchens is one of the most compelling living critics.

I do not often agree with him. I often find his perspective different than the one I have seen abroad as a foreign correspondent. But I have never found him unreasonable or unfair. And I have never read anything by him that doesn't force me to think about it afterward.

Consider a recent article he wrote on the investigation into the alleged massacre of Iraqi civilians by U.S. Marines in Haditha. Hitchens spends most of the article tearing apart the comparisons drawn between Haditha and the My Lai massacre in Vietnam.

And then, just when you think he might say something predictable, something trite, he surprises you:

Any coalition soldier who relieves his rage by discharging a clip is by definition doing Zarqawi's work for him, and even in a way obeying his orders.

After Hitchens sat through Michael Moore's film Fahrenheit 9-11, he wrote:

And then, as if from the pen of a different writer, you might come across an essay on George Orwell or Marcel Proust, or this analysis of a favorite passage written by Jorge Luis Borges:

So often one comes across a passage as perfectly cut and honed as that one, uttered with a certain diffidence and yet — as is frequent with perfectionists — the product of much silent labor, reflection, and, I might add, stoicism.

Though formally a literary critic, Hitchens has emerged in recent years as one of the most powerful voices in support of America's drive to democratize the Middle East. It's not an easy position to take in the circles within which he used to travel.

Men who either influenced or inspired Hitchens do not approve: Gore Vidal, Noam Chomsky, left-wing writer Alexander Cockburn and, before his death in 2003, the Palestinian-American academic Edward Said, among others.

It was a break that happened in a very public way — and from a man who denounced Reagan-era intervention in Central America, who was a flag-waving member of the International Socialist Movement and who in 1991 was a rapid-fire and vocal critic of the Gulf War. In short, from the designated heavy-hitter of the left.

But sometime in the early 1990s, Hitchens began to question his own identification with the left. The cracks began to emerge over Bosnia. Hitchens had started to travel to Sarajevo where he witnessed the relentless siege of the city.

At the time, he began to agitate for Western intervention. To his surprise, he says, many of his comrades on the left opposed military involvement.

Also during this time, Hitchens began to notice that many of those who shared his views were intellectuals and academics who would become famous less than a decade later: the so-called neo-conservatives. Hitchens began to cultivate friendships with some of the most prominent figures in the movement, most notably, Paul Wolfowitz and Ahmed Chalabi.

But despite these well-known and controversial friends, Hitchens never really shifted from the left to the right. He simply abandoned the left. The rift was made clear in his writings after the terrorist attacks of Sept. 11, 2001, in his vigorous support for the Bush administration's war on terrorism.

Hitchens would say he's remained consistent. It's the left, he would argue, that's abandoned principle.

It's probably not that simple. A casual reading of Hitchens' early work reveals a writer who might today be described as a humanitarian interventionist. Even then, he was very much on the left. And on both flanks of the left and the right, there have always been pacifists and isolationists. Hitchens was never either.

And so it's not surprising that Hitchens has been compared to George Orwell. Orwell, it should be said, is Hitchens' literary hero — the reason, he says, he chose to become a writer.

Cynics will easily dismiss the comparison. Orwell's gravestone in the pantheon of 20th century writers stands tall. He was — until his end — a man without means. He wrote two enduring novels. And among 20th-century novels, 1984 had, perhaps, the most important political impact.

But Orwell, though a man of the left, was also despised by large segments of the left. He fought on the Republican side in the Spanish Civil War and then wrote what can best be described as an expose on the corrupting influence of the communists in the anti-fascist struggle. Animal Farm and 1984 were undisguised attacks on Stalinism. Many European intellectuals regarded Churchill as an imperialist, par excellence. Orwell defended him. And history judged him well.

Perhaps, long after Christopher Hitchens has gone, those with the luxury of reflection will judge him charitably. I have a feeling they will. 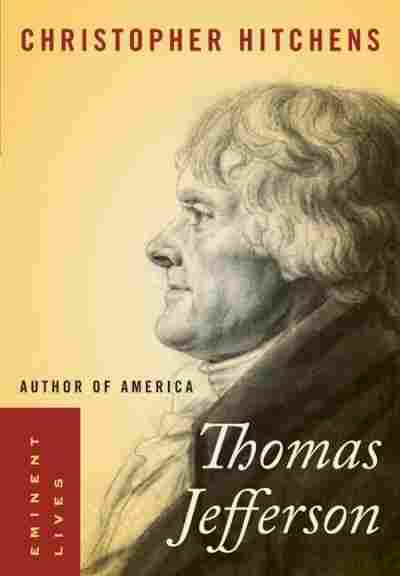 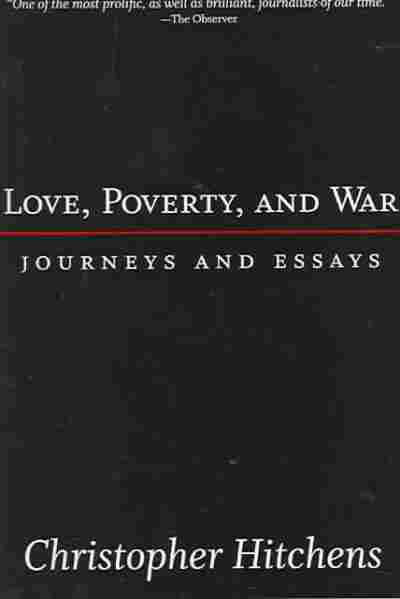 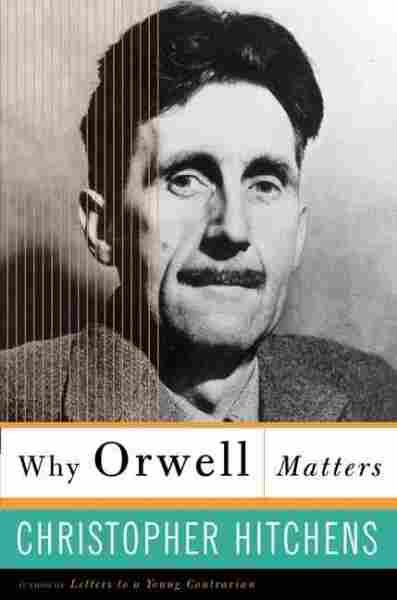