Japanese rapper Tigarah infuses her music with a distinctly Brazilian brand of funk. The artist is gaining a global following for her fresh new take on the baile funk genre -- a street music with roots in Brazil, which she spices up with rap lyrics in her native tongue. 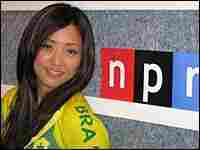