Accessibility links
Minneapolis' Guthrie Theater Gets New Home The Guthrie Theater in Minneapolis is one of the best known regional theaters in the country. It has been home to such legendary actors as Hume Cronyn and Jessica Tandy and has won a Tony Award. Now, after 40 years, the theater company is moving to a new high profile home on the other side of town. 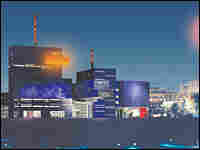 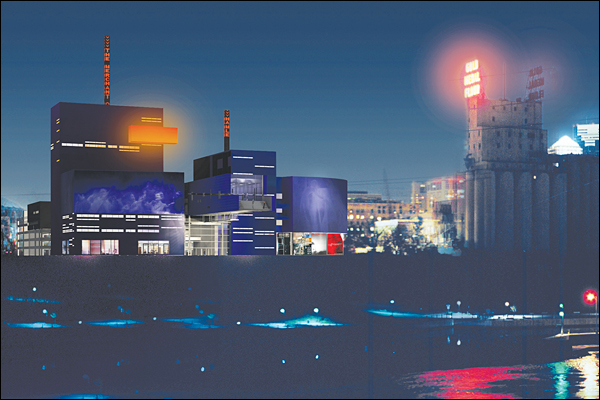 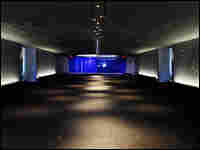 A view of the fourth-floor lobby. Guthrie Theater hide caption 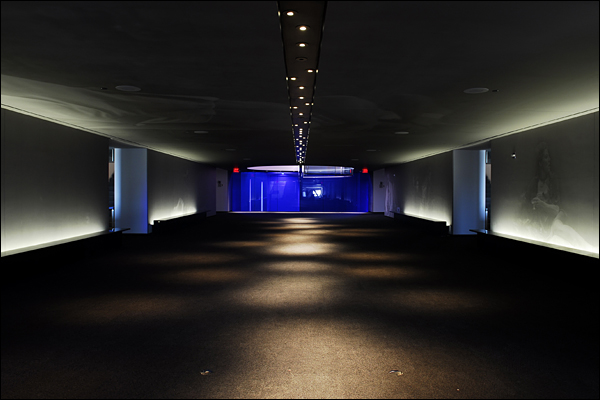 A view of the fourth-floor lobby.

The Guthrie Theater in Minneapolis is one of the best-known regional theaters in the country. It can lay claim to Hume Cronyn, Jessica Tandy and other top actors, and it won a Tony Award. Now, after 40 years, the theater company is moving to a new, high-profile home on the other side of town. 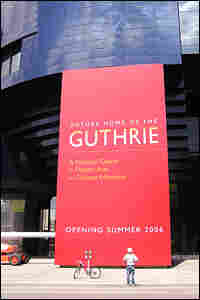 Guthrie Artistic Director Joe Dowling is tired of hearing lamentations over the loss of the old Guthrie. He says it was beautifully designed, but not built to last. Marianne Combs/Minnesota Public Radio hide caption

French architect Jean Nouvel, in his first U.S. project, has designed a nine-story complex for the Guthrie Theater Company. The new theater complex echoes neighboring historic flour mills that have since been converted into condominiums and a museum. The exterior of the building is a bold midnight blue. By day it might be mistaken for Ikea, but by night, the blue recedes into the darkness while ghostly images of past performances light up and appear to float in mid-air.

Visitors to the new Guthrie can dine in one of its two restaurants, and walk out on to a cantilever bridge that juts out over the river, affording expansive views of the locks and dams, and St. Anthony Falls.

As the new building opens, the Guthrie's original home is about to be torn down, making way for a sculpture garden.

Ralph Rapson, now 91 and still hard at work at his Minneapolis architecture firm, designed the original Guthrie Theater in the 1960s as a white space, light and open.

The new Guthrie theater does attempt to pay homage to Ralph Rapson's work. The legendary thrust stage for which the old Guthrie theater is best known has been meticulously recreated, only deviating to allow for wider seats and slightly better sightlines.

Rapson says when he heard that the Guthrie had bought a piece of land on the Mississippi riverfront a few years back, he sat down and designed a new theater for it.

He never submitted the design.