Accessibility links
Disrupting My Comfort Zone With movies like A Beautiful Mind and Apollo 13 to his credit, Oscar-winning producer Brian Grazer could rest on his laurels. But that's not for him. Grazer believes in disrupting his comfort zone. 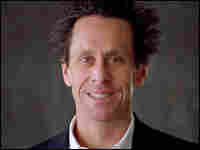 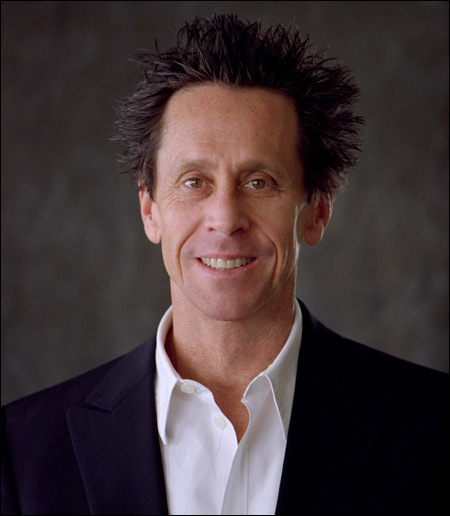 I was 45 years old when I decided to learn how to surf.

Picture this scene: The north shore of Oahu -- the toughest, most competitive surfing spot on the planet. Fourteen-foot swells. Twenty tattooed locals. And me, 5-foot-8-inches of abject terror. What will get me first, I wondered, the next big wave or the guy to my right with the tattoo on his chest that reads "RIP"?

They say that life is tough enough. But I guess I like to make things difficult on myself, because I do that all the time. Every day and on purpose. That's because I believe in disrupting my comfort zone.

When I first started out in the entertainment business, I made a list of people I thought it would be good to meet. Not people who could give me a job or a deal, but people who could shake me up, teach me something, challenge my ideas about myself and the world. So I started calling up experts in all kinds of fields: trial lawyers, neurosurgeons, CIA agents, embryologists, firewalkers, police chiefs, hypnotists, forensic anthropologists and even presidents.

Some of them -- like Carlos Castaneda, Jonas Salk and Fidel Castro -- were world-famous. Of course, I didn't know any of these people and none of them knew me. So when I called these people up to ask for a meeting, the response wasn't always friendly. And even when they agreed to give me some of their time, the results weren't always what one might describe as pleasant.

Take, for example, Edward Teller, the father of the hydrogen bomb. You've heard of him? However, he'd never heard of me. It took me a year of begging, cajoling and more begging to get to him to agree to meet with me. And then what happened? He ridiculed me and insulted me. But that was okay. I was hoping to learn something from him -- and I did, even if it was only that I'm not that interesting to a physicist with no taste for our pop culture.

Over the last 30 years, I've produced more than 50 movies and 20 television series. I'm successful and, in my business, pretty well known. I'm a guy who could retire to the golf course tomorrow where the worst that could happen is that my Bloody Mary is watered-down.

So why do I continue to subject myself to this sort of thing? The answer is simple: Disrupting my comfort zone, bombarding myself with challenging people and situations -- this is the best way I know to keep growing. And to paraphrase a biologist I once met, if you're not growing, you're dying.

So maybe I'm not the best surfer on the north shore, but that's okay. The discomfort, the uncertainty, the physical and mental challenge that I get from this -- all the things that too many of us spend our time and energy trying to avoid -- they are precisely the things that keep me in the game.