Accessibility links
Marq de Villiers, Carried Away by the Wind Marq de Villiers has written a chronicle of his favorite force of nature — its origins, its mythology and its temperamental side, too. Windswept: The Story of Wind and Weather is a personal exploration and a scientific guide. De Villiers tells Debbie Elliott about his book.

Listen
Marq de Villiers, Carried Away by the Wind 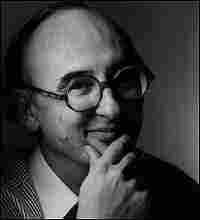 The wind has held the full interest of writer Marq de Villiers since a boyhood in gusty South Africa.

Now he has written a chronicle of his favorite force of nature -- its origins, its mythology and its temperamental side, too.

Windswept: The Story of Wind and Weather is a personal exploration of the phenomenon as well as a scientific handbook.

De Villiers and Debbie Elliott shoot the breeze about the book and the weather.

Excerpt: 'Windswept: The Story of Wind and Weather' 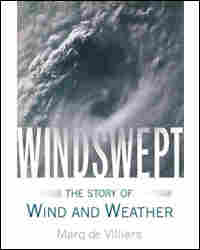 In "Windswept: The Story of Wind and Weather," author Marq de Villiers explores the power and purpose of wind. hide caption

I was once pursued by a windstorm across the arid Great Karoo of South Africa. I'd been spending a few days with a friend at his aunt's house in the little town of De Aar -- I mostly recall being stuffed by that hospitable woman with all the traditional delicacies of the Afrikaner heartland, grilled baby lamb, roast springbok, pannekoek and moskonfyt, babootie, and the rest -- and we had headed back to Cape Town on Willie's knockabout motorcycle. The first we knew about the storm, the first inkling that something was amiss, was when our own dust overtook us; a following wind had gotten up, and it was strengthening fast. I looked over my shoulder and the horizon was already a luridly dirty purple lit up with sheets and jagged spears of lightning. For a moment I thought I saw yellow-tinged funnel shape reaching toward the ground, and if it were true, that would mean really bad news. "Get on with it, Willie!" I said, and he opened the throttle and we made a run for it.

The machine juddered over the ruts. I could feel the storm behind me, chasing … This was stupid, I knew even then. It was just a storm, the basso rumbling that followed us just thunder, the flashing just lightning, the hail just ice, the wind just wind, and the massive clouds of debris -- thorn bushes, small birds, dust and grit, tumbleweeds -- was aimed at nothing at all. I knew that. I was no longer a child, to be battered by every passing gale. But phobias seldom pay court to rationality, and trump volition every time.

Why was the damn thing following me?

For three hours the storm nipped at our heels. The bike wasn't very good and the gravel road was very bad; we were making no better than 40 miles an hour, and the storm was keeping pace, traveling at furious speed across the veld. Even Willie, a structural engineer by training and temperament, felt its malice, or so I fancied. Finally, after hours of bone-jarring flight, the arrow-straight road veered left, and when we could see were were no longer in the direct path, we stopped the bike and watched the monster pass. 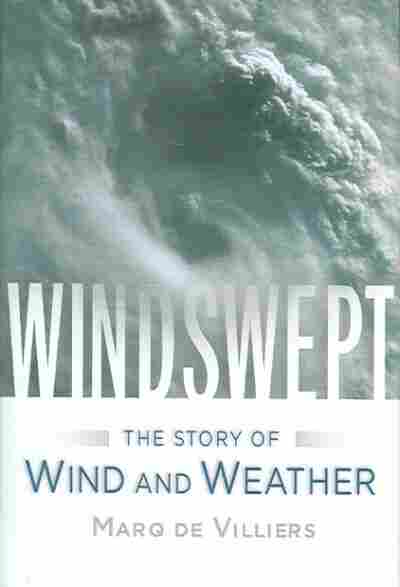 The Story of Wind And Weather