Accessibility links
Stories in Song: Regina Spektor's 'Begin to Hope' Singer, songwriter and pianist Regina Spektor's new CD is Begin to Hope. The Russian emigre, who came to the United States when she was 9, says her songs aren't about herself and likens writing songs to writing fiction.

'Summer in the City'

On her new release, Begin to Hope, singer, songwriter and pianist Regina Spektor sings in her native Russian for the first time. 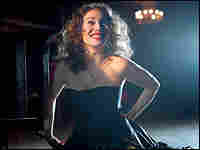 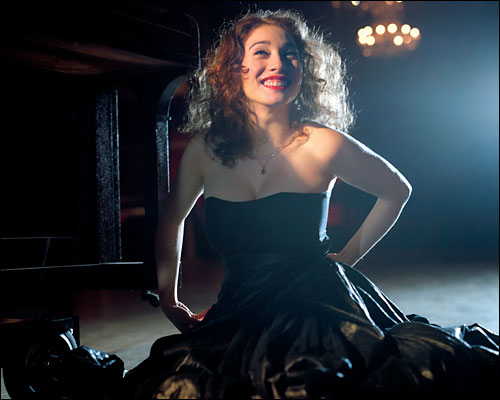 Russian emigre Regina Spektor has been playing the piano since age 6.

"It feels very good to sing in Russian," the 26-year-old says. "It feels so good inside my body."

A Russian Jew, Spektor and her family fled the anti-Semitism of the Soviet Union and emigrated to the Bronx when she was 9 years old.

Spektor recalls how difficult it was to leave behind the family piano, which she began playing when she was 6.

Songwriting was difficult for her, she says, after studying classical music from the great composers. And as a result, she often incorporated hiccups and other odd sounds into her work. The hiccup sounds, she says, were like discovering she had a tambourine in her throat.

She also talks about how, unlike many songwriters, her songs aren't personal.

"I think songwriters are more related to fiction writers," she says. "The Odyssey was a story in song. To me, that's so beautiful, all those painted characters, all those travels and adventures."

And of songwriters who sing in their own voice, Spektor says, "It's almost like putting a ball and chain around your foot and being sentenced to being yourself. Who the hell wants to be themselves all the time? It's so boring."