Listen
An Author Asks That You 'Consider the Lobster' 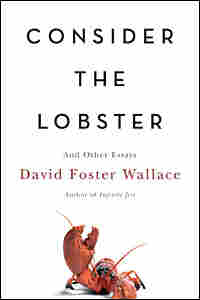 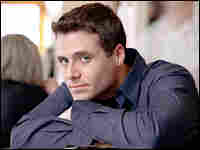 David Lipsky's Absolutely American: Four Years at West Point was named one of Time magazine's best books of 2003 and a national bestseller, with film and TV rights sold to Walt Disney/Touchstone. His novel The Art Fair demonstrated how the New York art world could be every bit as rough as Army boot camp. He has written for The New York Times, The New Yorker, Harper's, been anthologized in The Best American Short Stories, and is a contributing editor at Rolling Stone. His favorite animal? The dog. Why? Because he likes to keep in touch with city parks and the can opener.

Call them buttonhole books, the ones you urge passionately on friends, colleagues and passersby. All readers have them -- and so do writers. This week, All Things Considered is talking with authors about their favorite buttonhole books. And the series continues all summer long on NPR.org.

If I had to give an alien one book about American life, it'd be A Supposedly Fun Thing I'll Never Do Again. Or it would've been, eight years ago. Now I'd hand over Consider the Lobster. They're both by David Foster Wallace.

When Wallace broke in 1996, with his four-course novel Infinite Jest, his readings felt like rock concerts. Women batted their eyelashes, men in the back rows huffed, scowled, envied. Since then, he's collected O. Henry and National Magazine Awards for stories and journalism. He's run in The Best American Essays, even The Best American Sports Writing. He's received a Macarthur "Genius Grant," which you get for being a genius. Just on the stats, you'd have to say we've reached the all-star break of a hall-of-fame career.

Wallace hasn't done another novel. But the essays in Fun and Lobster -- what the author calls "experiential postcards" -- cover food, sports, politics, language. They're a great novel about American life, told in segments. Good writing graffitis its perceptions over the world, and it's impossible to get through a day without a Wallace line. There's his work on the despair-inducing "Professional Smile," which lurks in a hundred cell phone stores and waiting rooms. His on-set description of movie director David Lynch has wrecked most of my romantic relationships. Lynch watches "with a warm and full-hearted interest, sort of the way you look when you're watching somebody you love doing something you also love."

The new book's sharpest pieces are about Sen. John McCain, a pornography awards dinner, and the Sept. 11 attacks, which the author watches with some nice Illinois neighbors. "Part of the horror was knowing, deep in my heart, that whatever America the men in those planes hated so much was far more my America than it was those ladies'." The title piece in Fun -- about a seven-day Caribbean cruise -- is simply the best thing I've read in the past 10 years.

When I leave an art museum, the world becomes a series of beautiful, frozen images. Stepping from a movie, my life is full of zip. After reading Wallace, I feel buzzed-up, smarter -- I'm better company. Books should be like super-coffee, a wake-up slug to the brain. And David Foster Wallace is a controlled substance.

NPR.org editor's note: This excerpt has been edited to exclude content that may be considered inappropriate for some readers.

THE AMERICAN ACADEMY of Emergency Medicine confirms it: Each year, between one and two dozen adult US males are admitted to ERs after having castrated themselves. With kitchen tools, usually, sometimes wire cutters. In answer to the obvious question, surviving patients most often report that their sexual urges had become a source of intolerable conflict and anxiety. The desire for perfect release and the real-world impossibility of perfect, whenever-you-want-it release had together produced a tension they could no longer stand.

It is to the 30+ testosteronically afflicted males whose cases have been documented in the past two years that your correspondents wish to dedicate this article. And to those tormented souls considering autocastration in 1998, we wish to say: "Stop! Stay your hand! Hold off with those kitchen utensils and/or wire cutters!" Because we believe we may have found an alternative.

Every spring, the Academy of Motion Picture Arts and Sciences presents awards for outstanding achievement in all aspects of mainstream cinema. These are the Academy Awards. Mainstream cinema is a major industry in the United States, and so are the Academy Awards. The AAs' notorious commercialism and hypocrisy disgust many of the millions and millions and millions of viewers who tune in during prime time to watch the presentations. It is not a coincidence that the Oscars ceremony is held during TV's Sweeps Week. We pretty much all tune in, despite the grotesquerie of watching an industry congratulate itself on its pretense that it's still an art form, of hearing people in $5,000 gowns invoke lush clichés of surprise and humility scripted by publicists, etc.—the whole cynical postmodern deal—but we all still seem to watch. To care. Even though the hypocrisy hurts, even though opening grosses and marketing strategies are now bigger news than the movies themselves, even though Cannes and Sundance have become nothing more than enterprise zones. But the truth is that there's no more real joy about it all anymore. Worse, there seems to be this enormous unspoken conspiracy where we all pretend that there's still joy. That we think it's funny when Bob Dole does a Visa ad and Gorbachev shills for Pizza Hut. That the whole mainstream celebrity culture is rushing to cash in and all the while congratulating itself on pretending not to cash in. Underneath it all, though, we know the whole thing sucks.

Your correspondents humbly offer an alternative.

Though the sub-line vagaries of entertainment accounting are legendary, it is universally acknowledged that the US adult-film industry, at $3.5-4 billion in annual sales, rentals, cable charges, and video-masturbation-booth revenues, is an even larger and more efficient moneymaking machine than legitimate mainstream American cinema (the latter's annual gross commonly estimated at $2-2.5 billion). The US adult industry is centered in LA's San Fernando Valley, just over the mountains from Hollywood.1 Some insiders like to refer to the adult industry as Hollywood's Evil Twin, others as the mainstream's Big Red Son.

It is no accident that Adult Video News -- a slick, expensive periodical whose articles are really more like infomercials -- and its yearly Awards both came into being in 1982. The early '80s, after all, saw the genesis of VCRs and home-video rentals, which have done for the adult industry pretty much what TV did for pro football.

* Awards will be presented in a record 106 categories over a two night period.

* The adult industry released nearly 8,000 adult releases [sic] in 1997, including over 4,000 "new" releases (non-compilation). AVN reviewed every new release in every categroy [sic] this past year, logging over 30,000 sex scenes.

* By comparison, last year there were approximately 375 films eligible for the Academy Awards that these voters [sic—meaning different voters from the AVN voters, presumably] were required to see. AVN had to watch more than 10 times the amount of releases in order to develop these nominations [usage and repetition sic, though 4,000 divided by 375 is indeed over 10].

But of course we should keep in mind that vulgar has many dictionary definitions and that only a couple of these have to do w/ lewdness or bad taste. At root, vulgar just means popular on a mass scale. It is the semantic opposite of pretentious or snobby. It is humility with a comb-over. It is Nielsen ratings and Barnum's axiom and the real bottom line. It is big, big business.

Copyright © 2006 by David Foster Wallace. Reprinted with permission from the publisher. 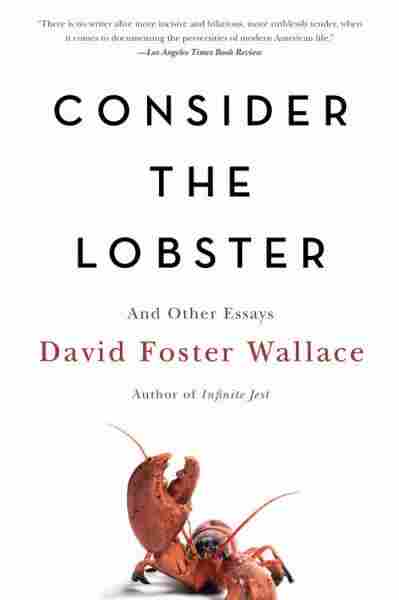 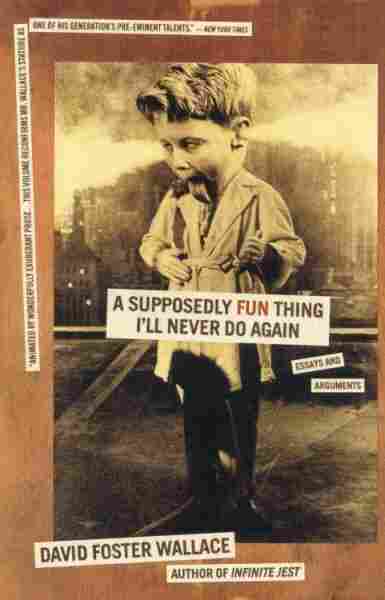