Accessibility links
Schama's Revolutionary Tale: 'Rough Crossings' Many Africans, enslaved in the colonies, were offered freedom by the British to fight their American masters. What became of the thousands who accepted? Historian Simon Schama tells the story in Rough Crossings: Britain, the Slaves, and the American Revolution. 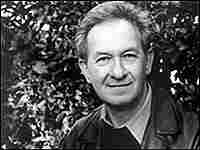 Simon Schama may be best known for writing and hosting the 15-part BBC documentary series 'A History of Britain.' Columbia University hide caption

One of the myths history books tell is that Africans were incidental to the Revolutionary War. But many, enslaved in the colonies, were offered freedom by the British to fight their American masters. Thousands accepted.

What became of these freed men and women? Historian Simon Schama seeks to answer that question with his new book, Rough Crossings: Britain, the Slaves, and the American Revolution.

He tells Farai Chideya about the characters he encountered, including one former slave who took the name British Freedom. 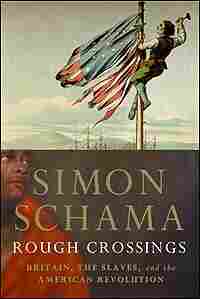 By the thousands, Africans enslaved by American colonists chose to fight for Britain in the Revolutionary War. hide caption

Ten years after the surrender of George III's army to General Washington at Yorktown, British Freedom was hanging on in North America. Along with a few hundred other souls -- Scipio Yearman, Phoebe Barrett, Jeremiah Piggie and Smart Feller among them -- he was scratching a living from the stingy soil around Preston, a few miles northeast of Halifax, Nova Scotia.

Like most of the Preston people, British Freedom was black and had come from a warmer place. Now he was a hardscrabbler stuck in a wind-whipped corner of the world between the blue spruce forest and the sea. But he was luckier than most. British Freedom had title to forty acres, and another one and a half of what the lawyers' clerks in Halifax were pleased to call a "town lot."

It didn't look like much of a town, though, just a dirt clearing with rough cabins at the centre and a few chickens strutting around and maybe a mud-caked hog or two. Some of the people who had managed to get a team of oxen to clear the land of bald grey rocks grew patches of beans and corn and cabbages, which they carted to market in Halifax along with building lumber. But even those who prospered -- by Preston standards -- took themselves off every so often into the wilderness to shoot some birch partridge, or tried their luck on the saltwater ponds south of the village.

What were they doing there? Not just surviving. British Freedom and the rest of the villagers were clinging to more than a scrap of Nova Scotia; they were clinging to a promise. Some of them even had that promise printed and signed by officers of the British army on behalf of the king himself, that the bearer so-and-so was at liberty to go wherever he or she pleased and take up whatever occupation he or she chose. That meant something for people who had been slaves. And the king's word was surely a bond. In return for their loyal service in the late American war, the Black Pioneers and the rest of them were to be granted two gifts of unimaginably precious worth: their freedom and their acres. It was, they told themselves, no more than their due. They had done perilous, dirty, exhausting work. They had been spies amidst the Americans; guides through the Georgia swamps; pilots taking ships over treacherous sandbars; sappers on the ramparts of Charleston as French cannonballs took off the limbs of the men beside them. They had dug trenches; buried bodies blistered with the pox; powdered the officers' wigs; and, marching smartly, drummed the regiments in and out of disaster. The women had cooked and laundered and nursed the sick; dabbed at the holes on soldiers' bodies; and tried to keep their children from harm. Some of them had fought. There had been black dragoons in South Carolina; waterborne gangs of black partisans for the king on the Hudson River; bands of black guerrillas who would descend on Patriot farms in New Jersey and take whatever they could, even (if the Lord was smiling on their venture) white American prisoners.

So they were owed. They had been given their liberty, and some of them even got land. But the soil was thin and strewn with boulders, and the blacks had no way, most of them, to clear and work it unless they hired themselves or their families out to the white loyalists. That meant more cooking and laundering; more waiting on table and shaving pink chins; more hammering rocks for roads and bridges. And still they were in debt, so grievously that some complained their liberty was no true liberty at all but just another kind of slavery in all but name.

But names counted. British Freedom's name said something important: that he was no longer negotiable property. For all its bleak hardships, Preston was not a Georgia plantation. Other Prestonians -- Decimus Murphy, Caesar Smith -- had evidently kept their slave names as they had made the passage to liberty. But British Freedom must have been born, or bought, as someone else. He may have shaken off that name, like his leg irons, on one of the eighty-one sailings out of New York in 1783, which had taken thirty thousand loyalists, black and white, to Nova Scotia, for no one called British Freedom is listed in the "Book of Negroes," which recorded those who, as free men and women, were at liberty to go where they wished. There were certainly others who changed their names to reflect their new status: James Lagree, for instance, the former property of Thomas Lagree of Charleston, became, in Nova Scotia, Liberty Lagree. It is also possible that British Freedom could have found his way to Nova Scotia in one of the earlier loyalist evacuations -- from Boston in 1776 or from Charleston in 1782. In the frightening months between the end of the war and the departure of the British fleets, as American planters were attempting to locate the whereabouts of escaped slaves, many of them changed their names to avoid identification. British Freedom may just have gone one step further in giving himself an alias that was also a patriotic boast. Whichever route he had taken, and whatever the trials he was presently enduring, British Freedom's choice of name proclaims something startling: a belief that it was the British monarchy rather than the new American republic that was more likely to deliver Africans from slavery. Although Thomas Jefferson, in the Declaration of Independence, had blamed "the Christian King" George III for the institution of slavery in America, blacks like British Freedom did not see the king that way at all. On the contrary, he was their enemy's enemy and thus their friend, emancipator and guardian.

Excerpted from Rough Crossings by Simon Schama. All rights reserved. 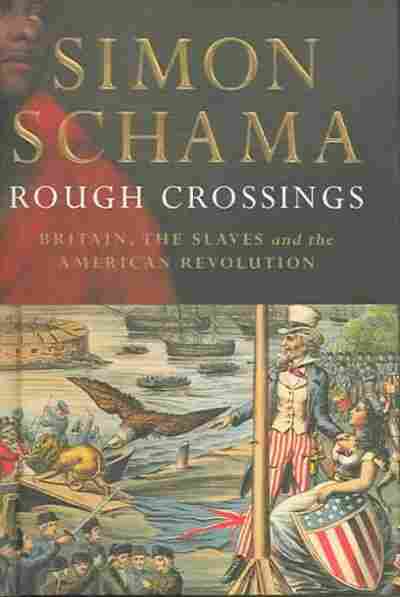