Accessibility links
The Best Living Songwriters The latest issue of Paste magazine (possibly the finest music periodical around) offers a list of the 100 best living songwriters. I'm not sure why it should matter, but I always love a good "best of" list. I'll tear through the names and numbers, rolling my eyes with mouth agape at various placements. Paste's list has Patti Griffin 20 places higher than Ray Davies and the Kinks. Kris Kristofferson is twice as high as Outkast, Pink Floyd and Fleetwood Mac. You gotta be kidding. I mean, I've got nothing against Patti Griffin or Kris Kristofferson. And I don't even really like Fleetwood Mac at all. But I can name a dozen Fleetwood Mac songs off the top of my head, and I'm hard pressed to come up with many Kris Kristofferson or Patti Griffin songs... 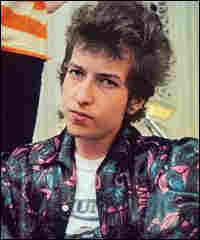 There might be someone more worthy of first place than Bob Dylan, but I sure can't think of one. hide caption 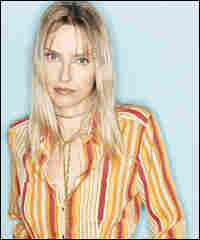 Aimee Mann may never make it into any hall of fame, but she has a gift for piercing the heart of something and wrapping it all up in inspired melodies. aimeemann.com hide caption 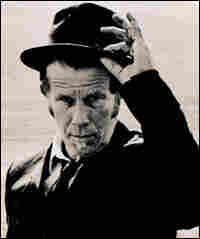 We suspended Mixed Signals yesterday, in honor of July 4th, so we missed our weekly Tuesday music notes. Robin Hilton, the producer of All Songs Considered, makes up for it today with a list of top songwriters. I agree with him about Aimee Mann. She deserves more credit...

The latest issue of Paste magazine (possibly the finest music periodical around) offers a list of the 100 best living songwriters.

I can't completely disagree with Paste's top ten songwriters. They've put Bob Dylan at number one, followed by Neil Young, Bruce Springsteen, Tom Waits (with Kathleen Brennan), Paul McCartney, Leonard Cohen, Brian Wilson, Elvis Costello, Joni Mitchell and Prince. But I am mystified by a few of the choices. Joni Mitchell feels like a token pick, and Prince, while a very talented artist, is certainly not one of the ten best living songwriters in the world.

The best songwriters for me are the ones who can write and sing about something -- and really expose the heart of it -- without being obvious. This allows for a lot of discovery, particularly over multiple listens. When Tom Waits sings "the well is full of pennies," that has a lot more staying power than "they've made a lot of wishes," or "it was a life filled with many hopes," which I'm assuming is what he meant. This is a quality that the songwriters in my top ten all share:

1. Bob Dylan: I don't know. There MIGHT be someone more worthy of first place, but I sure can't think of one. It's impossible to pick any one song as Dylan's best, but I've always loved "Shelter From the Storm" (audio)from Blood on the Tracks.

2. Tom Waits: Tom Waits has scarcely written (or at least released) a bad song in a career spanning more than 30 years. With 22 albums and more planned, he hasn't slowed down. Lately "The Fall of Troy" (audio) has been jangling around in my head. He cowrote the tune with his wife and long-time collaborator Kathleen Brennan. A great, beautifully poetic story song.

3. Paul McCartney Tom Waits better than Paul McCartney!? Over the long haul, I think so. Obviously McCartney is a brilliant songwriter, even if he's had a spotty solo career. "Junk" (audio) from his self-titled debut solo album has always been one of my favorites.

4. Bruce Springsteen: I came to know Springsteen during the '80s and couldn't figure out what the fuss was about. "Born in the USA"?? I've since come to "get" The Boss. He's another artist who continues to have something meaningful to say and sing about after 30 years of making music. The title track to his latest CD Devils and Dust (audio) is as fine as anything he's ever written.

5. Vic Chesnutt: Prolific, elegant, beautiful and dark. Few songwriters can match Chesnutt's gift for uncluttered, but deeply evocative poetry. It took me a while to see this. It happened on a cold, rainy night in Georgia when I heard "West of Rome" (audio).

6. Stephin Merritt: He's a bit of an oddball, and I don't always enjoy his voice. But man, he can write a song. I'd put him near the top of any list of the best lyricists making music today. He wrote 69 love songs, all of them gems, for the appropriately-titled collection 69 Love Songs. "I Don't Want to Get Over You" (audio) is probably my favorite.

7. Sufjan Stevens: He must write songs in his sleep at the rate of one every 10 to 15 minutes. I can't imagine where it all comes from, but he makes it seem pretty effortless. He's trying to write an album about each of the 50 states and might actually do it. And it's not a gimmick. His songs have real depth and grace to them. "John Wayne Gacy" from his CD Illinois (audio) is one of the most haunting songs I've ever heard.

8. Aimee Mann: A vastly underrated songwriter. She'll never make it into any hall of fame, but like the other writers on this list, she has a real gift for piercing the heart of something, revealing instead of telling and wrapping it all up in inspired melodies. I think "Wise Up" (audio) from the films Jerry McGuire and Magnolia is about as good as songwriting ever gets.

9. PJ Harvey: She came by NPR for an interview once and I got to hold the door for her. She didn't even look at me, which is too bad because I'm sure we could be BFF if she'd just give me a chance. Anyway, I really think if she were a man she'd get a lot more credit than she does. She plays guitar and rocks better than most. And her sound is so distinctive. Listen to the crunch of the opening guitar in "One Time Too Many" (audio).

10. David Dondero: This guy is barely a blip on maps to even the remotest of musical landscapes. But I keep pushing him and hoping he'll be recognized for the brilliant artist he is. Bright Eyes frontman Conor Oberst is often cited as one of the best songwriters making music today, and he's credited David Dondero for his whole sound. (Dondero's latest CD South of the South was released on Oberst's Team Love label). The title track to South of the South (audio) isn't his best song, but it's a great example of the strange narratives he weaves.

'All Songs Considered' on the 'Paste' 100 Greatest Living Songwriters