Accessibility links
Exiting Iraq: Zbigniew Brzezinski's View In the first of a series of interviews with strategists who suggest plans to end U.S. involvement in Iraq, Zbigniew Brzezinski -- national security advisor to President Carter -- details a four-point program for disengagement.

In the first of a series of interviews with strategists who suggest plans to end U.S. involvement in Iraq, Zbigniew Brzezinski — national security advisor to President Carter — details a four-point program for disengagement. 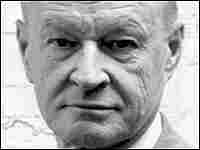 President Bush rejects what he calls an artificial timetable for withdrawing U.S. forces from Iraq. But last week he announced we've got a plan to succeed, a plan for victory, a plan that will enable a new ally in the war on terror to govern itself, sustain itself and defend itself.

Now, in the weeks ahead we'll have a series of conversations about how U.S. troops may begin to leave Iraq. More than three years after they defeated Saddam Hussein and have lost more than 2,530 lives in the occupation that's followed.

Our first conversation is with Zbigniew Brzezinski, who was national security advisor to President Jimmy Carter. He's now counselor and trustee at the Center for Strategic and International Studies in Washington, D.C., and he joins us from there.

Mr. Brzezinski, thanks so much for being with us.

ZBIGNIEW BRZEZINSKI: Good to be with you.

SIMON: Now, earlier this year you laid out a very specific plan and it had four parts as I recall.

BRZEZINSKI: That's correct. The plan is based on the premise that a foreign occupation de-legitimizes any Iraqi government that we're trying to support and to put in place.

So on the basis of that premise, I advocate the following four points. First, that we start serious discussions with the Iraqi authorities regarding determination of the occupation. Some will say, yes, you have to leave. Let's discuss seriously the time for departure. Once we have agreed on a time for departure, I personally would start the discussions by saying, how about a year from now? Once we agree on a settled date, we announce it as a joint decision.

Thirdly, the Iraqi government then would call for a conference of all of its Muslim neighbors, plus perhaps Pakistan, Algeria, Morocco, in order to discuss jointly how these Muslim countries might help Iraq consolidate itself. And all them in different ways, even Iran, have a stake in some degree of stability in Iraq.

And then fourthly, and last, the United States, upon announcement of its decision to depart, would attempt to convene a donors conference of countries in Europe and in Asia which have a stake in Iraq's economic recovery and particularly in Iraq's oil production on how they might help financially Iraq to recover economically.

I believe this program would leave behind an Iraq that may not be a perfect democracy. It will be a country dominated by the Shiites and the Kurds with some Sunnis. It would be more theocratic than we would wish. It would not meet the standards of victory as the President defines it, which I think is a fantasy, a secular stable democracy. But it would be an Iraq which will still be an accomplishment from our standpoint.

SIMON: Mr. Brzezinski, how do you meet the concern that obviously a number of people have raised that if you - if you say, for example, the United States - U.S. troops are out of Iraq by, I'll just fill in an arbitrary date, August 15, 2007 - it would give people who are now bent on violence and preventing somebody else from taking any political power, just give them the opportunity to wait until August 16, 2007?

BRZEZINSKI: A lot of that violence is directed at us and that is...

SIMON: Well, let me point out the obvious, something like a - in that terrible market bombing the other day that killed more than 60 people, I don't believe there were any U.S. servicemen who were killed or were targeted. I think on the contrary, overwhelmingly the violence in recent months have been directed towards Iraqis.

BRZEZINSKI: But the violence against us will stop and at least those who are committed to violence because they want to fight occupiers will no longer have the motive to participate. Now, the sectarian violence will continue, but that violence is more likely to be resolved by the Iraqis themselves than by a foreign occupation army.

BRZEZINSKI: Certainly I would think it would make sense to have some troops nearby, for example, in Kuwait. Secondly, it is conceivable that the Kurds in North of Iraq may have a special interest in some arrangement for American presence in some fashion, perhaps not permanent bases, but some facilities that can be used by American troops on short notice, because they might feel vulnerable to their neighbors, who fear an eventually independent Kurdistan.

SIMON: The President, of course, has referred to Iraq as the frontline in the war on terrorism. If the United States isn't there anymore, does that - where does that frontline go?

BRZEZINSKI: I honestly and with due respect for the President have to say that that's a totally demagogic slogan. What does it mean? Is the notion that those who are setting off explosive devices against our troops, who are participating in sectarian violence then going to swarm somehow across the oceans and attack the United States? The reason they're doing that is because of what is happening in Iraq. That violence occurs because we chose to go into Iraq and we chose with very poor planning, particularly for the post-military success phase.

SIMON: When you made your proposal, Iraq didn't have this new government that is headed by Prime Minister al-Maliki. Do you get an impression from the distance that this is a government that has the wherewithal to make the kind of decisions that you're urging them to make?

BRZEZINSKI: I think it's rather mixed and I think only a discussion about eventually U.S. departure and setting a joint date for it will clarify which of the Iraqi politicians feel confident enough that they have staying power once we're gone and those who basically hang out in the Green Zone, the American fortress in Baghdad, and will have their suitcases ready when we decide to leave. And it's the former rather than the latter that we have to rely on in the long run.

And incidentally, I discussed this four-point program with a top administration official and that person looked at me and kind of smiled and said, well, Zbig, this may surprise you, but we plan to do something along those lines, except we're going to call it victory.

SIMON: Zbigniew Brzezinski, who was National Security Advisor in the Carter Administration, now a counselor and trustee at the Center for Strategic and International Studies in Washington, D.C. Thank you very much, sir.