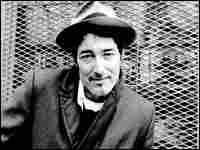 Taking cues from the storytelling tradition of singer-songwriters like Bob Dylan, Van Morrison and Tom Waits, Jesse Denatale writes songs with depth, ingenuity and remarkable craftsmanship. Although heavily indebted to the work of those legendary singer-songwriters, his gripping and emotionally powerful songs never sound derivative; everything Denatale does is imbued with his distinctive "Troubadour Soul" style, which often incorporates elements of soul and R&B.

With his 2003 debut album Shangri-La West, Denatale was finally able to bring his soulful blend of folk storytelling and R&B to a wider audience, earning him much-deserved critical acclaim. Soul Parade, its follow-up, continues to develop his songwriting style, placing his poetic and engaging lyrics in the forefront of his sound.