Accessibility links
'Rejuvenile': Why Adults Are Attracted to Kid Stuff Author Christopher Noxon talks about a new breed of parents that he calls "rejuveniles" and the phenomenon that has these adults hanging on to their youth. Noxon and New York magazine contributor Adam Sternbergh discuss the trend.

Listen
'Rejuvenile': Why Adults Are Attracted to Kid Stuff 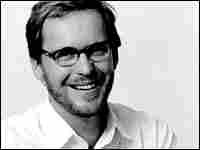 Author Christopher Noxon talks about a new breed of parents that he calls "rejuveniles" and the phenomenon that has these adults hanging on to their youth. Noxon's new book, Rejuvenile: Kickball, Cartoons, Cupcakes and the Reinvention of the American Grown-up details the ins and outs of these Peter Pans. Noxon discusses his thoughts on child-like adults. Also joining the conversation is the author of an article on a similar New York phenomenon which he calls "grups."

Adam Sternbergh, wrote the article "Up with Grups" in the April 3 issue of New York magazine 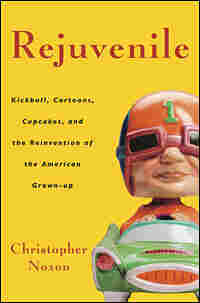 Why Now, Why Here, Why at All?

Meeting this motley assortment of adults who share similar tastes, enthusiasms, and insecurities, one question pops up again and again: why? Twenty years ago, a grown man who built a skateboarding ramp in his backyard or filled his office with superhero paraphernalia would be viewed as softheaded or not quite all there. Today, he’s more likely to be celebrated as iconoclastic and hip. What happened in such a brief period to bust down the walls that once kept adult interlopers locked away from things loved by children.

Most obviously, the rejuvenile is a product of affluence and abundance. It’s hard to nurture your inner child when you’re struggling to keep food on the table. While a surplus of discretionary income has certainly given adults the means to more fully realize their aspirations, that doesn’t explain why other, more mature pursuits -- bridge, anyone? -- have simultaneously fallen from favor. Rejuveniles themselves say their attraction to kiddie culture is at least in part a response to uncertain, anxious times -- the terrorist attacks of 2001, followed by infectious disease scares, a convulsing stock market, war overseas, and natural calamities at home have generated a strain of free-floating anxiety that seems uniquely sated by childlike comforts. As explained by Cyma Zarghami, general manager of the children’s network Nickelodeon, whose flagship cartoon SpongeBob SquarePants emerged after the 9-11 terrorist attacks as a totem of chaotic playfulness for kids and adults (a full 26 percent of SpongeBob’s audience in 2003 was over eighteen), we are simply seeking comfort in jittery times: "Especially around 9-11 and the war, we’re all attracted to someone who’s ridiculously optimistic," says Zarghami. "I can’t see how that’s a bad thing."

Other more immediate demographic changes are shaping the rejuvenile character. At work, looser hierarchies have eased long-standing pressures to conform -- witness row upon row of cubicles piled high with lunch boxes, action figures, and Beanie Babies. At home, changing gender roles have blurred traditional roles of authority, prompting many adults, both men and women, to identify with their kids in ways their parents would have found ridiculous. And perhaps most significantly, the fact that we’re living as many as seven to eight years longer than adults fifty years ago has kept us in tune with our childlike sides longer than ever. As our life spans stretch out, whole new stages of development are emerging -- those periods of adult life that Gail Sheehy calls "bright new cities." In the absence of uniform zoning laws, it’s perhaps not so surprising that many of us have reconstructed the carnivals, playgrounds, and nurseries that provided the backdrop for our most vivid early memories.

Many rejuveniles offer a more straightforward explanation for their tastes: They just like this stuff. The culture of children, they tell you, brims with qualities -- wonder, adventure, absurdity, make-believe -- in short supply in the adult world. Those qualities may be associated with childhood, but they’re essentially, even primitively, human. A century ago, Walter Crane, the illustrator of the first picture books, spoke of how the new medium gave him license to "revolt against the despotism of facts," a sentiment shared by many of today’s rejuveniles. "Comics get past our adult critical defenses," explains Pulitzer Prize–winning cartoonist Art Spiegelman. "Like the best stuff in kid culture, they appeal to our lizard brains." 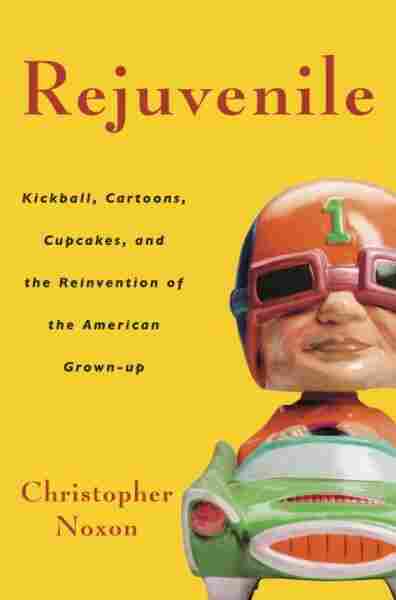