Accessibility links
Zoe Heller on a Joseph Roth Classic Zoe Heller realizes that her work may not have much in common with Joseph Roth. But Roth's The Radetzky March, she says, has a quality to it that she would not mind emulating. His writing makes Heller feel "a surge of renewed enthusiasm and energy for the business of novel-writing." 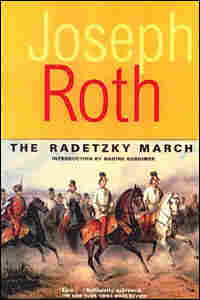 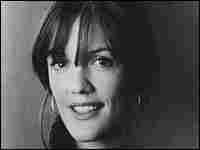 Zoe Heller was born in England in 1965. Her most recent novel, What Was She Thinking, was shortlisted for the Booker Prize in 2003 and has now been adapted for the screen. (The film, starring Judi Dench and Cate Blanchett, is to be released in December 2006.) Her next novel, The Believers, will be published by Henry Holt in 2007.

Joseph Roth's 1932 masterpiece, The Radetzky March, captures with remarkable fullness the abrupt passage of the Old Europe into the modern world. Roth captures this big theme in an arresting account of the rise and fall of one imperial Austrian family: the Trottas, a line of Slovenian peasants who came into nobility when an army lieutenant in the line famously saved the life of Kaiser Franz Joseph at the Battle of Solferino in 1859. Promoted to captain and given a title, Baron Joseph von Trotta retires into rural obscurity and dies; his son, Franz, grows up to be a nondescript government functionary.

Franz's bumbling son, Carl Joseph, resumes the family's military vocation at his father's urging, with consistently disastrous results. He ineptly thrusts his best friend, the Jewish doctor Demant, into a senseless duel. He takes a married lover, and piles up gambling debts and lost alcoholic weekends in a remote military outpost near the Ukrainian border. A crisis builds that would permanently jeopardize the family's honor and good name, and the machinery of imperial favor lurches into gear one final time -- only to be overtaken by the assassination of the Kaiser's son Franz Ferdinand and the approach of the Great War.

Roth relates all these misadventures, great and small, in a supple, quietly omniscient narrative, treating the fate of a servant's canary with the same rounded and compassionate voice that he uses to record the unprecedented horror of the World War I battlefield. NPR discussed Roth's achievements with Zoe Heller, author of What Was She Thinking and Everything You Know.

Q. I was a little surprised when you chose a historical epic about the decline of the Austro-Hungarian empire. I'm a big fan of your fiction, but I didn't see a whole lot of overlap between your work and Joseph Roth's. Or am I wrong?

I'd be hard-pressed to claim that Roth has influenced my own writing since I didn't get round to reading this book (or anything else of Roth's) until about six months ago.

There's certainly not a lot about military life or imperial decline, or the relationship between the individual and the state in my fiction, and I think we can safely say that my name is never going to appear alongside Roth's on one of those Amazon.com recommendation pages. ("People who bought The Radetzky March, also bought Zoe Heller's book...")

On the other hand, the things I really love about The Radetzky March -- the intricate set-piece scenes, the extraordinary, sensuous language, the sense of lived reality captured in a bell jar -- are certainly things that I wouldn't mind achieving in my own writing. When Roth writes so magnificently about the death of the District Commissioner's faithful retainer, Jacques, or about the cuckolded husband of Frau Slama returning Carl Joseph's love letters to him, or about the death-in-life of a Trotta Sunday lunch -- I could go on and on -- I feel a surge of renewed enthusiasm and energy for the business of novel-writing.

I'm not sure why this should be the case. My response might just as easily -- and perhaps more rationally -- be one of intimidation and hopelessness: I'm never going to write stuff like this, so why bother? But for whatever reason, it isn't.

Q. Yes, I agree that the vivid and lived quality of Roth's writing, and his incredibly detailed powers of observation, make this book seem itself almost a living thing. At the same time, it's odd to find inspiration in a book with so many bleak themes -- the passing of the old regime, the onset of World War I's anonymous mass slaughter, etc. Is there anything, well, redemptive, in the novel's content -- e.g. Roth's frequent evocation of the Trottas' peasant background, and their happiness in simple village life?

A. I don't want to give the impression that this book is a depressing experience. It's actually an enormously energetic and exhilarating work.

But the redemption, such as it is, lies in its style, rather than its content. There isn't anything, I think, to counterpose the bleakness of this book in strictly thematic terms. I question whether the memories of the Trotta dynasty's peasant origins serve any sort of serious consolatory purpose. There's a strong suggestion, after all, that Carl Joseph's visions of his ancestors' simple, bucolic contentment are a sentimental idealization of the past. And in any case, his hankerings for his roots are clearly futile. The future is grim, Roth says, and the past is irretrievable.

Q. Right, and there's not a whole lot to be mourned in the past, either -- its anti-Semitism, its rigid strictures and social codes, all of which can turn lethal at any moment.

Yup. The Radetsky March may be an elegy for the glories of a lost era, but it's far from being a work of straightforward nostalgia. The cramped emotional lives of Carl Joseph's father and grandfather, the furtive awkwardness and painful alienation that Carl Joseph and so many of his fellow soldiers experience in the army -- these are hardly advertisements for the joys of imperial service. (Among other things, this book is a very moving portrait of what men suffer to meet a masculine ideal.) For every swooning account of Austrian splendor -- the gorgeous description of Vienna's annual Corpus Christi celebration, for example -- it seems to me, you can find an opposing instance of the Austrian state's deathly effect on its subjects -- for example, the pathetic fate of Carl Joseph's one true friend, Dr. Demant.

Ultimately, though, these questions about Roth's themes and vision and so on, makes me realize how little my enjoyment of this book has to do with its big ideas. To be honest, I'm much less compelled by Roth's final judgment on the Ancien Regime, or his views on modern Europe, or his ruminations on Fate, than I am by his descriptions of faces and shoes and villages. I don't think this is a distinctively female response to the book or anything like that. I just think Roth is a better, more interesting writer when he's describing the details, the texture, of life, than when he's giving us grand asides about life's dramatic ironies. I feel much the same way about Tolstoy: I'll take a battle scene from War and Peace over one of its extended riffs on history and God, any day.