Accessibility links
The Greatness of Mumbai (Formerly Bombay) Mumbai native, and author, Suketu Mehta talks with Steve Inskeep about his home town. With 16 million people, it's the cultural and financial capital of India. Mehta describes the jammed trains in the densely populated city as a "great social laboratory." He also details how the city's name came to be changed from Bombay to Mumbai.

Mumbai native, and author, Suketu Mehta talks with Steve Inskeep about his home town. With 16 million people, it's the cultural and financial capital of India. Mehta describes the jammed trains in the densely populated city as a "great social laboratory." He also details how the city's name came to be changed from Bombay to Mumbai.

This week's train bombings in Mumbai got us thinking about one of the world's great cities. Mumbai, also known as Bombay, is the cultural and financial capital of India.

To understand how crowded it is, consider that it's about the same land area as Albuquerque, which has a population of less than half a million. And in the same space, Mumbai jams 16 million people. Millions crowd every day into trains like the ones that were bombed this week.

Mr. SUKETU MEHTA (Author, Maximum City: Bombay Lost and Found): If there was one place that they could attack which would really unify the city, it was the trains, because everybody rides on the trains, rich or poor. It is a system stretched to the breaking point. It ferries six and a half million passengers a day. There's literally no room to move.

But inside there are people who are singing songs, they're playing cards, they're chopping vegetables. They basically have a social network inside the trains.

INSKEEP: Excuse me. Someone's standing there and they can barely move their hands, you've got your hands crushed up against your chest and you're holding a hand of cards or chopping with a knife?

Mr. MEHTA: That's right. There will be people literally hanging out of the doors, but they'll make just enough room for people to enjoy a game of cards. People will have laps reserved for passengers coming further down the route. You'll see people doubled, and sometimes tripled up on each of those laps.

I found the trains interesting because they really symbolize Bombay's infinite capacity to adjust with overcrowding.

INSKEEP: How does this city adjust to disasters?

Mr. MEHTA: Well, it seems to have had a bad run of disasters lately. I mean, we had the riots of '92-'93, the bombings. Every couple of years there are bombings. Then there were the catastrophic floods of last year, 37 inches of rain in one day.

And what I found interesting about the floods and now about these bombings is the tremendous social networks that exist in the city. As with the flooding last year, people had lost faith in the government to provide essential civic services. So people help each other, because they have no choice. And the same thing is happening right now.

The trains were back and running within 24 hours. People today are going back to work. The schools are open. The offices are open. Bombay's back on its feet.

INSKEEP: Mr. Mehta, there's one other question that we've been wondering this week. As we say again and again, Mumbai, formerly known as Bombay, how'd that change happen?

Mr. MEHTA: In 1995 there was a Hindu nationalist party named Shiv Sena which was in control of the state legislature and also the city municipality. And it looked around and saw the enormous problems afflicting the city, the lack of essential civic services, the badly overcrowded public transport system, the lack of security, and it decided to take decisive action. It changed the name of the city to Mumbai, hoping perhaps, that if you just call the city by a different name, those problems will go away.

INSKEEP: I just want to understand. Bombay was the old colonial name and therefore was seen as unacceptable, is that it?

Mr. MEHTA: That was the reasoning of the Shiv Sena, that because the British had named it Bombay, that they should call it Mumbai, which they held was the name of a Hindu goddess that presided over the island.

But most people have always called it Mumbai when speaking Marathi and Gujarati, and Bombay when speaking English. Most people never saw a reason to privilege one name over all the others. For me, the city will always be Bombay.

INSKEEP: Suketu Mehta, author of Maximum City: Bombay Lost and Found. Thanks for speaking with us. 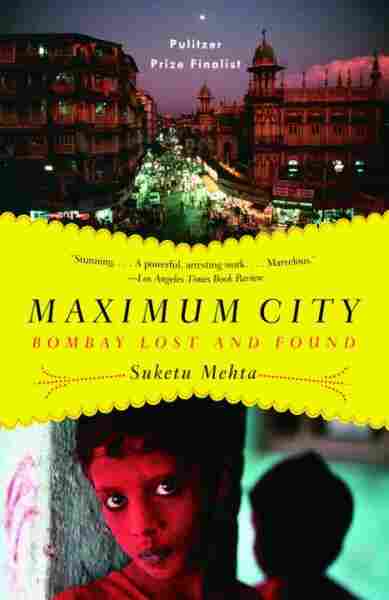