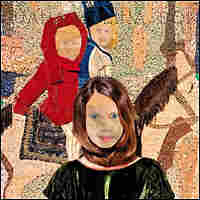 During much of the 1990s, singer and songwriter Juana Molina starred in a popular weekly comedy show on Argentinian television. In 1998, she gave up that career to explore music and first attracted international attention in 2002, with a homemade CD titled Segundo.

Since then, Molina has toured constantly, opening for David Byrne and others. She says that her live, solo performances inspired the music on her new, eerily beautiful CD, Son. 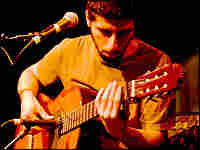 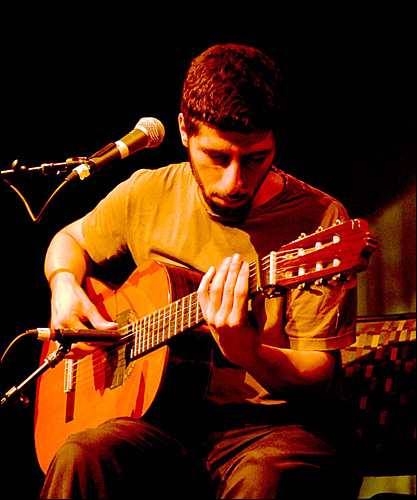 Jose Gonzalez makes delicate, acoustic music, usually with just a classical guitar and his gentle voice. On his debut release, Veneer, he evokes the work of Nick Drake with a touch of Brazilian Tropicalia.

Born in Sweden, Gonzalez grew up listening to Latin American music as well as American and UK pop. He experimented with various styles, including hard rock, before finding his own, quieter style. With just one album, Gonzalez has drawn a cult-like following in Scandinavia and Britain.

Juana Molina is a former comedian and actress from Argentina. In 2003, she gave up a successful TV career to follow her childhood dream to become a musician. Her debut album, Segundo, showed Molina had a gift for crafting beautifully textured electronic songs with acoustic guitar and a wisp of a voice. In live performances, Molina produces all the sounds herself with synthesizers and looped vocal harmonies.

Psapp is the London-based duo Carim Clasmann and Galia Durant. The two share a love for electronica, jazz, folk, and pop. Durant sets her sultry vocals against a backdrop of odd instrumentation, including xylophones, drum machines and organs. Psapp (pronounced 'sap') has released two CDs: 2004's Tiger, My Friend and this year's The Only Thing I Ever Wanted. Their music has appeared on the TV shows Grey's Anatomy and The O.C.